The Labour left is not mincing its words. 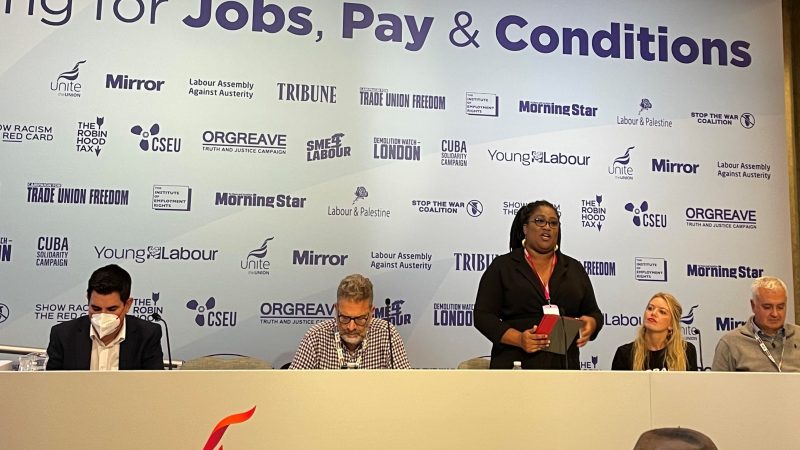 Angered by Keir Starmer’s rule changes that have doubled the number of MP nominees a leadership candidate needs to be on the ballot, members of the Socialist Campaign Group of left-wing Labour MPs are out in force.

One, Streatham Labour MP Bell Rebeiro Addy, told a Stop the War coalition event on Tuesday afternoon: “If people just didn’t leave the Labour party, things could have been better…

“For all of those that joined to vote for Jeremy [Corbyn], then voted Keir [Starmer], then left, it’s like taking a crap in the toilet and forgetting to flush.”

She called on anti-war and socialist activists in the party to get organised.

In the same meeting, left-winger Richard Burgon MP claimed: “Rumours of the death of the Labour left have been somewhat exaggerated.” He hit out at “politicians who go round pontificating” about China. “[The UK] should put our own house in order” on human rights, he said.

And he criticised “shabby second-rate MPs who vote for war after war after war…strutting the stage in that pathetic ways like pound-shop Churchills”.

Suspended former leader Jeremy Corbyn MP also spoke, telling the packed Unite-sponsored event: “The history books of this century are going to be pretty damning to those politicians who’ve turned their backs on refugees.” He called for ‘engagement’ with China on human rights, opposing the recent Aukus military pact between Australia, the US and UK. “The pact is designed to surround China” and will lead to “proxy wars,” he said.

Conference has delivered several rebukes of the leadership’s foreign policy, including condemning the Aukus pact and demanding sanctions on Israel.

UPDATE 5pm: A line from this piece was removed following a complaint that it had allegedly reported a ‘private conversation’.