An historic motion on Palestine has been passed at the Labour Party conference, which acknowledges that Israel is practicing apartheid and calls for strong sanctions. 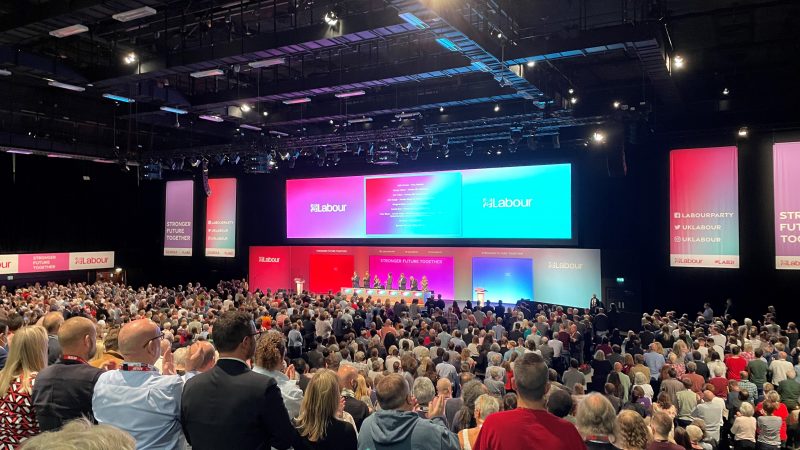 The Labour Party conference has voted in favour of a motion that references the identification of Israel as a state practicing the crime of apartheid.

It is the first time in the history of any major political party in the UK that such a motion has been passed.

Passed by an overwhelming majority

The motion was brought by Labour’s youth section and was passed by an overwhelming majority following a brief debate. The vote is not binding on the Labour leadership. It does however show that grassroot party membership remains in support of Palestinian rights and putting an end to the UK’s involvement in Israel’s occupation of Palestinian territory.

The motion condemns Israel’s violence against Palestinians in Jerusalem, its ongoing Nakba in Palestine, its deadly assault on Gaza, which killed 67 children in May, as well as its de facto annexation of Palestinian land through illegal settlement expansion.

Represents strength and solidarity with the Palestinian people

The Palestinian Solidarity Campaign (PSC), which seeks for peace, equality and justice against racism, occupation and colonisation and is the biggest organisation in the UK dedicated to securing Palestinian human rights, welcomes the historic motion.

“We welcome this important and historic motion which represents a significant step for the Labour party in acknowledging the reality of the system of apartheid imposed by Israel on Palestinians. It also recognises the consequences that flow from this analysis in terms of sanctions and the ending of any trade which supports Israel’s violations of international law.

“Despite huge pressure imposed on Labour to reverse policy commitments made at Conference in 2018 and 2019, this demonstrates the strength of solidarity with the Palestinian people amongst Labour’s grassroots members and within the trade union movement. It is time impunity ended and accountability started.”

The passing of the motion is not without its opponents. Speaking against it was Steve McCabe MP, chair of Labour Friends of Israel, who said:

“The composite motion is too shouty, it’s too angry, it’s too one sided and it’s not at all focused on the search for peace.”

Expressing support for the motion but upholding reservations about the extent one should rejoice over it, lawyer Chris Corney, tweeted:

“I agree with the motion passed by Lab conference, but for me it is not something to be gloated over that modern Israel has sunk to this. It’s a tragedy for Jews and Palestinians. I believe it can be reversed. There are so many decent peaceful voices on both sides.”