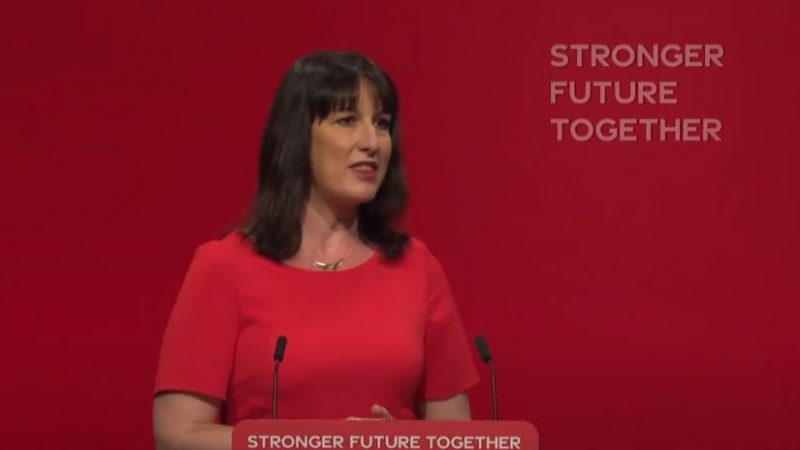 An additional £28bn a year to tackle climate crisis

Perhaps the most headline-grabbing was related to fighting climate change. Vowing to be Britain’s first “green chancellor”, Reeves promised “an additional” £28 billion a year to tackle the climate crisis.

Reeves said she would commit an extra £224 billion to invest in new green technologies, including offshore wind farms, more cycle paths and battery factories for electric vehicles over the course of the decade.

“I will invest in good jobs in the green industries of the future; giga-factories to build batteries for electric vehicles; a thriving hydrogen industry; offshore wind with turbines made in Britain; planting trees and building flood defences; keeping homes warm and getting energy bills down; good new jobs in communities throughout Britain.

“In other words: protecting and strengthening our everyday economy. And to make this a reality, to unlock that potential, and protect our planet for future generations,” said Reeves.

She added: “I can announce today Labour’s climate investment pledge, an additional £28 billion of capital investment in our country’s green transition for each and every year of this decade.

“I will be a responsible chancellor. I will be Britain’s first green chancellor,” Reeves told the conference hall.

Another key proposal set out in her speech was the promise that a Labour government would freeze business rates in England until 2023. Reeves said that the party would eventually scrap business rates entirely and replace them with a new ‘modern’ business tax in what would be the “biggest overhaul of business taxation in a generation”

The shadow chancellor used her speech to cite examples of personal protective equipment (PPE) contracts being handed to those with links to the Tories. She said that Labour will set up a team to review the contractors and where suppliers have not delivered on PPE promises, the government will seek to get its money back.

Reeve’s speech has been warmly welcomed by many who see her pledges as a step forward.

“A real step forward from @RachelReevesMP and Labour on the economy and business today. Seeking partnership, backing green investment and scrapping a business rates system that hinders growth. Still some tricky questions, but overall welcome.”

Other commentators pointed to the loud applause the shadow chancellor received when announcing that Labour expects to get the money back on Covid-19 contracts that haven’t delivered.

DeeDee Banks, entrepreneur and private equity investor, shared their enthusiasm, tweeting: “Wow! #Labour’s #RachelReeves is not playing hide and seek with the Tories, she is out to ruin their chances of every getting back into power. She is on fire!! This is one speech for the archives. If this doesn’t energise the voters to vote Labour nothing else will. #Lab21.”

“The shadow chancellor is right to highlight that reforming Business Rates must also be placed within a wider context of how businesses are taxed and the need to build a tax system fit for the future, including how online-only businesses are taxed. However, any changes must be done in close consultation with business and international partners to ensure the UK can continue to compete effectively on the global stage.

“Care should also be taken when reviewing tax reliefs as they can play an important role in incentivising investment that may not happen otherwise.

“The promise of extra investment to aid the transition to net zero is a much-needed step. However, there also needs to be a great focus on supporting smaller firms who remain understandably concerned about perceived extra costs and red tape if they want to change.”