Have delays, dithering and complacency meant we have tripped up at the final vaccination programme hurdle, asks Dr Joe McManners. 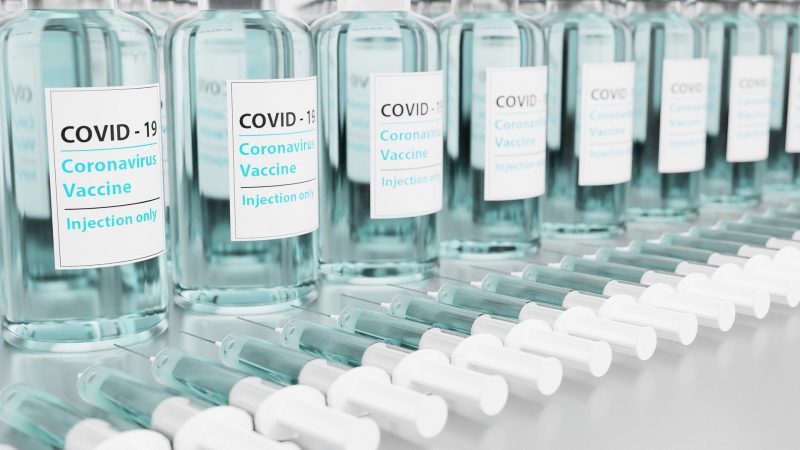 Dr Joe McManners is a full time GP, and an ex-Oxford City Councillor.

Earlier this year, the government made a great fanfare of the success of the vaccination programme. They looked for political credit and arguably gained success during the May elections as a result.

That was then. The UK was quick out of the blocks in the race to vaccinate the population, accelerating away from European rivals – with ministers quickly establishing bragging rights. However, since the early summer we have slipped down the pack and now have vaccinated less of our population than many equivalent nations.

Have we tripped up at the final hurdle?

Now there are two glaring problems that face us in the vaccination problem as we head into autumn, which government inaction and dithering has led to.

Case for vaccinating teenagers is positive

Firstly, and perhaps the more understandable one – vaccinating 12-15-year-olds, which, admittedly, there are pros and cons.

The government for too long has outsourced this decision to the Joint Committee on Vaccination and Immunisation (JCVI). This committee is a respected group of scientists that has proven to be reliable in determining priority and scheduling of vaccinations – an exercise it is well qualified to do as it is a mainly scientific and evidence-based process.

Vaccinating teenagers isn’t as straightforward as previous tasks, as the benefits are more than purely to the health of each individual vaccinated – unlike say an eighty-year-old.

The committee when faced with this balanced situation was clearly split when it went to a vote but recommended against it.

The direct potential benefit to an individual is still greater than the potential harm, but it is more marginal than for older groups. However, if the educational, psychological, social and economic benefits of preventing outbreaks in schools are taken into account, the case for vaccinating teenagers is much more positive.

The JCVI indicated several weeks ago that this would ultimately be a political decision, as governments are able to look holistically at the whole problem, which is part of their functions.

By farming this problem out, the government has introduced unnecessary delay, as we are now likely to be weeks into the autumn term before this happens. Consequently, it has put the health and education of young people at risk.

At the time of writing, the green light for the booster campaign is still awaited. We expected a decision back in June/July. Dithering will have caused harm to health, this time to the vulnerable and elderly. This cohort was vaccinated in late December /early January and there is a lot of evidence that their immunity may be waning, I have had vaccinated elderly patients die recently after contracting Covid-19.

In primary care this has caused confusion and concern. We are risking being unable to vaccinate vulnerable groups before the long nights and cold weather inevitably bring a surge of cases for these people. Even when we get the long-awaited green light, the lag time in delivery and booking means it will be weeks. It is important to be able to plan these programmes – staff are incredibly stretched and to implement a booster campaign we have to ask people to give up their days off and weekends – this can’t be done overnight.

Ministers are ducking the issue

Again, the problem seems to be ministers ducking an issue and failing to get a grip on the key and timely political decision making. Perhaps complacency has set in? These issues are hard, no-one disputes this, but the focus seems to have slipped. The ball seems to have been dropped.

If there was some barrier to booster vaccinations – such as a supply issue -, be honest about it. But if there aren’t any, then having a summer holiday from decision making delaying, and then expecting the NHS to deliver another large-scale vaccination programme immediately when in crisis is simply not fair.

It is already too late to boost the most vulnerable before the days shorten and the temperature drops, a time of the year when respiratory viruses proliferate as people spend more time together inside. Let’s hope the consequences of this are not too serious.