‘One rule for them, another for us’. 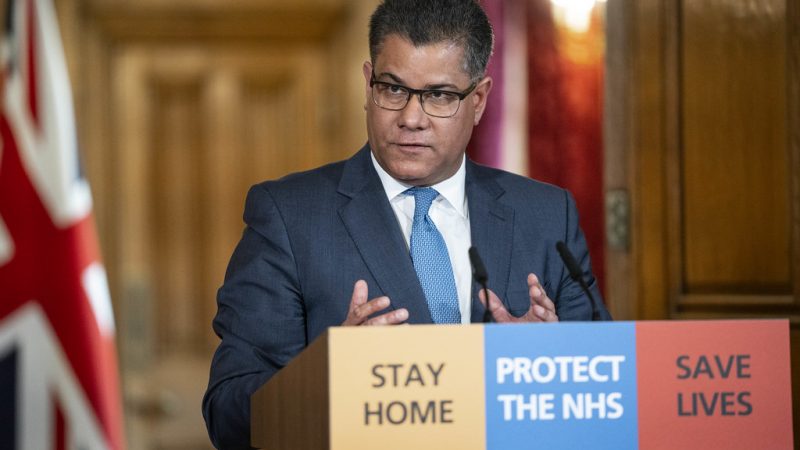 Tory climate minister Alok Sharma has been accused of hypocrisy after it was revealed that he has travelled to 30 countries in the last seven months in his role as president of the COP26 climate conference without isolating upon his return.

The MP for Reading West has been given a special exemption from hotel quarantine under rules applying to ‘crown servants’, which means ministers are exempt from quarantining on their return if they are carrying out ‘essential government work’.

The Daily Mail reported that he visited at least six countries on the red list.

UK citizens on the other hand are told not to travel to red list countries ‘except in the most extreme of circumstances’. However, should they do so, they are required by law to quarantine in a government approved hotel for 10 days.

The Daily Mail also claimed that just days after returning from red-listed Bangladesh, Sharma met with Prince Charles with no mask, before making a further visit to a primary school.

Despite the exemptions, Sharma faced some scathing criticism, with Labour MP David Lammy telling Sky News it was ‘one rule for them, another for us’.

He said: “Of course some international travel is required but this amount of international travel when you’re climate change minister feels bizarre and feels to not be setting the example, particularly when there’s quite widespread criticism of Britain’s response to COP with just 100 days to go.”

He added it was more of the same from a government who feels that the rules do not apply to them and their ministers and group of friends.

In response to the story, Green party peer Jenny Jones tweeted: “I despair at the inability of Tory Ministers to grasp their hypocrisy, of talking about our #ClimateEmergency then behaving as normal.”

A UK Government spokesperson said: “Helping the world tackle the climate emergency is an international priority for the Government. Virtual meetings play a large part, however face to face meetings are key to success in the climate negotiations the UK is leading as hosts of COP26 and are crucial to understanding first-hand the opportunities and challenges other countries are facing in the fight against climate change.”