In a conference Richard Tice claimed without any evidence someone 'must have had a word'. 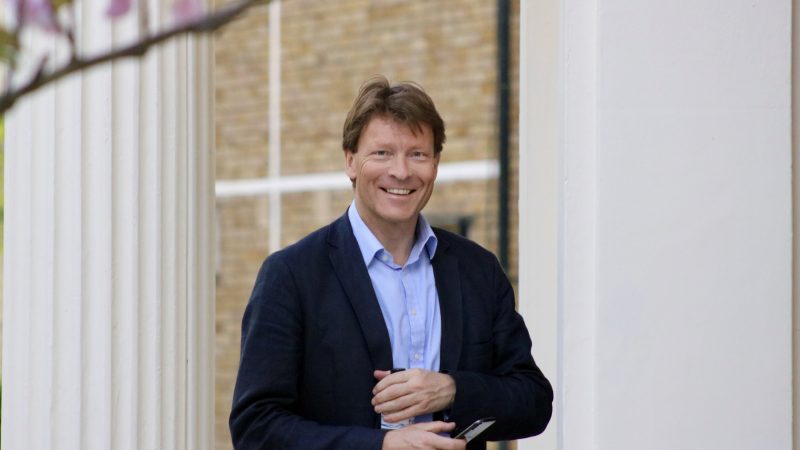 The leader of Reform UK has claimed ‘political pressure’ was behind his organisation’s bank account being shut down. Previously known as the Brexit Party, the right-wing party has now pivoted towards railing against lockdowns and other Covid restrictions.

Richard Tice, who was turned down by four high street banks before opening an account with Metro Bank, called the decision to close down his party’s account ‘unprecedented’. The bank sent him a letter in late July informing him that his account would be closed in 60 days.

In a press conference on Monday, Tice said: “This is extraordinary, this is unprecedented, and it is without question in my mind, the result of political pressure. Someone, somewhere, somehow has applied pressure. There is no explanation that I can think of.”

Despite admitting he had no concrete proof of political interference, Tice insisted that someone must have ‘had a word’ to get his account closed. He went on to announce he would be writing to the governor of the Bank of England to ask that the Bank of England provide bank facilities for parties unable to secure mainstream bank accounts.

Tice compared Reform UK to a new start-up, adding that things got ‘a lot quieter’ during the pandemic but that ‘millions of pounds’ would have soon come through the account. He announced that the party, which is currently polling at 3%, plans to stand more than 500 candidates in the next election.

Metro Bank said it regularly shut down accounts that are ‘no longer commercially viable’ and stated it was ‘politically neutral’.