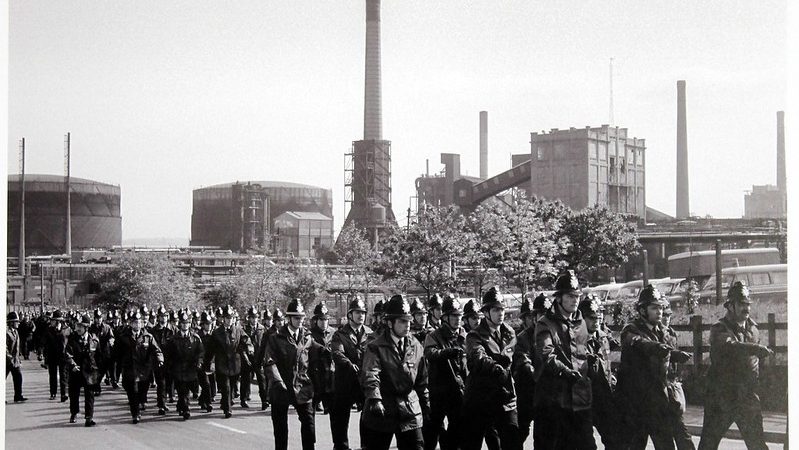 Around 400 miners in Scotland were convicted for their actions during the historic strike that gripped Britain in 1984-85. The defeat of the miners and their union, the NUM, left communities reeling – with many still bearing the scars.

Now the Scottish Government has published its response to proposals that could help clear the name of many who were convicted while opposing the pit closures.

Hundreds of people – including former miners – responded to a consultation from the Scottish Government that ran from March-June, on whether those who were convicted while taking part in the strike should have their convictions commuted.

In its response to the consultation, the Scottish Government notes that the miners’ strike of 1984/85 is recognised as one of the ‘most bitter and divisive industrial disputes in living memory’. In Scotland, there were an estimated 1,350 arrests linked to the strike, and around 470 court cases, with around 85% of these leading to a conviction. The Thatcher government saw strict police crackdowns on trade unionists as central to its strategy for undermining the strike.

Many of those convicted say their criminal records effectively blacklisted them from future employment, adding to the trauma of losing their mining communities.

“Concerns about the strike, the policing of the strike and its impact on individuals and communities continue to this day, more than three decades later.

“Across all questions, a large majority of respondents were in favour of the proposals to pardon all miners who had been convicted of offences relating to the 1984/85 miners’ strike, and wanted the criteria for a pardon to be as inclusive as possible,” the government response stated.

It follows an earlier review which made just a single recommendation: that the Scottish Government should introduce legislation to pardon men convicted for certain offences related to the strike, including breach of the peace.

A collective pardon would ‘symbolise a desire for truth and reconciliation, following the decades of hurt and anger and misconceptions’ and bring ‘a restoration of dignity to a number of miners, their families, and their communities’ the review noted.

The public consultation – published today – found 87 per cent of respondents agreed that miners convicted of breach of the peace should be pardoned, while 86 per cent backed a pardon for breach of bail, the Herald reports.

The Scottish Government is being urged to act swiftly upon the consultation responses and introduce legislation for a full pardon.

Roz Foyer STUC General Secretary said: “It has been all too clear for decades that the miners were the victims of a politically inspired political attack and that organs of the state, including the police were used to repress their legitimate industrial action.  Thousands of lives were wrecked by the closures and by wrongful arrest.

“We now need the Scottish Parliament to recognise this fact – as many MSPs already do – and to bring in the necessary legislation which, though it will not repair the damage that has been done, may give some comfort to the families and communities affected by this injustice.”

Campaigner and former Labour MSP Neil Findlay said the development was ‘great news’: “There is clear and overwhelming support for a full pardon for all who were unfairly convicted during the strike. I now look forward to the Scottish Parliament passing the necessary legislation at the earliest opportunity.”

Many of those who were convicted during the strike have now passed away, but posthumour pardons are possible.

In 2017, thousands of gay and bisexual men convicted of now abolished sexual offences were posthumously pardoned, recognising that the law and its implementation were unjust.