The foreign secretary was in Crete on Sunday while the Taliban was taking over Kabul. 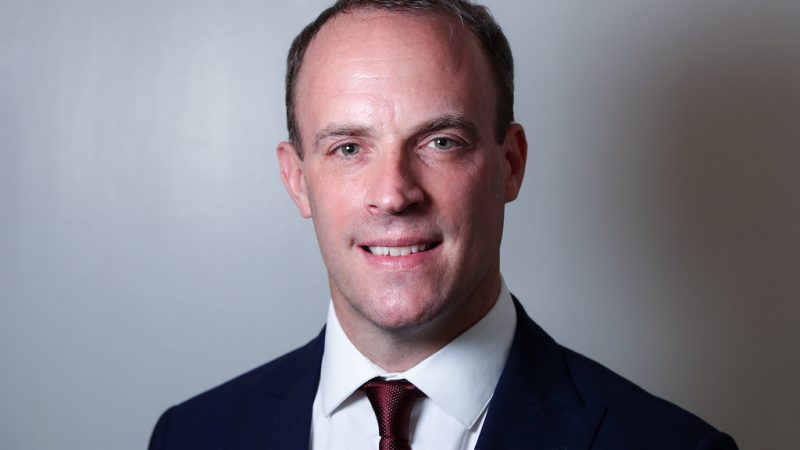 The foreign secretary is under growing pressure to resign after reports he failed to make a vital phone call over the evacuation of Afghan interpreters while he was on a luxury holiday.

Dominic Raab faced scathing criticism from opposition MPs yesterday during the debate on Afghanistan, when Labour leader Keir Starmer said he ‘wouldn’t stay on holiday while Kabul was falling.’

The foreign secretary was in Crete on Sunday while the Taliban was taking over Kabul, as refugees desperately tried to escape.

The Daily Mail have now revealed that senior aides desperately tried to get Raab to contact Afghan foreign minister Hanif Atmar last Friday about getting Afghan interpreters out of the country without passports or visas if need be.

Senior officials are said to have told him: “We recommend the foreign secretary urgently calls the Afghan foreign minister Hanif Atma.”

However, Raab is said to have delegated the task to junior Foreign Office Minister Zac Goldsmith. The paper claims that Afghan authorities initially refused to set up a call with a junior minister, meaning crucial time was lost that could’ve been used to save more Afghan interpreters.

Those revelations have now led to growing calls for Raab to quit, with shadow foreign secretary Lisa Nandy saying this morning: “How can Boris Johnson allow the foreign secretary to continue in his role after yet another catastrophic failure of judgement?

“If Dominic Raab doesn’t have the decency to resign, the prime minister must show a shred of leadership and sack him.”

Labour leader Keir Starmer took to Twitter to add: “Who wouldn’t make a phone call if they were told it could save somebody’s life?”

Liberal Democrat foreign affairs spokeswoman Layla Moran also added to calls for Raab to resign saying he must do so ‘today’.

The SNP’s Westminster leader Ian Blackford accused the foreign secretary of a dereliction of his duties.

He said: “Tory ministers cannot wash their hands of responsibility for this foreign policy disaster.

“Dominic Raab has failed to perform his basic duties as foreign secretary, and he has put people’s lives at risk. His position is completely untenable and he must resign, or be sacked.”

Defence Secretary Ben Wallace sough to defend Mr Raab this morning, telling Sky News: “One phone call is not the reason we are where we are at the moment.

“I have had no problem dealing with the Foreign Secretary or the Foreign Office throughout this process.”