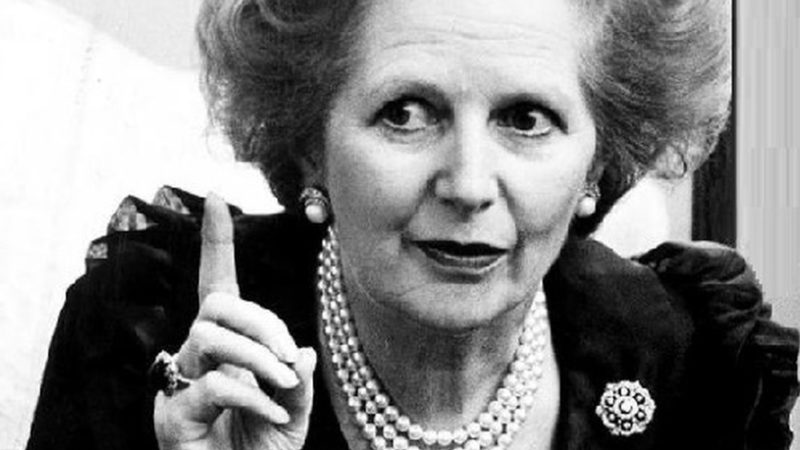 A Mail on Sunday column claiming unions ruled a ‘miserable’ 1970s Britain with ‘an iron fist’ repeats ‘right wing propaganda’ of the period. Following Boris Johnson’s comments about Margaret Thatcher giving the UK ‘a big start’ in fighting climate change by closing the mines, Sarah Vine decided to weigh in on the controversy.

Titled ‘Coal mines row shows the Left needs a lesson in 1970s history because Margaret Thatcher was well ahead of her time on climate change awareness’ the column is in fact not mostly about Thatcher’s climate credentials. Painting a rather bleak image of the country in the 1970s, Vine appears to place much of the blame on trade unions for ‘the horror of life’ in Britain.

The columnist accuses the left of ‘collective political amnesia’ before going on to make the argument that Thatcher made life better for working class people in the UK.

Professor of Political History Steven Fielding told Left Foot Forward that Vine appeared to be ‘reproducing the right-wing propaganda of the period’.

“She seems to blame the unions for the massive inflation which actually was mostly the massive hike in oil prices, which didn’t really have much to do with the unions. The unions responded to the massive price hike by trying to get better money for their members,” said Professor Fielding.

He pointed out that when Labour was elected in 1974, it brought the unions into a ‘social contract’, limiting wage rises of their members for the good of the economy.

“Unions might have been more powerful then than they are today, at least they had more members, but in cooperation with the Labour government they helped bring inflation down and also unemployment down. The economy was slowly recovering from that shock of inflation, in part thanks to the unions working with the governments,” said Professor Fielding.

In her piece Vine appeared to be using the Winter of Discontent as evidence of the unions being too powerful. But Professor Fielding said the workers were striking because they didn’t have enough money, partly due to unions keeping their wages low due to the social contract with the government.

“Most of those people who went on strike were the poorest of the trade union movement. The story is of course much more complicated than Sarah Vine presents it, but within the 1970s the unions did try to play a positive role in the national interest to bring inflation down and to help the economy through a very difficult period,” he added.

Ian Lavery MP told LFF: “The pontificating from certain political commentators telling people who grew up and worked in former mining communities how horrible our lives were back in the 70’s thanks to the trade unions is gut wrenching stuff.

The MP for Wansbeck and former miner rejected the ‘bizarre’ suggestion people were are holding up the 1970s as a ‘socialist utopia’.

“But thanks to the trade unions at the very least wages were on the rise, decent stable jobs you could raise a family on were available and our communities weren’t hollowed out to the bone, while the working class had a strong collective voice to counterbalance the parasitic form of capitalism Thatcher was to introduce.

“I welcome these people to come down and take a walk around some of the areas in constituencies like mine and then decide for themselves if they still think the legacy Thatcher left up in our communities has made the lives of working class people any better,” he added.

General secretary of the National Union of Mineworkers Chris Kitchen told LFF: “She is trying to play down how hurtful these comments were because we still have mining communities suffering from the pit closure programs.”

Mr Kitchen stressed that any claim that the mine closures were to combat climate change was inaccurate, pointing out we are burning the same amount of coal but importing it from overseas. Thatcher policies were strongly influenced by the Ridley Plan, outlining ways the Conservatives could defeat strikes in nationalised industries.

“It was a plan designed to destroy trade unions and privatise the national industries and sell them up.

“The only way Margaret Thatcher, or any Tory government, to succeed is to divide the communities of the UK and conquer them,” said Mr Kitchen.

The former miner said that workers were tired of being ‘used and abused’ by their employers and decided to ‘stand up and change things’.

“Taking strike action is always the last resort for any union or trade union member,” he added.

It’ll be interesting to see what future Johnson gaffe will give his usual defenders the opportunity to get the impassionate polemic they’ve been sitting on out.