A summer of surging climate disasters underscores what scientists have warned for years, more needs to be done to fight climate change. 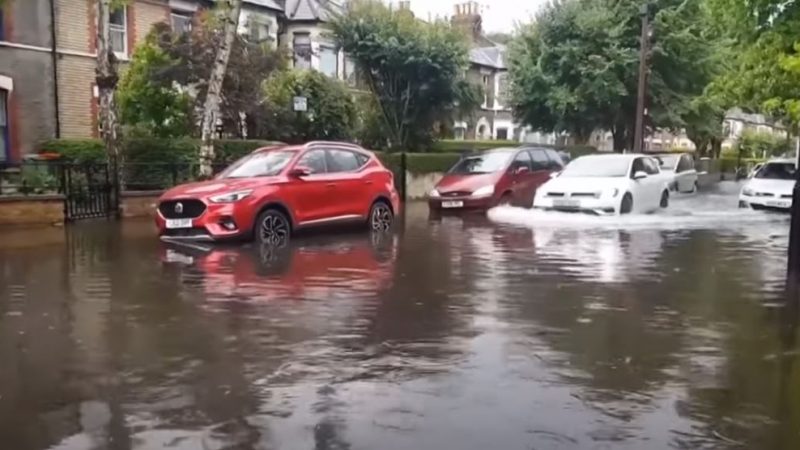 With floods and wildfires taking place in tandem on three continents, extreme weather is sweeping the globe with devastating effects.

As torrential rain wreaks havoc in London, leaving roads, tube stations and homes flooded, alongside devastating flooding scenes in India and China, calls are being made for urgent climate change cooperation.

While some of the recent events are seasonal – such as the wildfires in Western America – others have come as a surprise, leaving residents unprepared.

Such is the situation in London, where parts have been submerged by dangerous floodwater twice in just two weeks. Following heavy rainfall on Sunday – July 25 – images and reports of Londoners wading through potentially contaminated floodwater in the streets act as an urgent warning of the effects of climate change.

Such was the ferocity of the rain in London that two hospitals in the city were flooded, forcing operations to be halted.

London’s floods came shortly after the Met Office issued its first-ever extreme heat warning for the UK. With temperatures reaching 33 degrees Celsius in places, an amber warning was put in place for much of Wales, all of southwest England, and parts of central and southern England.

Flood specialist and engineer Simon Crowther, describes flooding as the “biggest threat to the UK as a result of climate change.”

“The approach so far has been very reactive but I think what these events have shown is that we really need to be more proactive,” said Crowther.

“When we see how many people lost their lives in Germany and in China, we are seeing a massive deterioration in the climate.

“In Turkey in the same week, they recorded their hottest day ever and then on the Thursday they had mass flooding.

“We are certainly seeing a massive change that we just aren’t prepared for,” Crowther added.

Crowther’s warnings are echoed by scientists, who say a key characteristic of climate change is a shift towards extreme weather.

Scenes of rescuers in search of survivors after deadly floods devastated parts of western India, as well as heavy rain and flooding hitting western Europe and parts of China in recent weeks, have consolidated calls for cooperation and pressing steps to be taken to combat climate change and its devastating consequences.

Though as the extreme weather destruction unfolds in Europe, even scientists are left wrestling with how such damage could occur in some of the wealthiest and most technological-advanced countries in the world.

Experts are warning that unless more is done to prepare for climate change disasters, by 2100, flood damage in Europe could cost as much as €48 billion a year, a stark rise compared to the €7.8billion it costs today.

Calls are being made for more to be done at a political level on climate change.

Though relying on politicians to give the climate emergency the attention it desperately needs has been met with cynicism.

As Jacobin Mag writes: “This summer has been a cascade of climate disaster. But we shouldn’t assume that ever-worsening floods and heat waves will spur political change – we need a working class strategy that can excite and win over people to save the planet.”

Given that Boris Johnson flew 250 miles from London to Cornwall to meet with world leaders at the recent G7 Summit – a flight that creates five times more greenhouse gas emissions than the equivalent train journey – it’s easy to share cynicism that the political class will stay sat on their hands about climate change, with obstinate inaction resulting in escalating crisis.

Gabrielle Pickard-Whitehead is a freelance journalist and co-editor of Left Foot Forward.