The Labour Party has oscillated between trying to “out-Tory the Tories” on the economy and radical economic policies “for the many not the few", says Steve Melia. 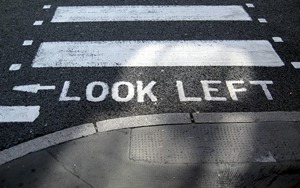 The announcement that “senior executives” whose activities bring “significant benefit to the UK economy” will be exempt from quarantine rules outraged Angela Rayner but will not have surprised many people.

As I have written before (in the context of climate change) elites have developed several methods to avoid the rules they put upon everyone else. That announcement illustrated one of those methods, which many on the left unwittingly accept and help to reinforce. The gradual, imperceptible infiltration of neo-liberal ideas into our language and thought patterns is one reason for the current weakness of the left, one we need to recognise before we can successfully challenge it.

The clue in the announcement lies in the words “UK economy” or “significant economic benefit to the UK” in the government’s original version. What exactly is the “UK economy” and what do people mean when they talk about benefits to it.

You might imagine (as I did before I started looking) that the concept of ‘the economy’ has existed as long as capitalism or the study of economics. In fact, it is a relatively recent invention. The term was first used in its modern sense in the writings of a few economists in the 1930s (Keynes was not one of them).

Its invention was linked to new methods of measurement, initially called ‘national income’ then later refined to become GDP. It took a long time to enter the language of politicians. The first mention of “the economy” in a British election manifesto was from the Conservatives in 1955.

It wasn’t just only the term invented in the mid-20th Century, it was the concept itself (as explained in this book chapter). Before then, politicians talked about ‘prosperity’ and economists would write about economic activities without assuming a single entity, which could be measured and go up or down.

‘The economy’ is an idea, not a thing. People use the term to mean different things; some are unclear. Even the leading dictionaries define it differently. Some politicians talk about ‘the economy’ when they really mean GDP – a measure which most would accept is flawed, but continue to use nonetheless. In some cases “good for the economy” means: “good for a particular industry or group of people I am trying to curry favour with”.

All of the different meanings come loaded with ideological assumptions. The most powerful assumptions, invoked in the announcement above, are that a ‘bigger’, ‘stronger’ or ‘growing’ economy is a good thing, one which will benefit everyone or nearly everyone (and conversely a declining economy threatens everyone). This unspoken assumption is central to neo-liberal thinking and very useful to elites.

Neo-liberal economists, right-wing politicians and commentators have used it to argue for higher pay for chief executives and against higher taxes on the rich or higher minimum wages. The first of these, they argue, would be good for the economy (by which they usually mean higher GDP); the other two would be bad for the economy.

As I discovered when researching the economic impacts of transport investment, it is impossible to entirely prove or disprove any such claims. Anyone who claims to know for sure, is acting partly on faith. People on the right generally choose to believe those three claims, people on the left generally choose not to.

Both groups are practising self-deception, the honest admission is: we cannot be sure; but let’s assume for a moment that those claims of the right are correct. If constrained income for the poor and unconstrained income for the rich really are “good for the economy”, then what does that tell us about “the economy”? Why would any decent person want a stronger economy under such circumstances?

This illustrates a fundamental problem with the idea of ‘the economy’ or ‘economic benefits’ in a generalised national sense. In real life, economic changes cause diverse and unpredictable consequences. Some people gain money, others lose money; impacts on quality of life may differ from the financial impacts and actions today have consequences for future generations.

Human beings measure and experience things in relative terms, so a change that benefits the rich and leaves everyone else financially neutral will worsen most people’s quality of life. Those divergences make it impossible to objectively measure whether a change has benefited an entire population. All attempts to make such assessments (like the cost benefit analysis loved by H M Treasury) rely on value judgements.

None of this bothers the right. The concept and its ideological influence are far too useful to worry about their validity. The right have used “good for the economy” to advocate a wide range of evils (satirised in this song by Justin Sane) from globalisation, fracking and the tobacco industry to sweatshops in developing countries. The left, and the green movement, sometimes try to jump on the same bandwagon (during the EU referendum for example) but rarely with such conviction or success.

Over a decade ago, I met Tom Crompton who produced wrote this well-researched study showing how campaign groups which use the framing language of their opponents will strengthen the forces ranged against them. This is particularly true when the green movement attempts to justify its demands in economic terms. The report was well-received but its central message was largely ignored.

There are many reasons why the right will usually win arguments based around the myth of the economy as a single measurable entity. The myth implies that volumes of production, consumption and circulation of money are more important than distributional equity or environmental sustainability. Finance industries and mainstream economics are inextricably linked to the neo-liberal right.

That is no accident; it reflects the values of people who choose to work in such environments (I was one of them, many years ago). That means the gatekeepers who assess the validity of economic arguments are more likely to favour the arguments of the right. Partly for those reasons, the voting public consistently say they trust the Tories most on the economy.

Faced with this lack of trust, the Labour Party has oscillated between trying to “out-Tory the Tories” on the economy and radical economic policies “for the many not the few.” Neither approach seems to convince enough of the voting public. Where the left has made progress, on issues such as racial justice or LGBTQ rights for example, this has usually followed wider changes in social values. Political parties cannot do this on their own. The myth of ‘the economy’ is a permanent handicap for the left; we need left-leaning thinkers and commentators to help dismantle it.

How? I won’t pretend that would be easy, but the simple act of challenging something people unconsciously accept can be very powerful. We can start to challenge people who talk or write about “the economy” or “economic benefits”. What exactly do you mean? In one of its more neutral definitions the economy is “the structure or conditions of economic life”. That’s not a single entity, which can go up or down. Do you really mean GDP? If so, then please say so, and then let’s talk about the flaws of GDP.

Are you implying that sectional benefits (to your mates, to the rich, to polluting industries, to multinational companies) will benefit all of us? Where is your evidence? Why are you using such misleading language?

Surveys conducted after the Brexit vote revealed how the British public is often sceptical of claims that changes in ‘the economy’ will affect them, so we may be pushing at an open door. When talking about economic issues left-wing parties and candidates should focus on tangible benefits (or threats) to people and communities. Talk about the jobs that wind power or community projects might bring; talk about the benefits to families of living wages and avoid the dubious self-defeating claim that they, or anything else, will “benefit the economy.”

Steve Melia teaches transport economics at the University of the West of England and writes more widely about transport and environmental politics. His book Roads Runways and Resistance – from the Newbury Bypass to Extinction Rebellion is published by Pluto Press.