If this is even 1,000th of the government's message for COP26, we're more doomed than we thought... 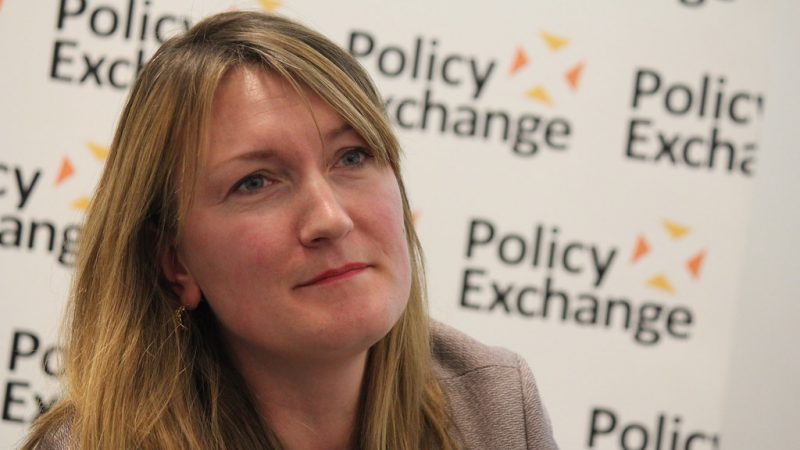 The Prime Minister’s spokesperson for this year’s global climate change summit in Glasgow has been roundly mocked after urging people to ‘not rinse dishes before [putting them in] the dishwasher’ in a bid to stop the climate crisis.

It comes just months before the UK host’s the 26th UN Climate Change Conference of the Parties (COP26) on 31 October. The climate talks will bring together heads of state, climate experts and campaigners to agree coordinated action to tackle climate change – discussing the next steps for global emissions reductions. It will have a renewed importance following a wave of fires and floods caused by climate change.

But in a tweet from Allegra Stratton’s account, the No 10 press spokesperson appeared to prioritise small individual acts, writing: “Could not rinsing dishes b4 the dishwasher be your #onestepgreener ahead of #COP26? If that’s too hard a habit to kick, pick something else. At COP26 we have big asks for the world on cash, coal, cars and trees but the micro matters too. Change is coming.”

The tweet builds on an article she wrote an article for the Telegraph – Boris Johnson’s former employer, urging people to ‘go One Step Greener’.

In the piece, Stratton writes: “Did you know, according to COP26 principal partner Reckitt, who make Finish, you don’t really need to rinse your dishes before they go into the dishwasher? Does your brand of plastic bottle shower gel come as a bar in cardboard packaging? I bet it does.

“It might be freezing half a loaf of bread when you get it home, to get out later in the week, rather than throwing half of it away when it goes mouldy. It could be walking to the shops, not driving. Micro-steps maybe, but all the more achievable because of it. Ahead of COP26, choose one thing: go One Step Greener.”

About half of UK households do not have a dishwasher. The water industry as a whole, including the emissions that result from heating water in the home, contributes just 5.5 per cent of UK greenhouse gas emissions.

Extinction Rebellion replied: “Wow thanks for that. More “global leadership” on the #ClimateEmergency from this useless government. What’s happening at @COP26?  Top dishwashing tips?”

Bywire News added: “Or we could actually take action against the 100 multinational companies who are responsible for 71% of global emissions, perhaps? Just a thought.”

Some people assumed the account was a parody, but it is not.

Others noted the government’s failure to tackle water wastage from regional water firms. “Imagine pushing this while water companies fail to upgrade aging infrastructure and industry ravages water supplies. ‘Hey everyone, make sure your dishwasher is working as hard as it possibly can, we wouldn’t want to have to clamp down on our donors!’”

Water companies are responsible from millions of litres of leaks in the UK each year. Southern Water was recently ordered to pay a record-breaking £90m fine after pleading guilty in court to 6971 unpermitted pollution discharges.

Mark Lloyd, Chief Executive of the Rivers Trust, has said there is “no sign” of water pollution decreasing across England, with most incidents being due to water companies and farming activities.

Burning fossil fuels to make electricity is the biggest source of CO2 emissions in the UK. Not rinsing your dishes.

Perhaps one option to cut your emissions could be getting the train to conferences, rather than taking a private jet…