One user wrote: "Thank you Nigel Farage & Daily Mail for criticising the incredible work the @RNLI does to rescue migrants. Due to you highlighting their endeavours I'm now donating every month”. 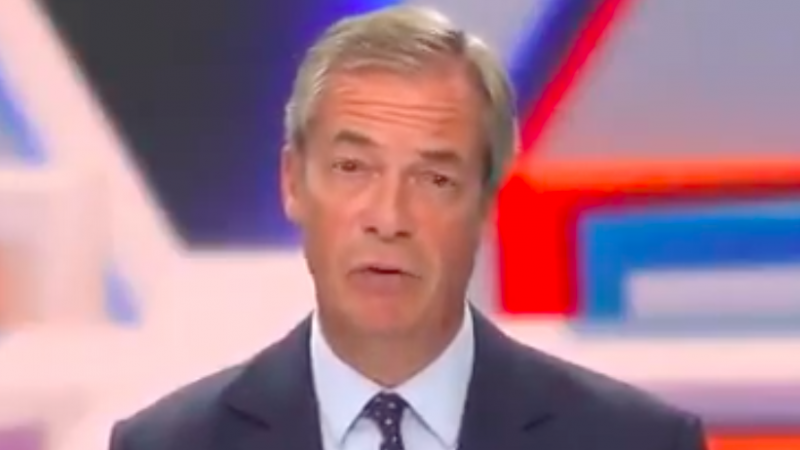 The Royal National Lifeboat Institution (RNLI) has seen an outpouring of support with people pledging donations after it was criticised by Nigel Farage, after he claimed that the charity was being used as a ‘taxi service for illegal trafficking gangs’.

The former UKIP leader defended his comments on GB News claiming that the charity was being used by illegal gangs who were ‘pushing migrants across into the English channel’, before adding that he was a supporter of the RNLI.

Farage’s comments led to him being ruthlessly mocked online, with a number of social media users saying his claims had motivated them to donate to the charity.

After revealing how its volunteers were receiving abuse and publishing harrowing footage of rescues on Wednesday, the RNLI said it received £200,000 in donations on that day alone, a 2,000 per cent increase on the previous day.

Dr Mike Galsworthy wrote: “The last sentence of this video is Farage saying he’s happy to fight with the @RNLI.

Another user wrote: “Thank you Nigel Farage & Daily Mail for criticising the incredible work the @RNLI does to rescue migrants. Due to you highlighting their endeavours I’m now donating every month”, while Gary Lineker added: “Keep up the great work @RNLI because as some of your disparagers repeatedly told us All Lives Matter.”

It comes after the RNLI said some of its crews had been heckled for bringing migrants to safety off the UK’s coast.

Last week, the RNLI wrote on Twitter: “We are shocked and saddened to report some of our volunteer crew were verbally assaulted due to their role when reporting for duty tonight. This behaviour will not be tolerated. Thank you @metpoliceuk for your support.”

Jayne George, RNLI Fundraising Marketing and Media Director said: “We are overwhelmed with the huge level of support we have received from our amazing supporters in the last couple of days. We have seen an uplift in donations, with over £200K being donated yesterday alone through a combination of one off donations, new regular support and supporters increasing their regular donation amount. This is simply incredible.

“This was never a fundraising campaign – we simply wanted to tell the story of our crews and make it clear that our charity exists to save lives at sea. Our mission is to save every one. Our supporters’ kindness means so much to us, without them we could not save lives at sea, every one is a lifesaver.

“We know that this is a polarising issue and people have strong opinions on the subject. Sadly, a small number of supporters have contacted us to withdraw their support.”

The RNLI was founded in 1824 and says its crews and lifeguards have saved over 142,700 lives since.

If you would like to donate to the RNLI you can do so on the link here.