It's time for make 'ecocide' a crime in the UK, writes the Green peer. 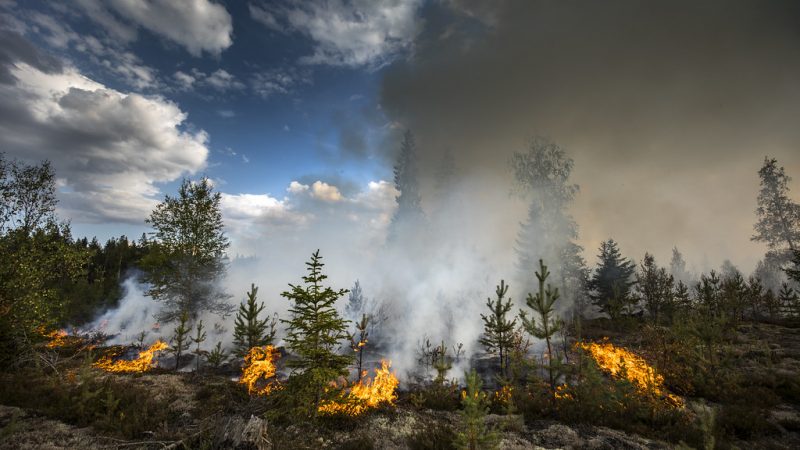 “The Blue Marble”, the picture of Earth from space taken by Nasa’s Apollo 17 crew, is said to be one of the most reproduced pictures in history. In 1972, it helped us see our planet as a whole, a system, and to just begin to grasp a sense of its fragility.

Since 1972, we, the human race collectively, have trashed that beautiful orb. Though when I say “we”, of course, that doesn’t mean that billions of us, the vast majority of us, have any responsibility. Figures out this week from five major UN agencies show 20% of the children under age five are stunted through malnutrition – their parents unable to access the resources to meet their basic needs. They bear no responsibility. Those families’ ecological footprint is a tiny fraction of what the world could bear.

The treatment the planet, and many of its people, have received, is criminal, and it is time that crime was acknowledged – and prevented.

Since 1965, when the impact of burning fossil fuels on the climate was understood, just 20 companies are responsible for one third of global emissions. Turning to the destruction of biodiversity, and fertiliser overload, there’s an even smaller number of giant companies – known as #BigAg – that control and dominate the systems of industrial monoculture trashing the planet: 80% of global deforestation is associated with agriculture.

We are killing the ecosystems on which we rely – and gravely depleting the natural world, putting at risk the lives of wondrous, beautiful natural systems of which we have little understanding.

In acknowledgement of that, for more than a decade lawyers have been working on a new international law to protect this fragile planet, a law of ecocide. It is proposed that it become part of the Rome Statute that contains the international crime of genocide. Many people will associate this campaign with the late, great barrister and campaigner Polly Higgins.

I first encountered it at a one-day seminar at the British Library in 2008, and work then was already well-advanced, but in the decade since, it has advanced far further. The French are writing it into their climate law, the Belgians and Dutch are considering doing likewise and nearly a dozen national constitutions include recognition of it.

So, when the Environment Bill came to the House of Lords, the need to include reference to ecocide in it – both in its perspective as an international crime, and introducing it into national law – was obvious. When – and I am sure it is when – the crime is incorporated into the Rome Statute, it will eventually make its way into UK law, surely not even the current government’s carelessness of international law would prevent that. But the world – and our nature-depleted, plastic – and pollution-choked islands, can’t wait.

So I have put down two amendments, likely to be debated on Wednesday. The international perspective is in Amendment 287, which calls for the government to commit to supporting the international Stop Ecocide campaign and to within 12 months of the Act coming into force to present, alone or almost certainly with others, a proposal to amend the Rome Statute.

The other amendment, 293D, would create a UK offence of ecocide – “unlawful or wanton acts committed with knowledge that there is a substantial likelihood of severe and either widespread or long-term damage to the environment being caused by those acts”.

It was tabled late in the process, reflecting the fact that a new international legal definition has only just been published. The proposed UK law’s wording is nearly identical to that, containing only definitions where they need to be included for legal purposes. The maximum penalty of 30 years reflects that for genocide under UK law.

Oh, and it excludes outer space. The Bill office declared that “out of scope” of the Bill, and while I think there’s an argument for that being part of our environment, I decided to leave that discussion to another day.

I’d love to think the government will embrace both of these amendments. But I’m a realist. And I’m aware that creating a whole new legal offence is something our legal eagles – and those across the country – are likely to want to chew over for some time. There’s a definite opportunity for a stand-alone private members’ bill here. So I’m unlikely to pursue this to Report Stage.

But that doesn’t apply to 287. As countries, campaign groups and lawyers across the globe line up behind the call to amend the Rome Statute, the UK needs to be on board.  As chair of the COP26 climate talks, how could we do anything else?