As empty supermarket shelves show Brexit’s hangover is kicking in, the government’s scrapping of EU wine import certification is lauded as a ‘Brexit victory’. Naturally, Remainers are up in arms. 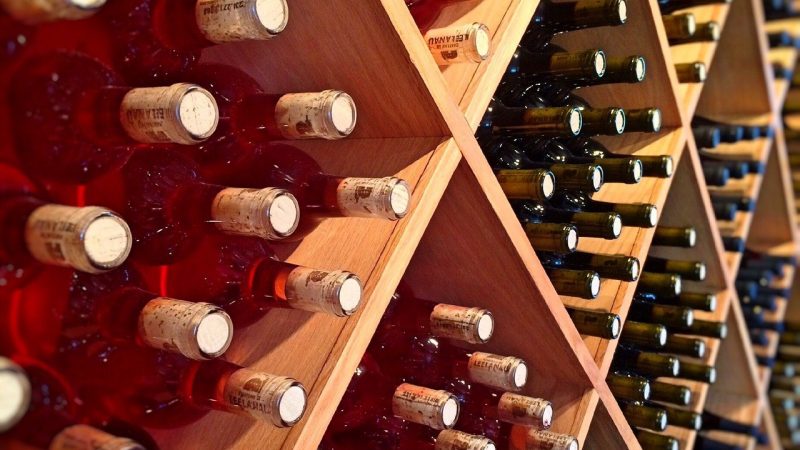 Britain’s wine-lovers are being lauded as the victors of Brexit.

Yesterday – Sunday July 25 – saw the government announce it would abolish some post-Brexit red tape on wine imports. Given that Brexit damage already exceeds the cost of EU membership, championing a measly saving on wine as a great Brexit victor is being roundly mocked by Remainers.

The move to quash V1-1-forms – labelled by the Telegraph as a “bureaucratic exercise to verify the acidity, which is not done on other drinks such as beer or spirits”- could result in a bottle of wine becoming 13p cheaper, saving Britain’s wine drinkers a collective £130m per year.

The pro-Brexit press is labelling the move as a “Brexit victory.”

The EU supplies around 50% of the $4.4bn of wine that is imported to the UK each year. The decision to abolish the V1-1 forms – which have been an EU requirement since the 1970s – has been welcomed by much of the wine trade sector in the UK. The legislation was introduced as a means of protecting European wine-producing regions from being subjected to poor-quality new world imitations.

Miles Beale, chief executive of the Wine and Spirit Trade Association, described the announcement as a “truly fantastic outcome.”

David Lambert, a wine merchant who has lobbied against the certificates, said the decision will benefit small, family-owned vineyards who bottle wine at source, rather than large producers who import wine to Britain ain 40,000-litre containers.

“For the niche producers of the interesting stuff, costing around £12 to £50 per bottle, this is where it will make a massive difference,” Lambert told FT.

Grouping the decision to abolish a quality-ensuring import certificate, which may result in wine-drinkers saving around 10p to 13p on a bottle of wine, as a Brexit benefit is being condemned by much of the pro-EU community.

In response to Daniel Lambert’s comments that the axing of the legislation will make a massive difference to “niche producers,” Naomi Smith, chief executive of Best for Britain, the UK’s leading cross-party advocacy group campaigning to keep Britain strongly connected to Europe, told Left Foot Forward:

“Farmers’ crops are rotting in the fields, musicians are still unable to tour, and thousands of small businesses continue to face massive costs from leaving the EU. For them, claims that a 10p saving on fine wine makes it all worthwhile will be too hard to swallow.”

Others took to social media to scorn the announcement. “Blue passports AND 13p off a bottle one wine?!? Be still my beating heart,” someone Tweeted.

Another wrote: “Good for you, good for all. Enjoy your cheap methanol imported wines.”

The prospect of poor-quality wine being imported from around the world certificate-free being a threat to the UK’s own wine producers, has also been raised. As has the fact that Brexit has already made most wine around 10% – 20% more expensive, a lot more than 13p.

Reports in the pro-Brexit media like the Express, which ran with the headline “Brexit victory: Britons set to save eye-watering £130m-a-year as Boris slashes EU red tape,” fail to make reference to the empty supermarkets shelves of late, devoid of many the products we took for granted, including wine.

While the government and much of the right-wing media are quick to blame the empty shelves on the ‘pingdemic’ and isolating workers, business owners, managers and labourers, tell another story, relating supermarket shelves being bereft of products to Brexit.

Lorry drivers and shipping managers warned of empty supermarket shelves due to a “disastrous mix of new customs regulations and a lack of drivers as EU workers left the UK.”

“It’s been a nightmare to get drivers,” Laura Salt, operations manager at a Staffordshire logistics company that supplies UK supermarkets, told Byline Times.

“We’ve had a lot of European drivers go back due to paperwork, it’s just a lot easier to go back. It’s causing chaos. Recently we’ve been having to say that we can’t cover the runs, can’t make the delivery. Before Brexit, it would never have happened,” Salt continued.

It’s difficult to deny that Brexiteers have little to laud as a victory since a trade deal was struck between the EU and the UK at the end of 2020. It’s not surprising therefore that they are jumping on a move that would save wine-drinkers pennies, extolling it as a “great victory.”

“We’ll need a lot of wine to forget this Brexit shit!”