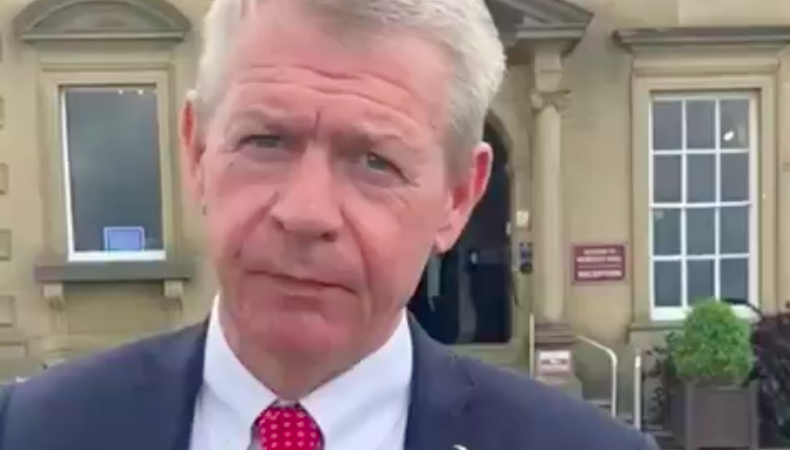 The race to replace Len McCluskey as general secretary of Unite is hotting up. The outcome matters, not only because it affects more than a million workers up and down the country but also for the Labour party nationally, given that Unite is the party’s largest affiliate and top donor.

LFF is providing a platform for all the candidates in the leadership race, having already interviewed Sharon Graham and Steve Turner. This week, we spoke to Gerard Coyne about his plans for the union should he win, what he envisages the relationship with the Labour Party could look like under his leadership and why he thinks he’s offering what he calls ‘real change’.

In the last leadership election in 2017, Coyne, seen as the anti-Corbyn candidate, came second to McCluskey, who beat him by nearly 6,000 votes. In terms of priorities, this time round not much has changed and Coyne says his immediate priority for Unite is to help the union grow.

He tells LFF: “When we’re a growing, thriving, winning organization then we become a voice in society that any political organization would have to listen to. Unfortunately for too long, we’ve declined and as a result our influence and engagement, as the voice of the workplace, has declined with it.”

Trade union membership in the UK however has increased for the fourth year in a row, with data from the Department of Business, Energy and Industrial Strategy showing that there had been a rise of 118,000 during the severe economic downturn of 2020. Unite has 1.4 million members alone.

Coyne emphasises the need to offer a greater service to Unite’s workplace reps, one that ‘is completely revamped and enhanced’ and offers them something that is ‘relevant to the 21st century’.

His other focus will be on modernising the service Unite offers to its members. He says: “There is no doubt that in terms of their experience, in terms of how they get services from the union, has to change, it hasn’t modernised and it has to be much more efficient and I want to make sure that there is greater support provided.”

Accusations of being right-wing

Coyne insists he doesn’t recognise the characterisation of him as right wing, adding: “This attempt to categorize me as a right winger, I’ve been a lifelong trade unionist all of my life, I have never been involved in sweet heart deals.”

He says: “I represent what I think is the more mainstream view of our membership.” Yet Coyne has been described as the choice of Labour First and Murdoch by Howard Beckett, who himself dropped out of the race to back Steve Turner.

Left-wing commentators, including Owen Jones, have claimed the Sun backs Coyne, after a Trevor Kavaagh column in the paper described him as the ‘moderate candidate’.

Coyne has also been highly critical of Jeremy Corbyn, a point not forgotten by sections of the left. He’s previously criticised the former Labour leader of taking the Labour Party ‘backwards’.

The 2017 Unite leadership race was a bitter one, with Coyne getting sacked as the union’s West Midlands regional secretary over an alleged data breach, something which to this day he claims was a “stitch up”.

Part of Coyne’s plans for the union is a £10 million skills fund to boost training opportunities for members, skills he said will be much needed as the transition to a greener economy takes place in a bid to tackle climate change.

“The reality is it will have a massive impact on our membership in terms of the transition and in certain circumstances, the suggestion that the transition can be done easily, it cant,” he says.

What Coyne thinks the union could do better

Investing in technology to ensure the union is at people’s fingertips is one of Coyne’s key pledges. He says: “The experience that I’ve had from people that I talk to during the campaign, talking to our members, it has sadly been an experience during the pandemic when they’ve reached out for assistance and help they’ve had to work through their pandemic but they didn’t feel that their unions working for them.

“When they put in calls for advice and support it wasn’t there at their fingertips when they needed it. Unite’s become an answer machine, a member had said to me”.

On funding for the Labour Party

Can Coyne ever foresee a situation where Unite cuts funding to the Labour Party under his leadership?

“I’m not interested in student politics responses to withholding funding from Labour”, he says.

“The reality is Unite members do better under a Labour government and therefore I want to see Labour elected but that’s not going to be my every waking moment as it has been under the previous administration.

“I don’t want to be the backseat driver of the Labour party, I want them to be successful electorally, but the day job of the general secretary is to create an organization that protects our members jobs and fights hard for improved pay and conditions that’s why people join the Union and that will be my focus,” he said.

Coyne hasn’t received the backing of McCluskey, yet he’s happy to be perceived as an ‘outsider’.

“The reality is I represent real change for the Union, I represent a completely different focus for the organization that will not only move away from that obsession around politics but look at real investment in our workplace representatives,” he says.

Coyne also believes that Unite’s Birmingham Conference Centre and Hotel, which cost over £98 million, went over budget and wants to bring in more measures for financial transparency and accountability.

“I’m the only candidate that has said we have got to have an independent investigation and a frank assessment and published review of this so that we can learn the lessons and put in a whole series of proposals around transparency from audit committees to declarations of interests to a register of gifts and benefits”, he says.

“This is about completely opening the shutters and letting the light in to the organisation, and being far more transparent, giving our members value for money on the hard-earned subs that they contribute, and giving them the confidence its being spent well.”

In response, a Unite spokesperson said: “Unite is immensely proud of our world-class, state of the art education, conference and hotel facilities built by our members, run by our members and created for our members in the UK’s second city.

“It is already proving to be a success, will provide millions in revenue and savings for our members, and be a legacy that will last for generations of members to come.”