'I am standing on my record and nobody can touch that, they won’t even get close.' 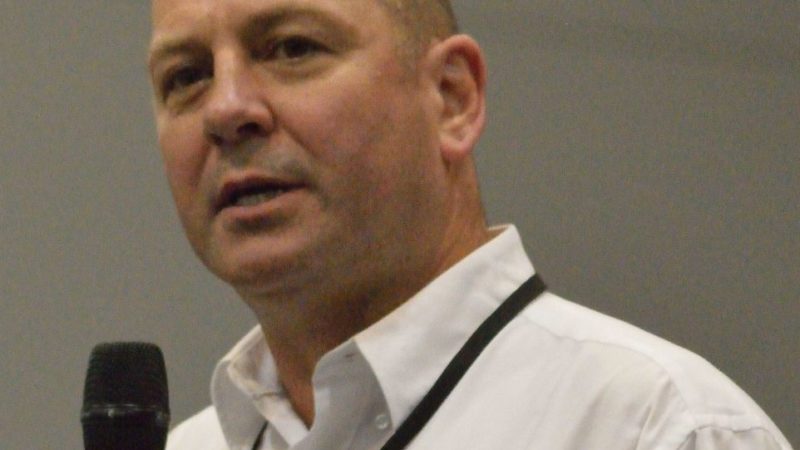 Voting for the Unite leadership race opened this Monday. It’s a race that matters not just because it will have consequences for over a million workers across the country, but also for the Labour party nationally, given that Unite is the party’s largest affiliate and top donor.

Earlier this week, Len McCluskey, the current general secretary of Unite, announced that he would be backing Steve Turner’s campaign, in a race that also features Gerard Coyne and Sharon Graham, who is hoping to become Unite’s first female leader.

LFF spoke to Turner about what his priorities are for the Union, Unite’s relationship with the Labour Party, what he makes of the Labour Party’s electoral performances and what advice he has for Keir Starmer.

Turner is currently Unite’s assistant general secretary and he’s been at the forefront of some of the union’s most bruising battles with the current Tory government. In some quarters, this is seen as somewhat of a double-edged sword, leading to claims that he’s just a ‘continuity candidate’. Turner certainly doesn’t see it that way and is keen to talk up his own record and why he’s offering something different.

He says: “I’m a socialist because to me it’s a no brainer: united we thrive, divided we beg and I’m a winner, with decades of negotiating experience and a record of success for workers second to none.

“I will build on this to transform our union into the greatest, most successful force for our class our people have seen.

“We secured the Nissan and Ellesmere Ports sites and thousands of jobs because our union never gave up.

“It was the same with furlough.  When the crisis hit we had a mere moment to convince this government to shed its ideological straightjacket to keep a wage coming in for 11 million workers.”

After Turner received the backing of McCluskey, Sharon Graham’s campaign claimed it was an act of desperation, designed to save a ‘failing campaign’. What does Turner make of her claims?

“I’m not getting into commenting on what other candidates say about me. They can say what they like. It’s what members say that matters to me,” he says.

“I am standing on my record and nobody can touch that, they won’t even get close.

“I’m the leading negotiator of my generation with a track record of saving and creating jobs second to none. Let members judge me on that.

“I am extremely proud that I am running a positive campaign, where the ideas of the members and reps that have inspired me for decades are the heart of my drive to transform our union.

“Get behind that because we have a massive job to do as a movement.  I’m not going to be held back in any way.”

For Turner, job creation is his overarching aim, born out of his own experience of unemployment, recalling the ‘terror of the bills dropping on the mat, the sheer misery of wondering how the family will be properly fed that week.’

While other candidates have chosen to be clear that their focus will not be on the politics of Westminster but rather on members of Unite, Turner doesn’t shy away from setting out his own political priorities.

He says: “I was proud to develop Unite’s political strategy.

“It’s led to some real talent emerging in the PLP and rising stars in regional government.

“If we didn’t do this there’s no chance that someone on an average wage will ever stand for election. A warehouse worker just doesn’t have the ability to take 12 weeks off to campaign without Unite’s support.

“Too few MPs look or sound like them or understand what their daily lives entail. So, if we want our democracy to stay healthy, we have to do something about that.”

The Labour Party clung onto the seat in Batley and Spen against the expectations of many, albeit with a reduced majority, after its worst by-election performance in Chesham and Amersham, where it came 4thwith just 622 votes.

“Let’s not kid ourselves: Batley gives the party some space but there can be no complacency about scraping a victory with a handful of votes,” he says.

“Labour needs to find its voice – show its claws to this appalling government, let people see a real opposition and a party that speaks for and to them.

“It’s not rocket science: when voters don’t know what you stand for, don’t feel you speak for them, they don’t vote for you.”

He also had some words of advice for Keir Starmer.

“Keir also has to keep his solemn promise the members. He stood on a programme that saw trade union members entrust him with their vote. He can’t just bin this because Peter Mandelson doesn’t like it.

“This is our party, built for the representation of working people and if Lord Mandelson can’t get on board with that, he should take his stale and dated opinions elsewhere.

“Keir should also end the nonsense of Jeremy’s suspension.  Just respect the agreement that all sides reached and restore him to the party.  Then we unite and move on.”

While the likes of Howard Beckett and Sharon Graham both indicated that the Labour Party could not be certain of financial support, with the former dropping out later to back Turner, Turner doesn’t make a similar commitment.

Instead, he chooses to focus on why members feel dismayed, enough so to back a cut in funding for the party that is supposed to be their voice.

“It should alarm Labour that our `parliament’ of people from workplaces across the country feel so dismayed by the direction of travel, that reduced party funding by £150,000.

“It is up to Keir now to show that he has got the message.”