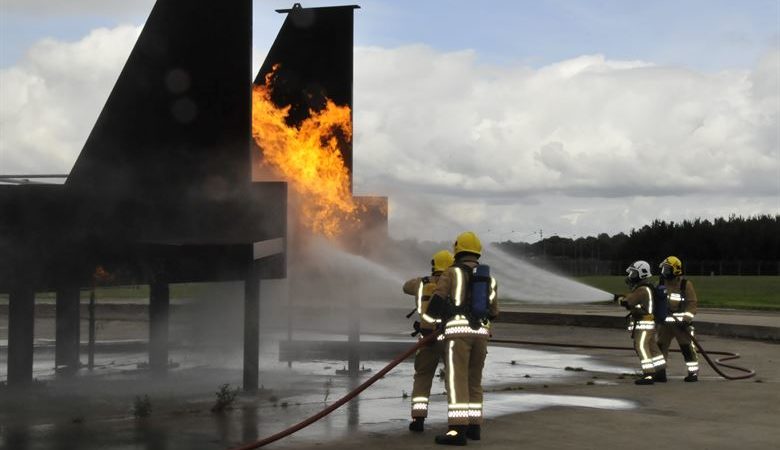 The Unite union has warned that the outsourcing of civilian functions at the Ministry of Defence (MoD) is leading to cuts in pay, a deterioration in standards, severe reductions in service levels and increases in safety risks.

The MoD fire service, which undertakes fire security at 30 defence bases and 20 RAF bases, was outsourced to Capita last year.

Capita immediately undertook risk assessments aimed at reducing personnel levels, with the service losing 100 personnel already, the union says. A further 100-200 firefighter roles are expected to be lost in the next 12-18 months. Cleaning and catering contracts were outsourced to ESS, which is part of the multi-billion Compass Group.

The union fears that the outsourcing of services will create a two tier workforce, with new starters recruited on vastly inferior terms and conditions from workers who were TUPEd over on MoD contracts. Supposed efficiency savings are either illusory or potentially dangerous and how the fragmentation of services can lead to operational inefficiencies, the union told MPs.

As a result of the changes to personnel, the MoD bases are increasingly reliant on local fire services for fire cover. Under the contract, both Capita and the MoD each receive 47.5 per cent of any cost savings with the service receiving just 5 per cent – incentivising cuts to the fire service. Unite believes that cuts in service are usually focussed on the cost saving advantage rather than the potential safety implications.

Unite national officer for the Ministry of Defence Caren Evans said: “The MoD’s addiction to outsourcing is a disaster for the workers involved and service levels. Unite believes that in most cases the supposed cost savings are illusory, as outsourcers are able to add in many extra charges for items not included in the original contract.

“Capita’s cuts in staffing levels on the MoD fire service are potentially dangerous and are an accident waiting to happen.

“It is even more alarming that decisions on personnel and safety levels are now based more on boosting profits than ensuring a safe, efficient and reliable emergency services is fully functioning.”

A Capita spokesperson said: “Capita is working with Defence Fire and Rescue to modernise the MOD’s fire and rescue capability. Our £85 million investment in new firefighting vehicles, digital technology, and enhanced training facilities is improving firefighting capabilities and reducing risk to firefighters, personnel and assets.

“Recommendations to increase or decrease resourcing levels are endorsed by Defence Fire and Rescue’s Chief Fire Officer, and ultimately approved by the MOD. Any such decision would follow on from a thorough review of fire risks.”