"There is very clearly a purge going on. Starmer is worried that many members want him gone." 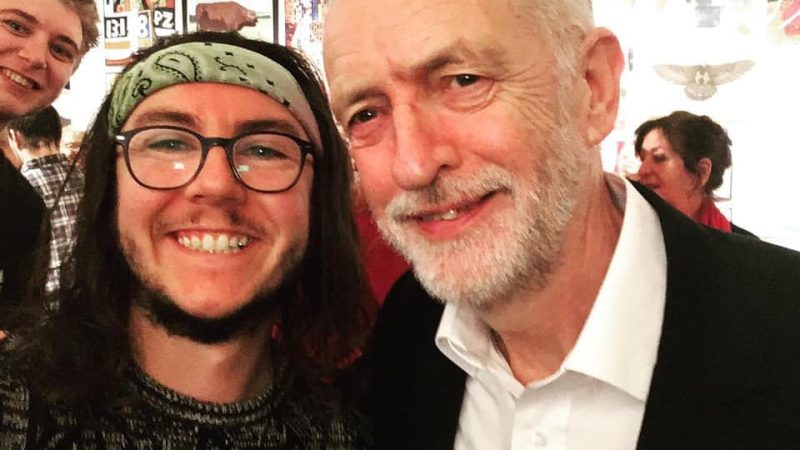 A Constituency Labour Party vice-chair and filmmaker in Cornwall has been expelled from the party after it emerged he was a supporter of a Marxist group.

Alex Falconer, a film director and member of the Socialist Appeal group, was kicked out of the party on the 11th June, with the party claiming he could no longer remain a member of Labour while supporting the left-wing faction.

It came after Falconer proposed a motion of no confidence in Labour leader Keir Starmer, which fell by just two votes in Truro and Falmouth CLP. He was preparing to stand for local party chair this Thursday before being expelled. [Update 30th June: Another local member gets in touch to say the vote was lost 30-22].

Socialist Appeal works within Labour rather than running candidates against it, and was founded after key activists were expelled from the Militant group in the early 1990s. Falconer has been a member for around a year, one of around 1,000 members of the group.

Falconer is vice-chair of Truro and Falmouth Constituency Labour Party – which was one of just a dozen areas where the Labour vote increased in 2019.

In a letter entitled ‘Notification of Automatic Exclusion from Membership of the Labour Party’ – sent on the 11th June and seen by Left Foot Forward – the party’s governance unit stated:

“It has been brought to our attention with supporting evidence that you are a member of Socialist Appeal, which is incompatible with membership of the Labour Party. The evidence provided can be found overleaf [an image of a tweet urging people to join Socialist Appeal].

“Chapter 2, Clause I.4.B of the Labour Party Rule Book provides: “’A member of the Party who joins and/ or supports a political organisation other than an official Labour group or other unit of the Party, or supports any candidate who stands against an official  Labour candidate, or publicly declares their intent to stand against a Labour candidate, shall automatically be ineligible to be or remain a Party member, subject to the provisions of Chapter 6.I.2 below of the disciplinary rules.’

“You are therefore ineligible to remain a member of the Labour Party and have been removed from the national membership system. You are no longer entitled to attend local Labour Party meetings.”

The Labour rulebook, above, appears to give the governance unit significant scope to choose who to expel. For example, Compass, Greenpeace, Extinction Rebellion, Black Lives Matter UK and thousands more groups could be considered ‘political’ organisations ‘other than an official Labour group’.

Falconer told LFF: “Starmer has broken all of his 10 pledges, put Blairites at the top as advisers, and is wiping out hard left.

“In Truro and Falmouth we’ve lost a third of our membership since Starmer became leader. We’re less in numbers n left and easier to pick off.”

He added that Labour’s rule book should be followed consistently for all political organisations: “You have to interpret every organisation the same – [centre-right groups] Progress, Labour First – these are equivalents Keir Starmer speaks at those conferences. • Where do you join the line? Being in a trade union?

“I see it as fear and weakness rather than sign of strength. I’ve been calling Starmer Kinnock 2.0 – he is attempting to have a hard stance against the left. There is very clearly a purge going on. Starmer is worried that many want him gone.

“It’s a purge but without a clear aim. Kinnock [who expelled many Militant members] had a clear aim, Starmer doesn’t seem to have a clear ideology.”

“He has helped organise so many community actions, protests & the mutual aid service from the start of lockdown.

Falconer’s expulsion came on the same day that another Socialist Appeal member was expelled in Norwich South. “He’d just written articles for Socialist Appeal, on capitalism and racism. SA has been targeted, probably because we brought vote of no confidence motions in Starmer,” the film director told LFF. Around 10 motions of no confidence in Starmer have been passed so far.

LFF understands that a number of Socialist Appeal members have been selected as delegates for this year’s autumn Labour conference.

In his appeal, Alex Falconer said:

The Labour Party, from its inception, has always contained socialists and Marxists and I am proud to stand in that tradition. Socialist Appeal advocates for a world free of exploitation and oppression, in a society run in the interests of the many, not the few. So does the Labour Party. To say supporting one disallows you from supporting another is ludicrous.

Furthermore, what about Progress? What about Labour First? Such groups are not official Labour groups or Party units. Yet support for these organisations does not result in expulsion.

I am Vice-Chair of my CLP and have previously been Youth Officer for my CLP. I was a Conference delegate in 2019. I campaigned for Labour in the 2017 local elections, in the 2017 General Election and in the 2019 General Election. I set up our CLPs social media accounts, have created video content for elections and door-knocked every day of the elections.

In 2019, I ran the ground campaign in Falmouth & the GOTV operation. We won a majority in Falmouth and were one of only 13 constituencies to increase our vote share for Labour.

I am a committed Labour Party member. I am committed to socialism, to getting rid of the Tory government, and to seeing a Labour government in power.

I would be very grateful for the opportunity to rejoin the party and to play an active role in the urgent fight for a Labour government.“

An open letter set up to support his re-entry into the party has been signed by more than 80 Labour and trade union activists.