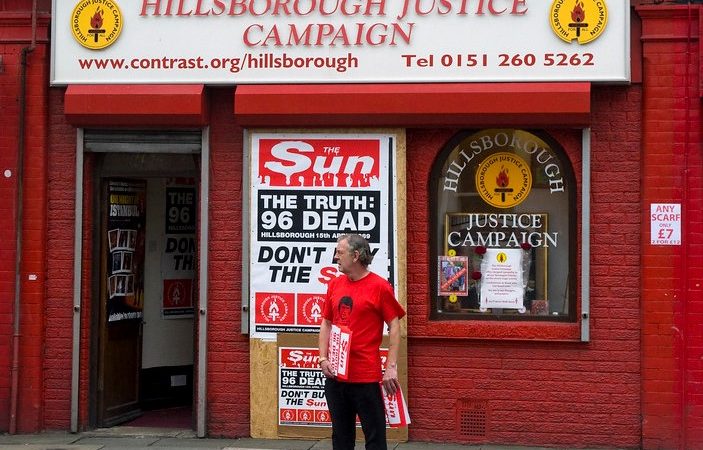 The Sun newspaper has had it’s value written down to zero despite being one of Britain’s most-read newspapers in the past.

Accounts show that News UK, who owns The Sun, is still suffering the consequences of the News of the World’s 2011 phone hacking scandal. That in addition to problems caused by the onset of the coronavirus pandemic has led to the newspaper’s value plummeting.

News Group Newspapers, which The Sun falls under and which is part of Rupert Murdoch’s News Corp, lost more than £200 million in the financial year ending June 2020. It’s revenue fell by 23 percent to £324 million, according to financial accounts filed last Thursday. News Group Newspapers, owned by News UK, also owns The Sun on Sunday and The Sun’s website.

The Sun, which is known for its sensational headlines and right-wing politics, is Britain’s second most read newspaper after the Daily Mail.

Newspapers, like many businesses, have struggled during the Covid pandemic due to advertising budgets being cut or frozen. Even changes like fewer people commuting impacts newspaper sales.

The recent accounts show that the company is still dealing with costs associated with the phone hacking scandal from more than 10 years ago. The company has almost doubled the amount it originally thought it had to pay for legal fees and damages in the scandal to £52 million.

While investigations into phone hacking started in 2005, it wasn’t until 2011 that the truth finally came out. The News of the World, the Sun’s sister publication, had hacked the phones of murdered schoolgirl Milly Dowler, victims of the 7 July London bombings, relatives of soldiers who had died as well as members of the royal family and celebrities.

It led to the four-year Leveson inquiry, criminal trials for several newspaper executives, resignations and eventually the folding of the News of the World in 2011.

Speaking of the latest news that The Sun has had its value written down to zero, Richard Wilson, director at Stop Funding Hate, said: “A YouGov poll in 2017 found that 50 percent of Brits believed that the Sun has a negative impact on our society.

“Since then the paper has made some efforts to move in a more positive direction – but once a media brand has been tarnished by hate it can do lasting reputational damage.”

Nathan Sparkes, policy director at Hacked Off, said: “The decisions The Sun’s publisher News UK have taken in response to the hacking and unethical press conduct scandals have made a significant contribution in the paper’s financial decline.

“The decision to manage hacking cases by denying liability for The Sun and embarking on expensive legal defences, but then settling all claims (by making high offers) before they are determined by the Courts, has cost the paper hundreds of millions of pounds as well put claimants through undue stress.

“The paper’s refusal to participate in independent regulation and its continued opposition to the Leveson Part Two Inquiry damages public trust in the newspaper, in turn affecting readership, circulation and revenues.

“It’s regrettable that News UK has persisted with their loss-making opposition to accountability and tended to cut the jobs of hardworking journalists, rather than accept reform like a responsible news publisher.”