81% of carers are providing more care than they were at the start of the pandemic, 64% haven’t been able to take any breaks, and 44% say they are reaching breaking point. 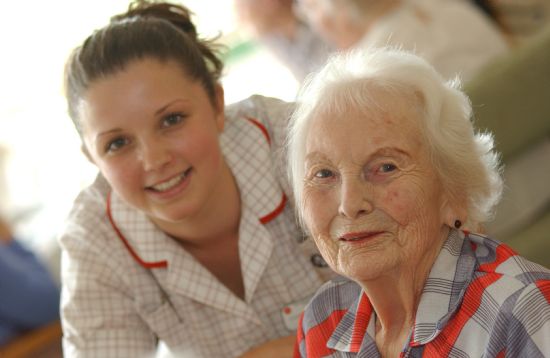 Ed Davey is MP for Kingston and Surbiton and Leader of the Liberal Democrats.

More and more with this Conservative Government, I’m discovering that it’s possible to be completely shocked but at the same time not at all surprised.

It’s exactly how I felt listening to the Queen’s Speech last week and realising that carers had been left out altogether.

It’s not just that the desperately needed reforms to social care, promised for so long by Boris Johnson, have been kicked into the long grass yet again – depressing as that is for both carers and the people they care for. It’s that in the Government’s entire agenda for the new parliamentary session, people looking after their loved ones were not mentioned even once.

It’s shocking, because this pandemic has shown clearly that we are a nation of carers. Millions of people have stepped up heroically to look after their elderly, disabled and vulnerable loved ones. It’s reminded us all of a truth Liberal Democrats have long understood: caring for people’s health doesn’t stop at the hospital exit or the GP surgery door. Our amazing NHS can’t do it alone; we have to invest in care and support carers properly too.

But it’s not surprising, because carers have been consistently forgotten and ignored by this Conservative Government.

At the start of the pandemic, when the Chancellor put up Universal Credit by £20 a week, he refused to do the same for Carer’s Allowance. And he is still resisting calls by the Liberal Democrats, Carers UK and others to put that right.

When the Government initially published the list of priority groups for vaccination back in December, it left off unpaid carers – even though they are at greater risk of both catching Covid and passing it on to a vulnerable person. It was only after campaigning by carers’ organisations, the Liberal Democrats and carers themselves that they were added to the priority list.

So for carers, the feeling of being ignored and unheard that came with being left out of the Queen’s Speech was a familiar one. But that doesn’t make it any less outrageous.

It’s a feeling I know all too well. You see, I’ve been a carer for much of my life.

First as a teenager, nursing my mum during her long battle against bone cancer. Later for my Nanna, organising her care and trying to make her last few years as comfortable as we could. And now as a father, as Emily and I care for our disabled son John.

I understand the challenges that millions of carers face every single day; challenges that have been made even harder by Covid. Unlike Conservative Ministers, I’ve been listening to carers and learning about their experiences during the pandemic. The dramatic increase in their caring responsibilities. The isolation. The anxiety. The sheer exhaustion.

What I’ve been hearing is reflected in research by Carers UK, which found that 81% of carers are providing more care than they were at the start of the pandemic, mostly because the needs of the person they care for have increased, and because local services have been reduced or closed. 64% haven’t been able to take any breaks during the pandemic. 44% say they are reaching breaking point.

All of this makes the Government’s failure to offer carers even a hint of recognition or support in the Queen’s Speech unforgivable. It’s long past time for Ministers to start listening to carers – and to act.

Fixing social care is, without doubt, a crucial part of that. And a proper, long-term solution requires cross-party agreement. Yet Boris Johnson still hasn’t even begun the cross-party talks he promised back in 2019.

There are other changes carers need too. When the Government brings forward its Health and Care Bill, Liberal Democrats will be working to ensure it explicitly includes unpaid carers, with a duty on the NHS to identify and support them. And I will continue my efforts to secure new rights for carers to help them juggle work with their caring responsibilities.

Carers may have been left out of the Queen’s Speech, but the Liberal Democrats will keep fighting to put them high up the parliamentary agenda. They mustn’t be forgotten and ignored by people in power any longer.