Behind the rhetoric, real-world consequences of Tory policies are destroying the hopes and ambitions of the next generation, writes Alyn Smith, MP. 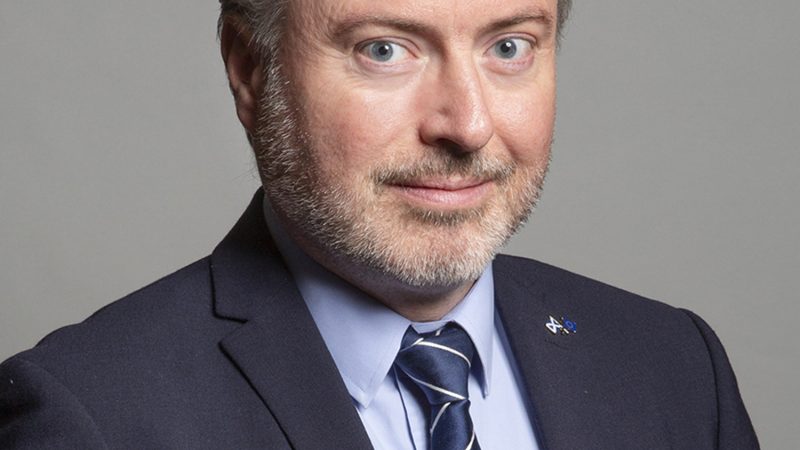 Last week’s Queen’s Speech demonstrated that this government seems more concerned about fighting culture wars than fighting poverty. One theme in the subsequent debates revolved around creating ‘A bright future for the next generation’.

The crippling effect of austerity

Brexit is the obvious loss but let’s not forget the past 11 years of Conservative governments. This period has seen the whole-sale gutting of vital public services on the altar of austerity. Universal credit has been disastrous as the government seems keener to prosecute jobseekers rather than tax dodgers.

There’s the housing crisis which makes home ownership a fantasy for most young people. The cripplingly underfunded NHS was already close to the breaking point even before Covid hit. The UK government makes a big deal about ‘levelling up’ but actions speak louder than words.

Then Brexit came along to crush the opportunity for our young people to live, love and work in a continent that they are very much part of. For over 40 years, we benefitted from the four freedoms of movement of people, goods, services and capital across Europe. The EU and its predecessors have maintained peace in a continent previously ravaged by war and turned old enemies into close friends.

UK governments have certainly taken this for granted and failed to make the positive case for remaining, but this hapless government has revelled in its own spectacular failures. The loss of Erasmus won’t make much of an impact on privileged students, but it will limit the prospects for those dependent on the social mobility it provided. Moreover, it is still unclear how the UK will make up for the loss of EU funding in areas such as agriculture, training and skills.

UK is no longer a great power

The buccaneering Brexiteers sailing in a 18th century fantasy of imperial delusions have failed to get with the times. The simple reality is that that the UK is no longer a great power; what soft power strengths we had for temperance, humanitarianism and diplomacy have been utterly squandered in a matter of years. The relentless cuts to foreign aid, the reckless approach to international law, the snubbing of our closest international allies will all have consequences both now and in the future.

Looking at this session’s Queen’s Speech, this government seems more concerned about fighting culture wars than fighting poverty. Proposed legislation such as the Police, Crime, Sentencing and Courts bill and the Electoral Integrity bill shows exactly where its priorities lie: restricting the right to peaceful protest, clamping down on freedom of expression and engaging in Trump-style voter suppression.

The implications for our democracy are chilling: academics may talk about the UK executive being like an ‘elected dictatorship’ but if this government has its way, that label will become a reality for the next generation.

There is an option for a brighter future

The last scenario is not inevitable – there is an option for a brighter future. The SNP actually has a track record of delivering for the next generation. The SNP ended tuition fees in Scotland and brought in the widely popular baby box, whilst the newly elected Scottish Parliament will deliver a Jobs Guarantee for young people.

We are a party which is proud of engaging with young people as seen by our vibrant youth and student wings. It is precisely this engagement with our young people and those from our most vulnerable communities that is lacking from this Tory government. Simply implementing policies from an ideological perspective is not the way to change lives or help the next generation.

I write this with a heavy heart for my many friends on the left in England. Scotland is showing what progressive politics can achieve but England has chosen otherwise. The Tories are there for the taking but toothless Labour opposition is letting them get away with.

I share the frustration of left-leaning English voters who see the shambolic infighting of the Labour party and struggle to find an alternative. As last week’s Queen’s Speech demonstrated, Scotland faces a stark choice of which union it wants to be a part of. For the sake of the next generation in Scotland, independence in Europe is by a country kilometre our best future.