What happens to undocumented migrants in the new surveillance state? 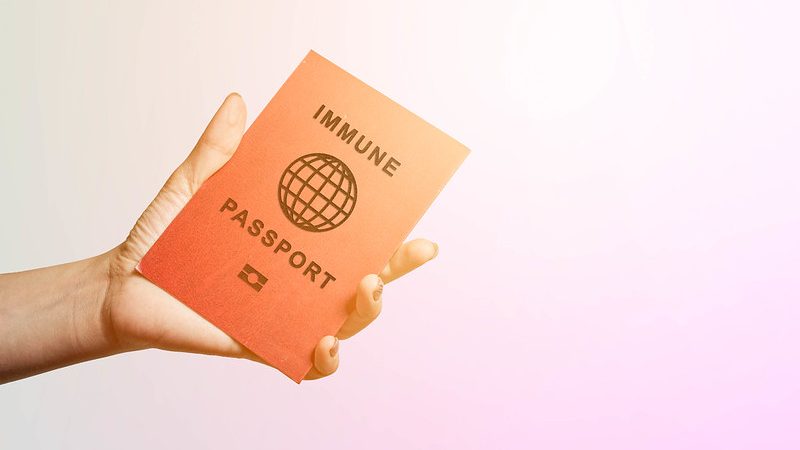 Olivia Bridge is a correspondent for the Immigration Advice Service.

The government has flip-flopped on the subject of Covid-19 vaccine passports, with Michael Gove and Nadhim Zahawi apparently ruling out the proposal in February. Now, however, Gove is rallying ministers to support the initiative.

The Cabinet is conducting an internal review into the proposal to weigh up the ‘pros’ of opening the economy as soon as possible, against the ‘cons’ – which range from discrimination to the active ostracization of certain communities from participating in public life.

The outcome of the report is scheduled for publication by 21 June, but Prime Minister Boris Johnson has already instigated that an immunisation pass will be needed for pubs and today confirmed there will ‘definitely’ be a form of vaccine proof required when travelling overseas.

However, as tantalisingly close as normal life may seem, it is paramount that we do not walk blindly into this ethical minefield which could pave the way towards a digital ID scheme.

Indeed, vaccine passports raise the spectre of a whole host of abuses or blunders, which could expose personal data, and serve to entrench pre-existing inequalities – while pushing marginalised groups even further into the margins of exclusion.

The airlines and tourism industry have unsurprisingly leapt at the proposal with numerous trialling their own spin-off version of immunisation passes for their passengers. However, although such a scheme may be feasible for travel purposes, concerns over discrimination are well-founded when it comes to use here in the UK.

Alarmingly, two biometric companies, iProov and Mvine,  have been tasked with trialling facial scanning technology with a view to scan individuals entering buildings to verify their immunisation. This is despite the catalogue of evidence which points to the discriminatory nature of facial scanning technology, and further still what sort of democracy we would be living in when under mass surveillance to this invasive degree.

As stressed by anti-ID organisations such as Big Brother Watch, vaccine passports could be one slippery slope away from full digitalised identities where our fingerprints – or faces – could unveil not only our health status but our financial status, social media use (including political opinions) and legal records, all of which could be nefariously exploited when fallen into the wrong hands.

Yet one unexplored aspect of digital identity schemes is where undocumented migrants, asylum seekers and refugees fit into this surveillance state. Migrants are already shuttled into a two-tier society where they are expected to prove their right to work, right to rent and right to remain in many aspects of their daily lives. And that is not to forget the fact that many asylum seekers simply do not possess the technology to cater to the demands of this digitalised utopia.

The key to ending the pandemic is found in the vaccination of asylum seekers and refugees according to UNHCR – a fact which has bypassed the UK government as it refuses to prioritise and appeal to this demographic. Government figures have only meekly suggested undocumented migrants seeking the vaccine won’t be penalised by immigration enforcement.

Yet evidence by the Joint Council for the Welfare of Immigrants (JCWI) finds the past decade of the ‘hostile environment’ has deterred many from taking the vaccine – including undocumented migrants and people with settled status, permanent residency or Indefinite Leave to Remain – out of fear that their GP would report them. If their biometric information was taken and collated into a database for the purpose of vaccine passports, it is probable that even fewer would sign up for the vaccine.

It’s evident that any such digitalised scheme could infringe upon all of our human rights – however, for migrants and asylum seekers, it could be the next step in keeping them permanently segregated from public life.

One way to mitigate the creation of an unbalanced society would be to grant a once-in-a-lifetime immigration amnesty, where the estimated 120,000 to 1.3 million people who live in the shadows without documentation could receive a vaccine and full immigration status.

Not only is this in the best interests of public health, but it would in turn boost the economy, uncover many human rights and modern slavery abuses – and allow us all to return to a far fairer ‘normality’ than there ever was before.

The Immigration Advice Service is a team of UK immigration lawyers.