The government needs to practice what they preach about levelling up on job protection, writes Tony Burke. 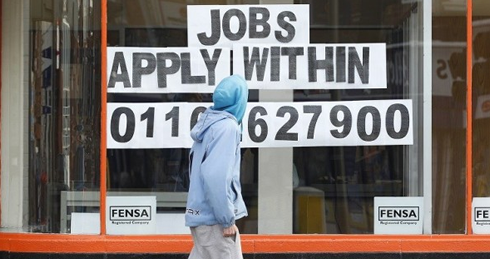 Fire and rehire has been described by Unite General Secretary Len McCluskey as being a ‘disease that’s ripping through our workplaces’.

A number of TUC unions are fighting fierce battles against employers who are using the illegitimate tactic to opportunistically level down pay and conditions at a time when workers are worried about the impact of the Covid-19 pandemic.

A number of unions have come up against the tactic including Unite at British Airways, Dowe Egberts coffee, and Go North West buses in Manchester, USDAW at Tesco, the GMB at British Gas where many service engineers who refused new contracts have subsequently lost their jobs – it looks like other bosses are catching on.

They are levelling down pay and conditions – often to zero-hours or short hours contracts – despite Boris Johnson claiming he wanted to level up the UK.

In some of the big hotel chains longstanding staff are being fired and rehired onto short-hours contracts. And what the big chains do, the smaller ones follow.

A TUC poll revealed that nearly 1 in 10 workers have now been told to re-apply for their jobs on worse terms and conditions or face the losing their jobs.

Almost a quarter say their working conditions including pay and working hours have been downgraded since first lockdown in March last year.

Picture even bleaker for BME and young workers

And for BME and young workers the picture is bleaker with almost  a fifth (18%) of 18-24 year-olds saying their boss has tried to re-hire them on inferior terms during the pandemic.

Working people (12%) are nearly twice as likely than those from higher socio-economic groups (7%) to have been told to re-apply for their jobs under worse terms and conditions.  BME workers (15%) have been faced with “fire and rehire” at nearly twice the rate of white workers (8%)

The polling says that that nearly a quarter (24%) of workers in the UK have experienced a downgrading of their terms during the crisis – including through reduced pay or changes to their hours.

One in three (34%) young workers (18-24 year-olds) say their terms at work have deteriorated since March. And a nearly a third (30%) of low-paid workers (those earning up to £15,000) report the same.  Around two-fifths (38%) of workers say they are worried about having a job in the year ahead.

This is a far cry from Boris Johnson’s promise  that it would bring forward a new employment bill to improve people’s rights at work. There is still no sign of any such legislation.

It is clear that some employers are taking advantage of the ongoing lockdown and the forthcoming winding down of the furlough scheme and are using fire and rehire to slash pay and conditions.

The tactic is not new – just look at retailers such as Asda, where workers who didn’t accept a new contract were told in 2019 they would be dismissed were given seven days to re-apply for their jobs. Indeed, aggressive bosses appear increasingly willing to attempt the tactic before any negotiations have happened in an attempt to bully workers into agreeing changes.

What we are now seeing is ruthless slash and burn tactics by employers.

Paul Scully MP, parliamentary-under-secretary of state for business, said the government “will tackle” fire and rehire, which he condemned as “bully-boy tactics”. Jacob Rees-Mogg MP, leader of the House of Commons, called fire and rehire threats “wrong” and a “bad practice”, adding companies should know “better than behave in this way” all the time looking the other way as workers face big reductions in their pay and conditions.

Boris Johnson claimed he wasn’t aware of the practice,  in response to a question from Labour’s Kim Johnson MP.

Fire and rehire practice outlawed in Ireland and Spain

The practice of fire and rehire is outlawed in Ireland and Spain and in the rest of Europe there are restrictions on employers. It’s time for the UK to outlaw this practice and for the government to practice what they preach about levelling up on job protection.

Somehow I doubt it they will. They will have to be forced to do it.