The current system for global economic relations is designed to favour wealthy elites over working people. 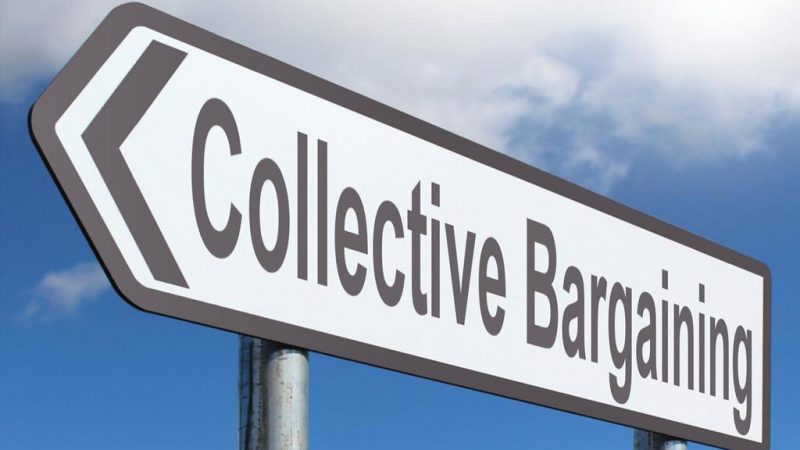 Geoff Tily is Chief Economist for the Trades Union Congress

This year, the UK hosts the G7 summit. It is preceded by the L7 summit – a meeting of trade union bodies from G7 countries to influence the G7 summit. As part of the build-up, a TUC digital conference takes place tomorrow called Building Back a Better World, looking at how G7 economies and global financial institutions need to change. It is free and open to the public. Find out more and sign up here.

As an economist, talking about global financial systems interests me. But it can make people glaze over or switch off,  not helped by all the jargon and maths. But the issues that matter are more straightforward.

You don’t need an economics degree or statistics A level. Just look at the evidence of your own life, and your family history. When our grandparents went to work, they had stronger bargaining power with their employers, helping them secure a fairer share of the wealth they produced in their wages.

Today, workers have less power. Freedoms to unionise and bargain have been cut back. The gap between the wealthy and the rest of us is bigger than ever. And those with great wealth have more power too.

Venture capitalists get away with setting up companies like Uber that deny workers basic rights. And companies spend millions on corporate lobbyists to influence legislation in their favour.

They use this influence for special treatment like tax cuts for the rich, or union-busting to take an ever-greater share of corporate profits while holding down wages and working conditions.

The problem here is not only unfairness. There is also a major economic flaw that holds back growth and development.

The wealthy elite want to put their money back into expanded production to continue making profits. But they need people who can afford to buy their new products and services.

So how do you keep the show on the road? Since the late 1970s, the method has been easy credit and much greater private debt. People can keep on buying and the wealthy still earn a fat return. But at some point, this approach will always run out of road – like with the financial crisis a decade ago.

Instead of fixing the core problems, politicians spent the last decade trying to dig us out of the mess by cutting public services and the pay of millions of key workers.  It failed. In the UK, the cuts caused the weakest recovery from an economic crisis in modern history, and the worst slump in living standards for 200 years.

There is a much easier way out, with greater long-term stability. We can return to a system that helps governments prioritise full employment, strong wage growth and fair balance of power and wealth for working people.

Some might say: “what’s to stop Britain doing this if we want?”  Good question. Our government could have done much more in the last decade. But domestic action alone is not enough, especially for poorer nations at the sharp end of the global race to the bottom.

The current system for global economic relations is designed to favour wealthy elites over working people. Nations are forced to compete for corporate investment to create work by pushing down workers’ rights and wages.

We can negotiate a new international approach that helps all countries aim domestic policy at well-paid, decent work. And instead of lurching from one crisis to another, we can target resources to the things that people need – clean energy, affordable homes, and good quality public services.

Nationally, we must strengthen bargaining rights of workers through trade unions. The minimum wage should increase significantly, and quickly. And business models that depend on exploitation – such as the gig economy or zero-hours contracts – must be banned.

Public investment should increase in the services and infrastructure needed for decent living standards and a sustainable future. And there should be agreements with industry to make sure that jobs created by this investment have fair pay, decent workers’ rights, training opportunities and union representation.

Internationally, we need new agreements that help countries reduce inequality and target full employment and wage growth, instead of lowering standards for workers, consumers and the environment.

And we must modernise global institutions governing finance and trade – for example giving the World Trade Organisation greater responsibility for improving and upholding workers’ rights and going back to the original goals of the Bretton Woods conference.

Changes like these are the focus of reforms proposed by the Trade Union Advisory Committee to the OECD, which the TUC wholly endorses.

President Biden is on the right track with his recent proposal for international cooperation to make sure global corporations always pay a fair rate of tax. He suggests that the funds raised are used to aid progress towards net zero carbon emissions. It shows the possibility for a different type of globalism that works for the many, not the few.