Let’s not patronise people: they can see the benefits of effective carbon pricing, says Hannah Dillon 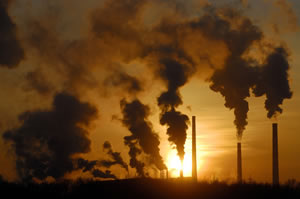 In polling released this week, we found surprisingly high levels of public support for a carbon tax on big polluters (70%), even when it was made clear this might lead to increased costs of high-carbon goods.

This support is consistent across regions and age, and the reasons for it are clear.

There is a perception that polluters are not paying their fair share, although 74% would like them to do so, and the public want lower-carbon products to cost less than their high-carbon counterparts (70%).

This is paired with extremely high levels of concern about climate change, and a widespread recognition that we need to get our emissions under control – including those we are responsible for abroad.

There is, of course, recognition that a carbon tax levied on the producers of greenhouse gas emissions might lead to cost increases for consumers. Sixty-eight percent want a plan for a carbon tax to ensure lower-income households are protected from the impacts of any price increases, and 70% want a carbon tax to be introduced in conjunction with other green policies, such as job creation, re-training, and investment in green technologies.

These two points are absolutely critical, not just when it comes to carbon pricing, but decarbonisation policies more broadly; they are front and centre of the Zero Carbon Campaign’s proposals for carbon pricing reform.

We cannot decarbonise our economy at the expense of those least-able to pay, and we have to ensure a fair transition for workers in high-carbon industries. It came as no surprise to us that the most popular option for investment of carbon tax revenues was green job creation and skills retraining.

Fortunately, a steadily increasing carbon price can support this endeavour. Coupled with good governance (to ensure tax rises stick) and financial re-risking mechanisms (to drive investor confidence), a carbon price signals that low-carbon investments are valuable today, and will be even more valuable tomorrow.

Action taken to price high-carbon goods at the border, via Border Carbon Adjustment or otherwise, ensures neither jobs nor emissions are offshored to places with less stringent environmental policies – creating a more level playing field for UK producers.

This is good news for existing jobs, because it supports the low-carbon transition of high-carbon industries, rather than their abrupt demise, and it provides a business case for skills retraining.

It will also create hundreds of thousands of new green jobs, according to the Climate Change Committee, especially in areas such as building retrofits. Not only will most of these jobs be created in areas of high unemployment – where the lowest energy efficiency ratings tend to be found – but the impacts of these home retrofits will have multiple benefits for people, such as lowering the cost of their energy bills.

We do not pretend that a carbon tax is an environment silver bullet, nor the only policy required to achieve net zero. But it can provide a core to the UK’s decarbonisation roadmap, and if done right, it can gain public support.

No tax is ever going to be universally popular, but there does appear to be a grudging acceptance that taxes will have to increase to cover the costs of supporting people through the pandemic.

A tax that provides new revenues to support a just transition towards net zero, whilst getting pollution under control, appears to be something that people can get on board with.