The budget will plunge more people into poverty and foodbank queues. 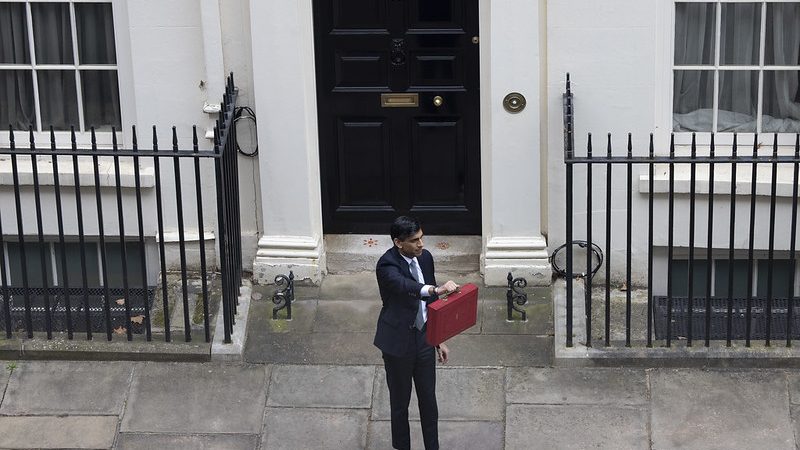 The post-Covid economic recovery needs to be built upon equitable distribution of income and wealth and new jobs, accompanied by a boost to the purchasing power of the masses to enable them to buy goods and services produced by businesses. This is the practical translation of the UK government’s slogan of “levelling-up”, but that is not what budget statement has delivered.

The good news is that the staff furlough scheme under which the government paid some of the wages of staff laid off during the pandemic will run until September 2021, but thereafter employers would need to pay more.

Self-employed people will also get some help and the chancellor has said that 600,000 people previously excluded will get some financial support. However, there is no universal basic income or minimum base for support. The chancellor’s announcement does not take account of the specifics of industries. For example, the aviation industry is likely to struggle for some time but its employees have not been offered long-term assurances.

The government is to create an Infrastructure Bank with an initial £12bn capital to investment in the country’s infrastructure. Well, the UK had a state bank to address infrastructure issues. It was called the Green Investment Bank and was sold-off by the government in 2017. Now it is being reinvented with a puny budget. It is worth recalling that Labour had promised a £500bn national investment bank to regenerate cities and town, renew infrastructure and invest in green jobs over the duration of a parliamentary term.

Since April 2021, stamp duty of house purchase of up to £500,000 has been suspended. This concession will continue until June after which the value of property qualifying for the concession would be reduced. The government has also announced a new mortgage guarantee scheme to enable homebuyers to secure a mortgage up to £600,000 with a 5% deposit. 95% mortgages are likely to overheat the housing market and when interest rates increase many trapped in higher mortgages will face negative consequences. Notably, there is no equivalent taxpayer-funded support for people living in rented accommodation.

Redistribution is missing from the budget. The government did not end wage freeze for public sector workers. There is no increase in statutory sick-pay of £95.85 per week. The £20 per week top-up of Universal Credit, which was introduced at the start of the pandemic, will be temporarily retained. This will help some 6.5 million families, but only until September.

Many households will also face a council tax rise of around 5% as the government has refused to fund social care from general tax. In addition, household budgets will be further depleted by an increase in the cost of gas, electricity, food and other essential. VAT was cut to 5% for tourism, hospitality and accommodation businesses. This concession will come to an end in September, followed by a 12.5% rate until March 2022 and a return to 20% from the following April.

Altogether, there is little relief for household budgets and the planned increase of 19p per hour in the rate of minimum wage will do little to help the less well-off.

The small print of the budget shows that there will be cuts in public services. The budget for NHS England will be slashed from £147.7m for 2020-21 to £139.1m in 2021-22 even though there is a huge backlog of operations and urgent treatments. The Institute of Fiscal studies says that the government is planning to spend £14bn to £17bn less on public services each year after 2021 than planned pre-Covid. Each cut will be paid for by loss of jobs, wages and degradation of public services. No doubt, in due course the mantra of ‘we can’t afford it’ will be followed by more privatisations of public services.

The government’s economic strategy assumes that people will borrow and spend their savings to boost the economic recovery. Levelling-up is just a slogan and the budget will plunge more people into poverty and foodbank queues.

Finally, while the shadow of Brexit looms large on the UK economy, the chancellor said nothing about it.