Johnson's sister and Gove's wife have been two ringleaders of the anti-Markle campaign. 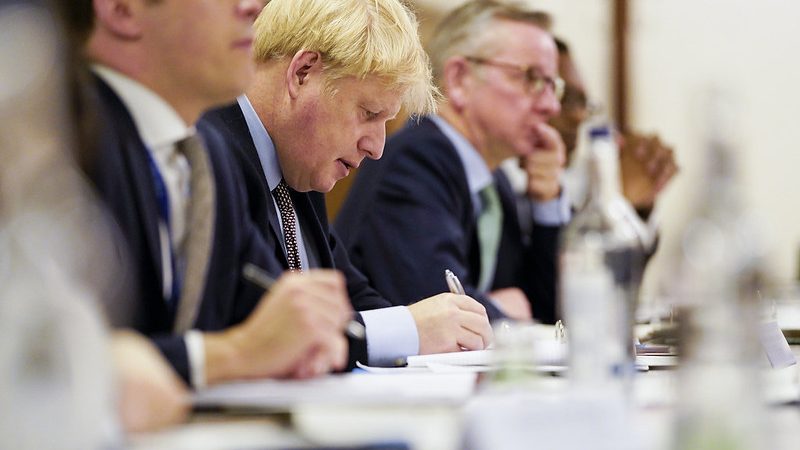 Written by Raoul Walawalker, feature writer at ImmiNews, part of an organisation of UK and Ireland immigration lawyers

So far Boris Johnson has managed to avoid comment on Harry and Meghan’s Oprah interview and, given some of his connections to the media in question, it’s a wise choice.

It was Boris’ sister Rachel Johnson’s Daily Mail column on Meghan Markle a few years ago which in many ways defined that paper’s position towards her.

Two years after it was published in 2016, she issued a half-apology to Harry (not Meghan) for the racist undertones in the article while arguing that it was mostly just misinterpreted.

After that, she stopped writing about the Royals. But Michael Gove’s wife Sarah Vine continues to write about Harry and Meghan prolifically in the Daily Mail, sharing her similar and constant disapproval.

Rachel Johnson’s piece, headlined, ‘Sorry Harry, but your beautiful bolter has failed my Mum Test’ began by justifying her attack on Harry’s ‘Hottie’ with the explanation: “Prince Harry, 32, lost his mother when he was a boy, and ever since that dark day I’ve had feelings for him. Maternal feelings. And every time he has a girlfriend, I subject her to the “Mum Test.”

In her evaluation, ‘hottie’ Meghan, with her ‘exotic-DNA,’ and TV background, failed that test. She essentially painted Meghan as a manipulative, foreign siren and the kind of girl that roaming Harry should certainly have fun with, but not marry – in her, and the Daily Mail’s ‘motherly’ view.

Echoing colonial attitudes to ‘native women,’ ‘racism’ could be too narrow a definition of the piece, missing out the sexism and snobbery also embedded, and a world dividing women into stereotype of opposites; rich/poor; black/white; mistresses/mothers.

Meanwhile, with Vine, the attacks tend to be broader, extending to generalised portrayals of their ‘phoniness’ as opposed to blue-bloodedness, Meghan’s childish pretension to royalty, and with particular vitriol over desires to adopt progressive politics.

“And now this. A guest editorship of Vogue featuring a list of inspirational women, half of whom no one’s ever heard of (referring to names including Greta Thunberg, Jacinda Ardern, Salma Hayek ),” wrote Vine a couple of years ago informing her that ‘Brits’ can see through fashion royalty that’s not true royalty.

Yesterday, her column chose to remind readers of a 2006 video clip of Harry using racist slurs and to lay into him for allowing Meghan to tarnish the Royal family through her implied dishonesty during the interview.

But the government have stayed silent about this kind of constant criticism. Maybe this is because royal scandals are a distraction from all the other unpleasant things that deserved more attention.

Such as Health minister Lord Bethell justifying that nurses don’t deserve more than their one percent pay rise, or the Government somehow sticking to unconscionable cuts in foreign aid to Yemen and even possibly prolonging its war.

Then there’s the issue of whether the Home Office will or won’t comment after the results of watchdog inspections of asylum camps at army barracks have confirmed NHS and other reports that the Home Office has knowingly put hundreds of asylum seekers at risk of serious illness under conditions that disregard basic refugee rights.

With that and much else in the background, it’s unlikely that Boris would mind if the media storm over Meghan’s interview raged on, be it through Piers Morgan’s resignation spectacle or Sarah Vine’s latest malevolent Daily Mail contribution.