What’s next after Uber’s decision to make its drivers employees? 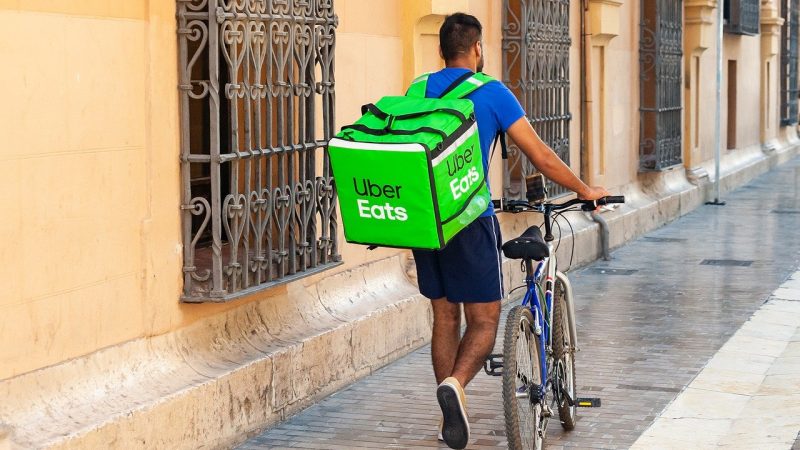 A guaranteed minimum wage, holiday pay, and pensions, have finally been promised for UK drivers by US ride-hailing app giants Uber. But do Uber’s promises fall short of full workers’ rights’ compliance, and will they really mark the end of unscrupulous working conditions for gig workers?

Uber announced today that it will give its 70,000 drivers in the UK a holiday pay, pensions, and a guaranteed minimum wage.

Uber’s pledge for fairer working conditions, comes in the wake of a landmark Supreme Court judgement in February, which saw the US firm lose the legal battle. The long-running court battle ruled that UK Uber drivers are entitled to basic workers’ rights.

A game-changer for the gig economy?

Uber’s statement has been largely welcomed by union leaders and employment experts, hailed as a “significant milestone” which will have far-reaching consequences on the gig economy.

Cautions have been expressed for other gig companies to take note, as the move needs to mark the end of the unethical working practices many gig workers are subjected to.

GMB, the union for Uber drivers, have voiced such caution. Noting how Uber has finally done the right thing, GBM Union says other gig companies should “take note”.

“Uber had to be dragged kicking and screaming to do the right thing, but finally they’ve agreed to follow the ruling of the courts and treat their drivers as workers,” said Mick Rix, GMB National Officer.

“Other gig economy companies should take note – this is the end of the road for bogus self-employment,” Rix continued.

Leigh Day, the law firm that represents gig economy workers, is also optimistic that the reclassification of UK drivers by Uber will impact the whole gig economy and that other companies operating similar systems should pay attention.

“This announcement from Uber is significant, not just for Uber drivers, but for the whole of the gig economy,” said Michael Newman, a partner in the employment team at Leigh Day.

“We hope employers within the gig economy recognise that the people working from them should be given the basic rights such as holiday pay and the National Minimum wage,” Newman continued.

A day late and a dollar short?

However, not everyone shares similar confidence over the announcement.

The App Drivers & Couriers Union (ADCU) welcomes Uber’s decision to finally commit to giving its drivers basic workers’ rights, but says it is a “day late and a dollar short, literally.”

Analysing the ‘small print’, ADUC describes how whilst the Supreme Court ruled that divers are to be recognised as workers and accrue the minimum wage and holiday pay on working time from log on to log off, Uber is only committing to allowing drivers to accrue such entitlements from time of trip acceptance to drop off.

According to ADUC, this will result in Uber drivers being short-changed to the tune of 40 – 50%.

“It is not acceptable for Uber to unilaterally decide the driver expense base in calculating minimum wage. This must be subject to collective agreement,” said James Farrar and Yaseen Aslam of the ADCU.

“While Uber undoubtedly has made progress here, we cannot accept anything less than full compliance with legal minimums. We would also expect to see Uber make progress towards trade union recognition, a fair dismissals appeals process and a data access agreement.” They continued.

The Trade Union Congress (TUC) has welcomed the announcement but has aired similar caution as ADUC and is also urging Uber to recognise trade unions.

The TUC has said it is ready to host talks with Uber and private hire unions to begin the trade union recognition process.

Frances O’Grady, TUC general secretary, says the announcement is a “big step in the right direction” but admits they will “check the small print of this offer.”

Still taking drivers for a ride

In its response to the announcement, the Independent Workers’ Union of Great Britain (IWBG), the UK’s leading union for precarious workers, says Uber is still taking drivers for a ride, reiterating how the company’s minimum wage is only guaranteed during day trips.

The union is calling on HMRC to enforce the Supreme Court ruling on unpaid waiting times to eliminate drivers being unpaid during times they aren’t on a journey.

Nadar Awaad, Vice Chair of IWGB’s United Private Hire Drivers branch, commented on the pitfalls of Uber’s pledge: “This is a positive step from Uber, however as ever the devil is in the details and Uber is still falling short. To comply with the law, Uber needs to guarantee a minimum wage for the entire time we are logged into the app, as the Supreme Court ruled, and pay immediate compensation for backdated wages, holiday pay and pensions.

“Moreover, Uber must now turn over a new leaf in how they treat drivers and commit to a fair process for dismissals and trade union recognition,” said Awaad.