What would an 'anti-woke' TV agenda look like? It doesn't bear thinking about, writes Nina de Ayala Parker. 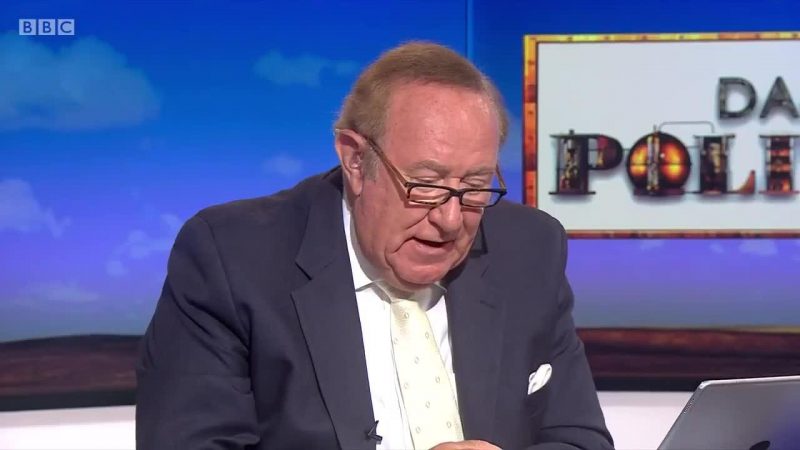 Nina de Ayala Parker is a writer and activist.

We already have Brexit, we have a Conservative Government, we already have a right-wing print media. We really do not need GB News.

Do we really have the need for a news channel that is likely – given Andrew Neil’s anti-‘woke’ crusade – to platform climate change deniers and racists, at a time when really humans need to be as woke as they can to solve the crises facing our planet today? (Before the trolls arrive, all ‘woke’ means is that you believe in equality and call out inequality when you see it.)

So yes, we need resistance and indignation, and activism in opposition to a channel hosted by a man with a worrying history when it comes to so-called climate change scepticism.

We have a lot of energy to stop a mini-Fox news channel (and there are also plans for a UK version of Fox), which will probably be lapped up by the people who still watch the news, aka the over 60s. We’ve already learnt it will be available to 96% of households.

The planet is on fire, and you don’t need to be a “woke warrior” to see that we need to be concerned about ex-BBC host Andrew Neil’s record of platforming climate change deniers.

Another pandemic was rife in the 1970s and 80s when The Sunday Times, under Andrew Neil’s editorship, ran a campaign attempting to argue that HIV was not a cause of AIDs. Neil went as far as to say in 1996: “Aids had become an industry, a job-creation scheme for the caring classes.”

For Neil, anyone who cares for this planet and the people that live on it, seem to be the bad guys, whereas rich TV moguls are down with the working classes and the obvious choice to lead a “new” and fresh news channel.

If we really wanted something fresh and new, why don’t we give London Hughes a news channel? She’s funny, light hearted and shock horror, not a 70+ year old white man.

Nonetheless, Neil’s co-anchors make him look like a saint. Lined up to take centre-stage we have the infamous lockdown sceptic, Julia Hartley-Brewer. She has poured petrol on the fires of the anti-mask campaign, before appearing to jet off to the Caribbean.

Julia Hartley-Brewer’s lockdown scepticism is also dangerous, especially when you live in a country where many of us know someone who has passed away from the disease, topping the charts for the highest mortality rate per capita in the world.

Instead, we have Julia posting photoshopped picture of masks with ‘I want my face back, I wear this mask against my will’. And now, just last week, we had a tweet from the Anthea Turner – rumored to be tipped for a GB News role – vilifying overweight and disabled people [she has since apologised for the ‘clumsy’ cartoon].

This isn’t about #CancelCulture or censorship. It’s about there being consequences for your actions. Just because you’re a household name, does not mean you’re free from the consequences of your dangerous rhetoric.

If we want to make up for our past, at least put some effort and real empathy in it. Can you imagine Neil apologising for denying Aids was caused by HIV? Can you imagine Julia Hartley-Brewer ever apologising for her anti-mask campaign, despite the shocking death toll of Covid? If the answer is ‘no’, why do we constantly give megaphones to these people?

Being ‘cutthroat’ or just outrageous doesn’t make you a great journalist. Often, it just makes you a dick.

Ed: GB News has rebutted claims it will be a right-wing channel, with its CEO arguing: “GB News will be staunchly independent…We are absolutely committed to our mission to report news in the most accurate and balanced way we can.” Andrew Neil has been contacted for a right of reply about his role at the Sunday Times and past comments about Aids.