Untangling the web of influences behind the Tories' latest political obsession. 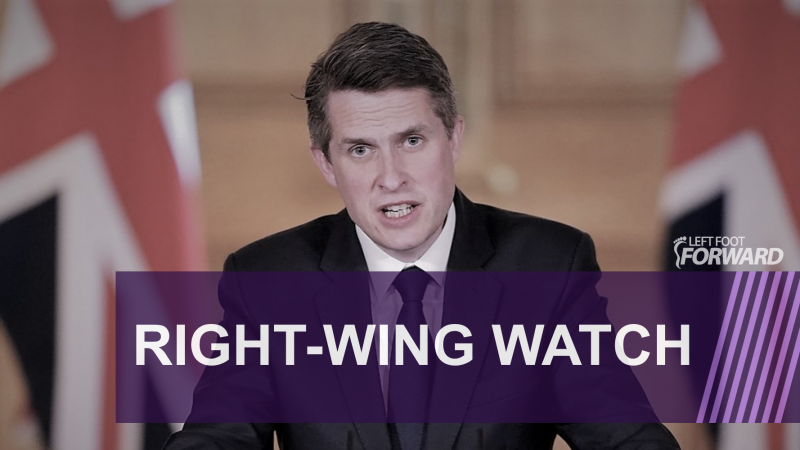 I first became aware of one of them when they targeted my university a few years ago.  I was investigating these people for an entirely different article, about climate change denial, when I stumbled across a surprising name from my past, now at the heart of policy-making in government.

Free speech in universities has been a long-running concern of Munira Mirza, Head of the No. 10 Policy Unit.  She is behind the government’s “war on the woke”, a phrase first which first appeared in the British media last June.

Mirza is a former member of the Revolutionary Communist Party, which gradually mutated in the early 2000s into a right-wing populist network.  The RCP’s magazine, Living Marxism, renamed LM, was forced to close in 2000 after losing a libel case, over false accusations that ITN journalists had faked images of war crimes in Bosnia.

The following year, many of the same people launched a new online journal, Spiked, which continues to provide a platform and focal point for former RCP members (including the editor) today.  Members of this “Spiked network” gradually moved into influential positions in the media, in scientific organisations, and back into politics more recently via the Brexit Party.

Although the politics of Spiked have moved a long way since Living Marxism, it still displays the same provocative contrarianism and flexible attitude towards facts and evidence, particularly around climate change.  Liberal elites, including environmentalists, replaced the bourgeoisie as their main target.  Like LM, Spiked continues to take a provocative line on free speech – applying it to Holocaust deniers, for example, although there are some curious gaps in their criteria for concern, as I discovered a few years ago, when they targeted my university.

In 2015, Spiked launched a new campaign, which ran for four years, called ‘Down with Censorship’ aimed at universities.  Someone had the brilliant idea to use a tool familiar to everyone in higher education – a league table.  This offered a ready-made story for the mainstream media, including the Guardian, who reproduced the findings with little scrutiny of the source or methods.  UWE was ranked one of the worst in the country, because the students’ union had banned “transphobic propaganda” and payday loan companies from advertising on their premises.

An important element of Spiked’s campaign was that “no platforming” is equivalent to censorship – a language echoed by the recent government announcements.  No platforming began in the 1980s when some students unions decided that they would not allow racists to speak at student union venues.  It gradually extended to other forms of hate speech, and has arguably been overstretched at times.

I naively responded to Spiked’s league table with a carefully worded article for the site.  They replied refusing the article because “it runs counter to Spiked’s own project…[and] our criteria [which], we believe… to be fair and robust.”  The irony of this “no platforming” seemed to elude the writer.

Although the Spiked network remain iconoclastic outsiders, attempts to infiltrate and influence the establishment have led them to make closer links with right-wing Conservatives.  A Conservative MP recently used Spiked to call for the repeal of hate speech laws, for example.  In 2019, Spiked ended its Down with Censorship campaign.  A few months later, the cause was taken up by Policy Exchange, a mainstream Conservative think tank (the one which recently called for a police crackdown on Extinction Rebellion).

I discovered a more surprising link between the former Marxists and the Conservative right whilst researching the climate denial links recently. Munira Mirza is married to Dougie Smith, who also works at the No. 10 Policy Unit. Several media have described them as a “power couple” wielding influence at the heart of government, working together to promote their “war on the woke”, against the BBC for example.

In the 1980s, I knew Dougie Smith as a right-wing Vice-Chair of the Federation of Conservative Students (FCS).  In a controversial organisation, he was a controversial figure.   I remember him writing some provocative things about sex and sexuality – an interest which he seems to have cultivated in later life.

FCS was wracked with factional infighting at that time.  I joined as a true believer in free market economics (a faith I lost shortly afterwards) but joined the ‘wet’ faction, mainly because of the racism I saw in the right-wing factions.  “No platforming” was a big issue for FCS.

The right-wing factions would deliberately goad opponents to remove them from platforms, to further that cause.  For example, while Apartheid reigned in South Africa, some of their speakers wore badges or T-shirts saying ‘Hang Nelson Mandela’, causing pandemonium at a National Union of Students conference.  During a debate on freedom for Palestine, some of them surreptitiously shouted “Jews Out!” hoping to paint the proposers of the motion as anti-Semites.  [No wrongdoing is alleged of Dougie Smith]

By the mid-1980s FCS’s antics were becoming an embarrassment to the Conservative hierarchy.  Party Chairman Norman Tebbit decided to close them down in 1986.  Like the RCP, many of their former members went on to various positions inside the Conservative Party and elsewhere in the establishment, spreading a similar mixture of deliberate provocation and a sense of entitlement to a platform.

Right-wing populist politics relies on trivial targets to distract attention away from real power.  This latest campaign for free speech in universities seems no exception.  Of course, minor players like students unions do sometimes infringe legitimate rights, but they are the minnows in the pool.

The sharks, missing from Spiked’s league tables and the pronouncements of ministers, are commercial funders, government departments and research contracts containing publication vetoes.  There are several possible reasons why Spiked (and ministers) might want to avoid mentioning those issues.  Spiked has been partly funded by the Koch brothers, billionaire climate change deniers with fossil fuel interests.

The people refused a platform because they want to attack multi-culturalism or trans rights can hardly claim they lack other outlets for their views.  By contrast, research funders have the power to stop research or suppress inconvenient findings altogether.  The British Medical Journal has described how “drug research, even from clinical trials” is “routinely suppressed… harming patients and increasing healthcare costs.”

My university is not the villain painted by Spiked, but there are more subtle constraints on free speech which operate behind the scenes in all universities.  I have been quietly warned or admonished in the past for criticising organisations on whom we rely.

As I describe in my recent book Roads Runways and Resistance, after my arrest with Extinction Rebellion, an anonymous third-hand and deniable source in Whitehall told me that I was blacklisted from government research contracts. They haven’t managed to silence me, because I am near enough to retirement not to care.  Younger academics concerned about their career prospects quickly learn which areas they should steer clear of.

Free speech in universities is a genuine concern, one which we should all support. But this campaign by the government will do little to address the real problems.  It is the latest round in a dangerous game of ‘divide and rule’.

We only have to look across the Atlantic to see what happens when politicians start to demonise the people they associate with their opponents.

Steve Melia is a Senior Lecturer in Transport and Planning at the University of the West of England.

Steve Melia’s Roads Runways and Resistance – from the Newbury Bypass to Extinction Rebellion is published by Pluto Press. His website is here.

Editor: Dougie Smith and Munira Mirza were contacted for this piece via No 10 but no response was received by time of publication.