An overwhelming 71% of the public believe it is more important for the chair to be politically neutral rather than influential in UK media and culture. 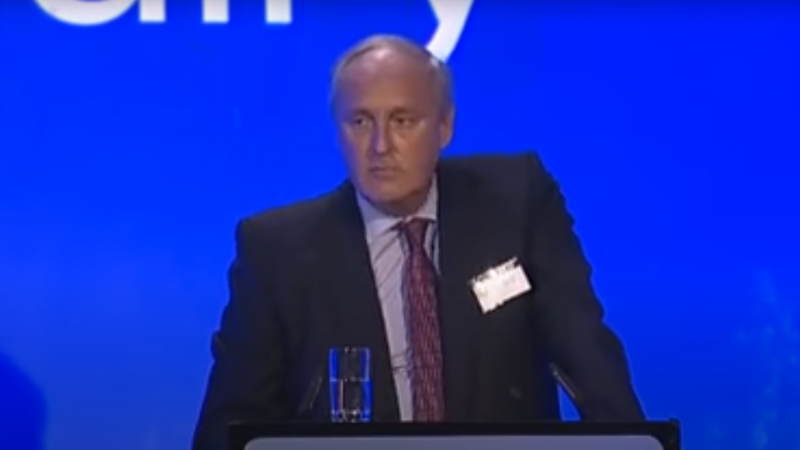 Voters are opposed to the rumoured appointment of former Daily Mail editor Paul Dacre as head of Ofcom by four to one, Left Foot Forward can reveal.

A YouGov survey for the New Economics Organisers Network also shows that 49% believe the broadcast regulator should appoint a new chair through an internal recruitment process – rather than being appointed directly by the Government.

The polling, first conducted in September but now published, show that 34% specifically opposed Dacre’s appointment, with just 8% supporting it.

The polling comes as Boris Johnson is expected to announce the appointment of the controversial Dacre this week.

An overwhelming 71% of the public believe it is more important for the broadcasting regulator’s chair to be politically neutral rather than influential in UK media and culture. Dacre, who has allegedly been lined up for the role to ‘target the BBC’ has previously been described as ‘the man who hates liberal Britain‘.

Under Dacre, the Daily Mail has been unsubtle when pushing its own brand of right-wing philosophy. Perhaps the best encapsulation of their worldview is the now infamous ‘Enemies of the people’ front page, in which High Court judges were attacked for ensuring Parliament had a say over the Brexit process.

The paper, which campaigned fervently for Brexit, often had difficulty disguising its outright contempt for ‘Remoaners’, ‘saboteurs’ or really, anybody who is not a Daily Mail reader.

And it has been accused of fuelling xenophobic sentiment by running a series of frenzied articles on migrants in the run-up to the EU referendum. A 2016 study showed that the Mail had dedicated 122 front pages to anti-migration stories over a five-year period.

Other Mail stories under his watch including taking on NHS workers asking for a pay rise, raging at so-called ‘benefits scroungers’ and negative reporting of working mothers.

Ofcom is the regulator and competition authority for the UK communications industries. It regulates the TV and radio sectors.

Stop Funding Hate director Richard Wilson said: “Under Paul Dacre, the Daily Mail’s coverage got so bad that they were banned as a source by Wikipedia and called out by the United Nations over their “unique” hostility to migrants.

“The UK press is already the least trusted in Europe. The last thing we need right now is the “Foxification” of our TV and radio too.

“But there are ways to challenge this: One thing we can all do is use our power as consumers and urge the companies we shop with not to advertise with TV channels seeking to introduce “Fox News style” broadcasting in Britain.”

He added: “Dacre has no meaningful experience in broadcasting, telecommunications or broadband which are central parts of Ofcom’s remit. He has no experience of fostering or scrutinising impartiality which is supposed to be at the heart of Ofcom’s responsibility…

“Our concern is that Dacre is a sop to the Tory right and a potential axeman who will run down the BBC and public  service broadcasting more generally, without doing anything to deal with the very serious problems of concentration and elite influence that are undermining public confidence in our media system.”

LSE professor in the department of Media and Communications Charlie Beckett told LFF that Ofcom has had ‘political’ appointments to its leadership in the past.

“But it is primarily a very technical organisation with detailed procedures in regulating industries such as telecoms that are all about wires and pipes, not politics. Ofcom is a very bureaucratic institution with lots of committees and statutory obligations. The Chair has little room for manoeuvre,” said professor Beckett.

But he added that media and technology has become increasingly political and Ofcom’s responsibility has extended to more sensitive areas such as online and the BBC.

While Dacre is ‘a big beast’ in media and ‘a big thinker’, he has a narrow background and very little experience in the industries Ofcom works with, Prof Beckett said.

He added: “Clearly, this can be interpreted as an attempt to send a warning shot to the BBC and even the social networks and it will fuel the febrile debate around ideas of impartiality.

“In practice, I am not sure he will be able or willing to have much impact on Ofcom itself or its policies. We are about to enter an important phase for UK media where the old regulatory structures and institutions are struggling to deal with the new information environment.

“Power and industry structures are shifting and clearly this government wants to have a strong right-wing figure at the heart of the coming debate.”

It remains to be seen whether this appointment is just Johnson fueling the culture wars and throwing red meat to his backbenchers or if it will reshape the future of broadcast news.

Polling by YouGov for NEON.  Total sample size was 1,700 adults. Fieldwork was undertaken between 29th – 30th September 2020.  The survey was carried out online. The figures have been weighted and are representative of all GB adults (aged 18+).

An earlier version of this piece suggested a ‘majority’ of the public opposed the appointment. This should have said ‘plurality’.