He must know the war on drugs has failed. So why is he wedded to this blinkered policy? 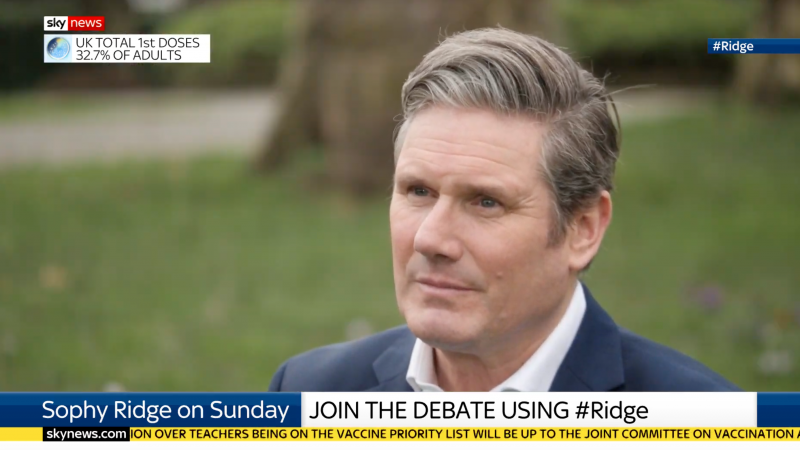 Tim Kiely is a barrister and Green Party candidate for the London Assembly.

Stop me if you’ve heard this one before. A young black man is walking around his neighbourhood on the way to a friend’s home. Suddenly, a van filled with policemen pulls up alongside him and one of the occupants leans out of the window. The young man is asked where he is going, and what he is doing.

Something changes. The officer decides that the young man’s answers are ‘evasive’ – even though, for the record, nobody has to tell a police officer anything when questioned, even if they are being arrested. The young man is detained and a search is ordered under the Misuse of Drugs Act, something that is nine times more likely to happen to this young man than to someone who is white. And during the search, a small amount of cannabis is found.

And now a young man with no previous convictions, cautions or reprimands is starting down the prospect of a criminal conviction for possessing a controlled substance.

This isn’t a hypothetical scenario. This is one of my cases. I am a criminal barrister, and I see this kind of thing with soul-crushing frequency. One 2018 study by Release and the LSE showed that black people are convicted of cannabis possession at more than 11 times the rate of white people, despite twice as many white respondents as black ones reporting drug use.

When I find myself defending in such cases, I will do what I can within the limits of my job to salvage the lives of defendants to the best of my ability. I can mitigate. I can draw the Judge’s attention to their life circumstances. If someone is struggling with problematic use or mental health or other issues I can try to point to all the good they might yet do, if the courts and Probation points them towards help.

But I can’t do anything about that conviction. That will follow them, affecting their employment, earning and other prospects, potentially for years. In 2017, the Centre for Crime and Justice Studies found that nearly three quarters of all criminal convictions disclosed to employers were for offences a decade or more old.

As long as we criminalise the possession of drugs like cannabis, this is going to keep happening, and disproportionately to black and brown people.

The thing which most often ruins the lives of vulnerable people isn’t using drugs; it’s the consequences of criminalisation, which discourages people with real problems from seeking the help and support they need and funnels money into the hands of organised criminal groups.

On Sunday, Keir Starmer gave an interview to Sky News’ Sophy Ridge where he stuck to support for the status quo of drugs laws and policing. I was baffled, and saddened. As a lawyer himself, he must have seen lives ruined by the criminal justice system, just as I have.

He must know the war on drugs has failed. He must know that prohibition and criminalisation hurt our young people of colour in particular. This is the conclusion you come to if you follow the evidence, yet he defends a ‘tough’ approach to a worsening public health problem.

When Keir Starmer called for a ‘grown-up’ debate, I couldn’t have agreed with him more. But sadly he didn’t seem willing to follow his own suggestion, snapping back to the old language of criminalisation and bragging about how many prosecutions he had personally pursued – exactly what we know doesn’t work when it comes to reducing problematic drug use.

A ‘grown-up’ conversation about drugs would be one which puts harm reduction above anything else. Rather than hauling young people in front of courts for holding a spliff, or harassing them on the street for smelling like cannabis, we must recognise that most recreational drug use has very few wider harms, and that people who do fall into problematic use are often afflicted by other, pre-existing vulnerabilities, including poverty and traumatic life-events.

I’m a criminal barrister, but I’m also a Green Party candidate in the London Assembly Elections. One of the reasons I’m running is that we have the most progressive drugs policy of any mainstream political party. Instead of the pointless, tough-on-crime chest-beating I have seen so often from Labour or the Tories, we would legalise and regulate all drugs. This would take the market out of the hands of criminals and very likely save lives at a time when drug-related deaths are breaking records.

Similar approaches have been tried, and worked. Portugal decriminalised all drugs in 2001. Since then drug use is at a lower rate than the European average, while drug-related deaths have gone down, along with HIV infection rates. All this shows the wider societal and health benefits to ending this pointless stigmatisation of drug use.

Sian Berry, the Green Party’s candidate for Mayor of London, will bring this approach to City Hall. She wants to deprioritise the use of stop and search for cannabis possession, and to divert people who have real problems with drug use away from the courts and towards proper support. It’s something that proponents of a truly public-health based approach to criminal justice, including me, have been advocating for years.

I look forward to a time when cases like my unfortunate young man are a thing of the past. So, let’s start now.