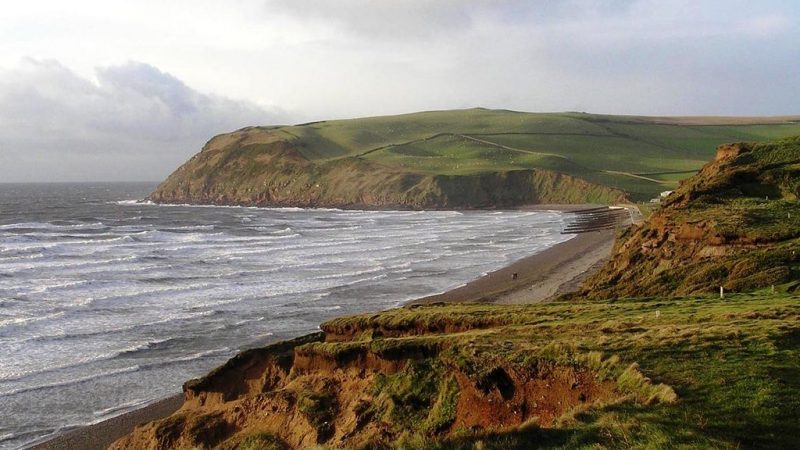 Jill Perry is a Cumbrian farmer’s daughter, has lived and worked in the area all her life and is secretary of the local Green Party branch.

The Conservative Mayor of Copeland, in Cumbria, recently said locals were angry at the international criticism a planned new coal mine in the area is receiving.

In fact though, there is considerable local outrage at the Woodhouse Colliery itself and at Cumbria County Council and Communities Secretary Robert Jenrick’s approval of it.

Jenrick’s justification that it was a merely local issue is clearly perverse. The interventions by Greta Thunberg, the committee on climate change, Fiji’s climate ambassador and now international climate scientist James Hansen show that this is an international issue with implications for the global climate.

However there are local issues, too. The seabed, on which the mine would go is home to dangerous waste from the nearby Sellafield nuclear power plant and the former Marchon chemical factory at Whitehaven. With mining disturbing the seabed, there’s a risk that the radioactive and chemical wastes could come up again.

The mine will also lead to destruction of irreplaceable ancient woodlands which are afforded protection “to an exceptional standard” in national planning guidance. It could also disturb the only English breeding site of the black guillemot and ruin the protected heritage coast of St Bees Head, which is much loved as a starting point to the coast to coast walking trail.

Climate change is a local as well as global issue. Many of the towns and villages of Cumbria have experienced catastrophic flooding in recent years. Cockermouth, Carlisle and Workington were hit in 2009 and then again in 2015. One police officer lost his life.

This winter we have escaped the worst of it, so far. However the more carbon that is released into the atmosphere the more frequently these floods will happen.

The mine’s supporters say that the area needs jobs. There’s no dispute over that. Unemployment is high but making West Cumbria even more dependent on dirty industries is not the way forward.

There is also some doubt as to how long the jobs will last, if they ever materialise. The coal is coking coal, it’s not for energy but for selling to steelmakers. But European steelmakers have big plans to go carbon neutral by using hydrogen instead of coking coal and that their plans are proceeding quickly. Other countries will follow.

This week has seen Shell write down the future value of its oilfields and post US$22bn losses. It won’t be long until coking coal has no value, and no future, therefore providing no jobs. Then West Cumbria will be facing another employment crisis.

Instead, the UK should be investing in green jobs. The lakes, mountains and coastline of West Cumbria provide opportunities for expanding the tourist industry. For that, we need a clean environment not tied to industries that damage the climate and destroy wildlife habitat.

Many homes in West Cumbria are badly insulated and have ancient heating systems – many still relying on oil-fired central heating because of the limits of the gas network. Fixing this would provide a good number of well-paid, skilled jobs.

The towns and villages are ill-served by public transport, forcing people to use cars. Expanding the bus network would employ drivers and mechanics, as well as more cleaning staff. Organic farming needs more labour than intensive farming. These kinds of jobs are socially and environmentally useful and provide climate benefits.

We do not need the reputation of West Cumbria to be damaged by allowing this development, any more than we need the country to become a pariah by mouthing fine words on climate change and then belying them by their actions.