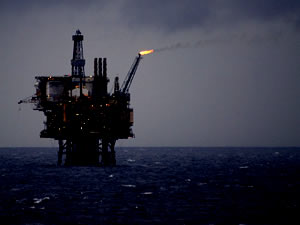 Sue Ferns is the senior deputy general secretary of the Prospect trade union.

The UK is facing a prolonged period of industrial change and upheaval if we are to have a shot at meeting our target of net zero greenhouse gas emissions by 2050.

Millions of jobs will be impacted by changes in how we produce and distribute energy, changes to transportation and heating systems, and changes to how our homes and workplaces are built and maintained.

Workers in many existing roles will need be reskilled or supported to transition to new jobs in the emerging green economy, and we’ll need to ensure that workers in carbon intensive sectors are not left behind in the push to decarbonise.

But, as highlighted in a new joint report by the Alex Ferry Foundation (AFF) and the Prospect and Community trade unions, the UK’s recent experience of managing industrial transition has not been a positive one.

The report, authored by Professor David Coats, looks at two case studies; the shutting of some of the UK’s last coal-fired power stations over the last decade, and the closure of the Redcar steelworks in 2015.

These examples offer some stark lessons for government. In both cases a lack of advance planning and coordination, the absence of any kind of agreed national framework for managing disruptive change, inadequate support for retraining and relocation, and a failure to engage with workers and local communities at an early stage, had severe consequences for many workers.

In both cases, only a minority of the original workforce ended up in good-quality jobs following the transition, and many were forced to take low paid, insecure work in wholly unrelated industries.

But, things needn’t have ended up that way. As the report makes clear, there are positive examples from elsewhere in the world of how industrial transitions have been far better managed, with comprehensive support for workers and early community engagement put in place.

The example of coal transition in Germany shows that a social partnership approach that brings workers, employers and government together is absolutely crucial. This sort of approach can lead to the kind of collective framework for managing change that works for everyone and ensures no one is left behind.

Similarly, examples from Sweden and Austria show that instead of simply allowing our steel industry to die out in the face of international competition, an active strategy of supporting steel producers to transition to low-carbon production methods can protect jobs and ensure that economic value remains rooted in local communities.

In both the coal and steel comparator examples, a key lesson was the need to create collective frameworks for managing change at a sectoral or national level, whilst also giving local actors a strong voice in the process, and empowering them to make decisions appropriate to their communities.

These insights need to be taken seriously by the UK government. If the mistakes of recent coal and steel closures are to be avoided in future, a very different approach to managing change is essential.

As the report proposes, a good first step would be to establish a UK-wide Just Transition Commission that could facilitate a social partnership approach and ensure that future processes of industrial change in the UK meet the standards set out by the International Labour Organisation.

This isn’t something we can afford to keep getting wrong. The lasting legacy of coal mine closures in the 1980s and 1990s is a stark reminder of how enduring the damage can be if industrial change is not managed fairly.

The scale of the climate crisis will require bold action and disruptive social and economic transformation; if we want to ensure broad support for the measures necessary, and a fair distribution of the costs and benefits of the new green economy, then we must learn from the past and start making just transition a reality.