What’s behind the controversy over the Shadow Foreign Secretary and the Open Labour pamphlet? 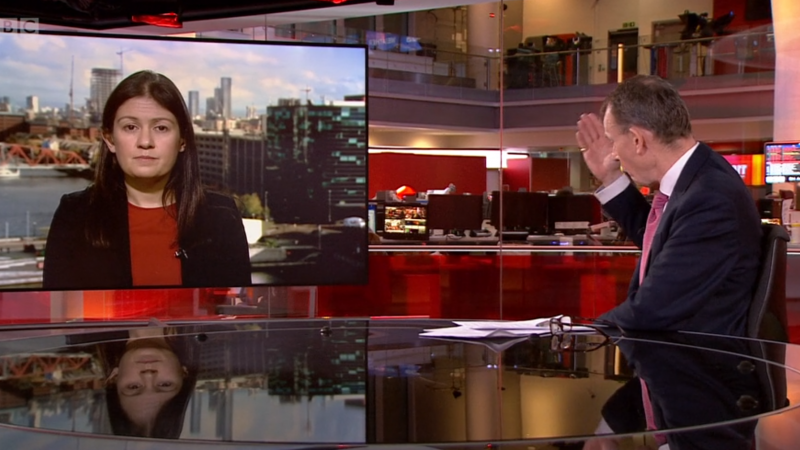 British militarists scored another victory on Sunday. From their armchairs, they deployed their usual weapons of outrage and misrepresentation, via social media and the Mail on Sunday.

As usual, their enemy was chosen for having apparently failed to show unquestioning devotion to the military establishment. Before the morning was over, their target had backed down and voiced support for major militarist assumptions. Everyday militarism had won again.

In reality, the report in question called for reforms to the army and its role, suggesting that British troops should operate in ways that sound similar to UN peacekeepers, and work alongside aid workers and other civilians. It did not suggest abolishing or “replacing” the army.

Speaking as someone who does want to abolish armed forces, I found the report’s proposals fairly mild, but there is some good stuff in it. Published by Open Labour, it is called A Progressive Foreign Policy for Our Times and takes a reflective and thought-provoking tone.

Far from being an extreme left-wing document, it calls for resistance to “strongmen” of both right and left and rightly challenges the left to be consistent in challenging injustice whoever is responsible for it.

The Mail‘s journalists are not stupid. They know that the report did not call for the army to be replaced. Even the sub-editor who wrote the headline knew that, if they had read the article. People can tell the difference between reforming something and abolishing it. Most people also know that welcoming a report does not mean endorsing every word of it.

It says something about the arrogance of some middle-class journalists and politicians that they seem to think that most members of the public are not capable of understanding this.

To be fair to Lisa Nandy, she had little time to make nuanced points when she was questioned by Andrew Marr on Sunday morning. Nonetheless, she could have trusted viewers to understand that she could agree with parts of the report but not all of it. Instead, she said, “I didn’t applaud the report and that is complete and utter rubbish”.

It would be difficult to write two sentences that contain more militarist assumptions than these. Nandy conflated support for the armed forces with support for Britain; she implied that supporting the armed forces meant that she would not want to change them; and she equated security with armed force, ignoring the things that really make us secure, such as healthcare, housing and freedom from poverty.

For members of the Peace Pledge Union such as me, the report goes nowhere near far enough. But what alarms me is that even mild deviations from the militarist line are now beaten down so quickly.

The Nandy story followed a familiar pattern. It goes like this.

Firstly, a public figure says something that is deemed to be unsupportive of the military.

Secondly, the militarist lobby, usually via the Mail or the Sun,attack the person in question.

Thirdly, the politician or their party quickly backs down, declaring their uncritical devotion to the armed forces and implicitly accepting the militarist line that it unpatriotic to want to change anything about them. Everyday militarism marches on.

This is not only a problem with Labour under Keir Starmer. When Corbyn became Labour leader in 2015, he was pressurised almost straight away into saying that he would not wear a white poppy on Remembrance Sunday, leaving the Sun to attack him instead with the claim that he had not bowed deeply enough at the Cenotaph.

The Liberal Democrats went from a nuanced if confused position on nuclear weapons to Jo Swinson simply saying “yes” when asked if she would press the nuclear button. The Scottish National Party, despite their welcome and consistent opposition to Trident, are very keen to declare their love of traditional Scottish army regiments.

In the last 10 to 20 years, everyday militarism has become firmly entrenched in Britain – from the introduction of Armed Forces Day, to an increase in school cadet forces, to arms companies sponsoring Pride marches, and producing ‘educational’ videos for small children.

One of the most alarming aspects of everyday militarism is how free debate and truth-telling are stifled by the militarist lobby. It’s about time that opposition politicians showed the public more respect than the Mail ever does and had the guts to take a stand against militarism.