With the fight for racial justice being far from over, lessons taught to us by civil rights pioneers are more important than ever 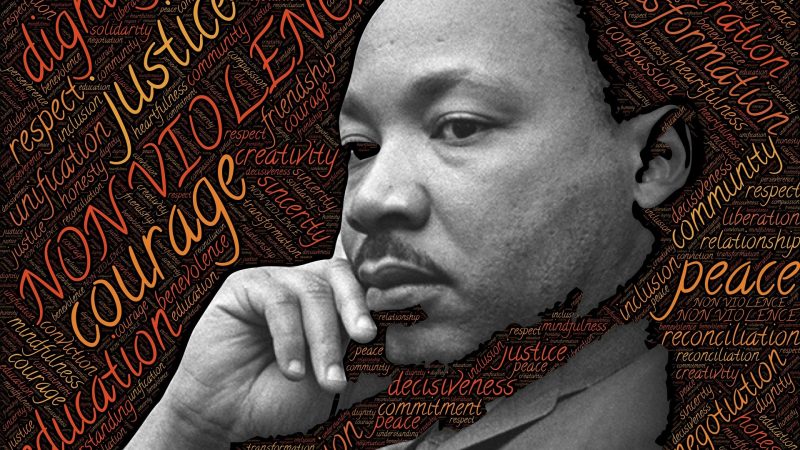 Today is Martin Luther King Jr. Day in the United States. The commemoration marks the anniversary of King’s birth with a public holiday in honour of one of the heroes of the Civil Rights Movement.

After the recent the storming of Congress by hundreds of Trump supporters ahead of Joe Biden’s inauguration, remembering King is more important than ever. Drawing on the successes of the Movement will help us map out more racially-equal future.

Against the backdrop of the Black Lives Matter protests last year, the United States appears more divided than ever and the cause for racial equality – which ultimately cost King his life – appears far away.

As is clear from the events of the past year, the fight for racial justice and equality in the United States, the UK and around the world is far from over. Indeed, many of the gains made in the mid-1960s have been clawed back and the criminalisation of America’s Black community from the 1970s onwards has had profound political, economic and cultural consequences.

The murder of George Floyd and the subsequent Black Lives Matter protests clearly illustrated the anger and frustration of America’s Black communities, just as the right-wing backlash illuminated the resistance to change of many.

African Americans today still face a great deal of structural racism, poorer employment opportunities, poorer health outcomes and a tribalised political system, which too often does not serve them well.

Looking at the successes of the Civil Rights Movement can help us in the fight for racial equality, including here in the UK.

On such lesson is the importance of being media-savvy. The civil rights activists in the South were shrewd when it came to the media, understanding that they needed to have a clear understanding of how to frame their narrative and actions to appeal to their intended audiences.

Rosa Parks was not the first to physically resist bus segregation when she boarded a bus in Montgomery, Alabama, in 1955, but her character, demeanour and the campaign preparations built around her in advance, meant that she would be both a sympathetic person with which to appeal to white America’s conscience.

Martin Luther King held a demonstration in Selma, Alabama knowing it was likely to be attacked under the orders of the local racist sheriff. He just happened to have TV crews on hand to beam the assault into the homes of millions of Americans, including the President.

We can also learn a lot from the Movement’s commitment to non-violence. Taking the moral high-ground and refusing to be baited into retaliation, not only preventing the media the ability to frame them as violent extremists, but it only highlighted the brutality of the haters.

Another lesson is the importance of tactics. The Civil Rights campaigners worked hard to try and ensure that they – and not their opponents – shaped the narrative. Today, we campaign against online hate and hate speech, but we’ve become complacent into believing that everyone will understand our rationale and understand why we seek to de-platform extremists and get extremist content removed. Without taking the public on the journey with us, and explaining our actions, we risk appearing as the intolerant suppressors of free speech, thus allowing the far right can paint themselves as free speech martyrs.

A further key lesson of the Civil Rights Movement is the importance of positivity, and framing struggles as a hopeful expression of freedom and equality. This is something which HOPE not hate believes in strongly, and why we are called what we are.

It is too easy to be ‘anti’, to be against something, but it is so more powerful and inspiring to be positive and for something. This also has the added benefit of appealing to a broader audience, especially people who do not normally identify with political campaigns.

As the world looks ahead to the end of the shameful Trump presidency later this week, the lessons taught to us by the civil rights pioneers are more important than ever.

Racism and racial injustice remain deeply engrained in society, but the courage and imagination of Martin Luther King – and the thousands of others who took part in the Civil Rights Movement – make us better equipped to face these challenges today.

Nick Lowles is CEO of HOPE not hate.