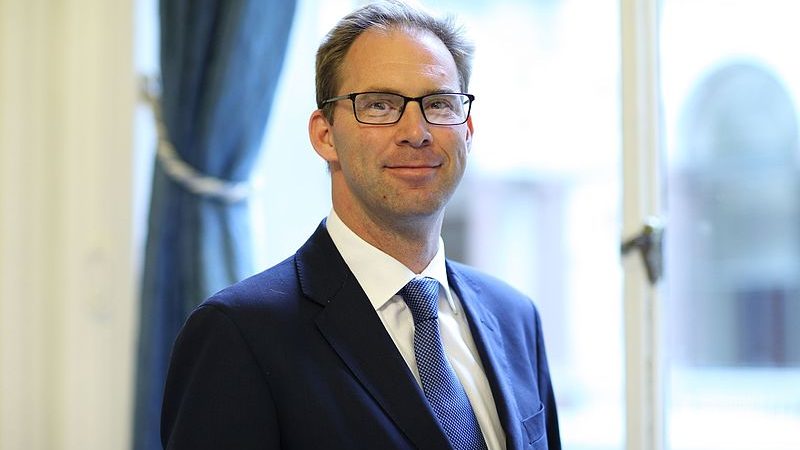 Experts have criticized a Tory MP who attended what has been described as a ‘Christmas party’ with 27 guests at a private members club.

Tobias Ellwood, who gave a speech at the Cavalry and Guards Club in Mayfair on Tuesday, claimed it was a ‘business meeting’ allowed under the Tier Two restrictions at the time.

But the Iraq Britain Business Council (IBBC) described it on their website as a ‘Christmas party’.

Ellwood had one day before the event argued in the Commons that loosening the rules over a five-day period around Christmas ‘beginning next year with a third wave’. The Commons defence committee chair said ’that letting down our guard’ during Christmas could be ‘very dangerous indeed’.

Asked to comment on his attendance at the event, the politician told the Daily Mail that this was a ‘covid-compliant business function’.

He added: ‘“It is absolutely right that everybody should follow the rules. The Club confirm that the rules were not broken.”

The IBBC has since removed the event details from their website but on their calendar, the words ‘IBBC Christmas Party’ are still visible.

Stephen Reicher told LFF: “Trust in authority depends upon seeing them as of us and for us. When people in authority flout the rules they ask us to follow they create a sense of us and them.

“This is particularly true when their actions go without consequences and are even endorsed – then we go from individualising the act (he is not one of us) to collectivising it (they – authority in general – are not one of us). This therefore undermines trust and undermines authority.”

The social psychology professor added that a key question on the implications will be how Ellwood’s party or the Government responds.

Dr Kit Yates told LFF that whether the event was ‘Covid compliant’ or not, the optics of Ellwood attending it after calling for a tightening of the rules did not ‘come across well’.

The mathematical biologist said: “It’s consistent with the mixed messaging we’ve seen from this Government about Christmas, at a time when cases are rising and we should be doing everything to ensure that people are as safe as possible over the festive period.

“Messages like ‘Stick to the rules’ or ‘Use your judgement’ are just not good enough. People need clear practical advice about how they can keep themselves, their loved ones and their communities safe this Christmas.

Professor Christina Pagel said: “I would say that whether the event was technically “within the rules” or not isn’t the point – having 27 people meeting inside in one place is a dangerous thing to do and should not be done unless absolutely necessary.

“If his speech was so important, he should have used Zoom like everyone else. These “one rule for you, one rule for me” displays will just keep eroding trust in the government at a very dangerous time in terms of public health.”

According to the government guidance for Tier Two, gatherings for work are only allowed where ‘they are reasonably necessary’, and meals to ‘socialise with work colleagues are not permitted’. Business events are permitted but capacity needs to be restricted.