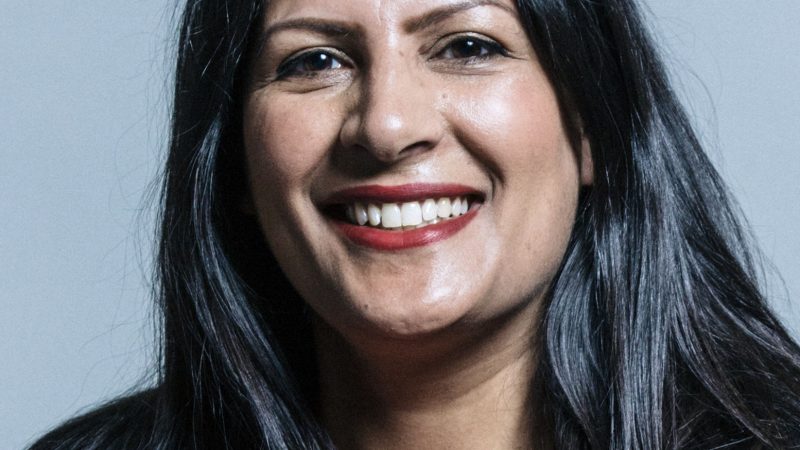 This time last year, our news was dominated by the General Election. Little did we know that a global pandemic was around the corner, and alongside it the battering of our economy, the rise of the Black Lives Matter movement and a continued fear for the world we live in because of significant inequalities and the climate crisis.

While we have rightly called politicians out a lot over the past year, it’s also important to recognise the crucial work that some individuals have done. A number of MPs have stepped up when the country needed them most, and for this they have won an award.

The Patchwork Foundation honours a handful of MPs in an annual ceremony, voted by an independent panel for the notable achievements they’ve made in the past year.

These are the 8 MPs who have done significant work to support disadvantaged communities. They were presented with their awards in a virtual ceremony on Wednesday, 2 December.

Caroline Lucas won a lifetime achievement award for her “consistent championing of progress”. She has been the Member of Parliament for Brighton Pavilion since 2010, being relected in the 2015, 2017 and 2019 General Elections and increasing her majority each time.

She has many notable achievements, including her tireless work with deprived and minority communities in her constituency, including the LGBT+ community and religious and ethnic minorities as well as taking a campaign to end media sexism to the heart of Parliament.

Dawn Butler also served as Shadow Secretary of State for Women and Equalities in Jeremy Corbyn’s Shadow Cabinet from 2017 to 2020.

She was recognised in this award for her work this year on reporting health inequalities data in the Covid-19 pandemic.

Liz has won an award for her regional work championing young women and providing them with access to work.

She is currently serving as the Group Leader of Plaid Cymru in the House of Commons. She has been the Member of Parliament for Dwyfor Meirionnydd since the general election in 2015.

Abena won her award for successfully campaigning this year on discriminatory attitudes in the media and in society.

She was elected MP in the 2019 general election.

Dr Luke won his award for improving schooling and for his work supporting the Windrush Generation.

He has been the MP for the Leicestershire area of Bosworth since the 2019 general election and he is also a doctor.

Rishi Sunak has been Chancellor since February 2020 and MP for Richmond since the 2015 general election.

He won this award for his work promoting apprenticeships for young people.

Diane won her award this year for her tireless work in service to BAME communities.

Winning the top prize at this year’s awards, Preet (pictured above) was recognised for her consistent championing of young people, representation of the Sikh Community and her campaign to tackle Fuel Poverty via a strategic campaign aimed at the UK’s biggest fuel companies.

Celebrating the news, Preet Kaur Gill said: “Since first being elected in 2017, I have sought to use every opportunity to speak up for our young people and empower them to take action on the issues that matter most to them.

“From running a popular mentoring and work experience programme in my constituency, to forming a youth mental health working group run by young people, for young people, and to being a champion for Sikh issues by fighting to recognise, report and reduce anti-Sikh hate crime and leading the campaign for a Sikh ethnic tick-box on the 2021 census.

“I believe it is vital that MPs use their positions to amplify the voices of the underrepresented communities they serve in parliament, and it’s that ethos that guides the work I do.”

Imran Sanaullah, CEO, Patchwork Foundation said: “I am grateful to all of our winners for taking the time to be a part of tonight’s ceremony. Now more than ever these awards are an important reminder that our democracy relies on diversity of thought and ensuring Parliament and civil society evolves to be more inclusive.”