The North could help boost Britain's economic recovery but not if we repeat mistakes of the past, writes Jim McMahon MP 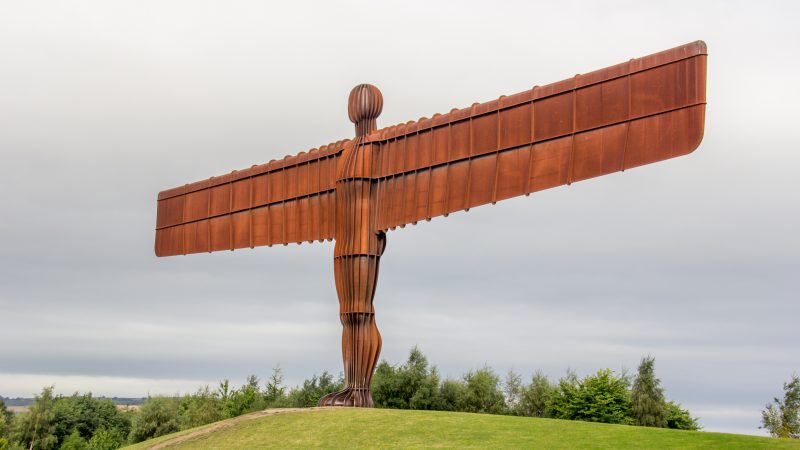 For so many of us, 2020 has been one of the hardest years in living memory.

Families and friends kept apart. People losing jobs and businesses. And – tragically – friends and relatives taken too early by this awful virus.

Boris Johnson promised his government would “wrap its arms around” the nation to help everyone through the Covid-19 crisis. The reality is, all too often communities have felt abandoned and ignored by this prime minister.

Huge swathes of the North were placed under tough restrictions when infections started to rise again. And there they were left, as the government waged war on Greater Manchester, simply for wanting assurances that people and businesses would be offered the financial support they needed to survive a second lockdown.

This government’s approach to the pandemic sums up its attitude to the North.

The IPPR’s State of the North report confirmed Covid-19 has had “an uneven impact across England to date, heightened by patchy local restrictions with limited support between the first and second lockdown”.

And it warns existing inequalities such as poorer health, inadequate housing, lower wages and rising child poverty will widen without “place-informed, responsive policy-making” as the fallout from this crisis continues to unfold.

This government’s incompetence means we have the worst excess death rate in Europe and the worst recession of any major economy. Ministers were too slow to act when it really mattered, failing to learn from their mistakes during the first wave of the virus.

This government’s approach to the pandemic sums up its attitude to the North. They’ve managed to spray cash at contracts for their mates and cronies that haven’t delivered, but at the same time claim they can’t afford to give keyworkers – those who have been on the frontline against Covid – a pay rise.

The vaccine offers optimism for 2021. But we still have a long recovery ahead of us – and that recovery can’t just be a return to business as normal. We must be ambitious. Labour wants Britain to be the best place to grow up in and the best place to grow old in. Our priorities are those of working people: secure our economy, protect the NHS and rebuild our country.

To achieve this, it is vital that communities in the North, while suffering many of the same frustrations – such as poorer transport infrastructure and investment in technologies – are not simply lumped together as one.

Labour’s Shadow Chancellor Anneliese Dodds, in her speech at Bloomberg earlier this month, reminded us that holding all else equal, people living in the North of England are more likely to be made redundant during the Covid crisis and have been more likely to have found themselves living under the highest level of restrictions.

And our analysis revealed communities in the North and Midlands were stretched to breaking point in the run-up to Christmas, with the weekly value of the crucial Additional Restrictions Grant (ARG) falling by millions for areas under Tier 3 measures.  The fact is, millions of people have been left in the lurch by this Government at a time when they needed support the most.

We have the potential to boost the economic recovery and help Britain to regain its standing in the world. Boris Johnson and his Chancellor Rishi Sunak have had chance after chance to make responsible choices for every region.  They could have done this by offering a clear system of business support for the areas hardest-hit.  Instead, they chose to take a fundamentally unfair approach and in doing so, risked a gulf opening up across our country.

While the neglect and indifference shown to the North, at best offering slogans and repeated undelivered promises, paints a grim picture, the fact is for the millions who live here it is far from ‘grim up North’. The opposite is true. We have world-leading businesses, culture and communities bound by our shared history as working people. We have the potential to boost the economic recovery and help Britain to regain its standing in the world. But that cannot be realised if we repeat the mistakes of the past.

That means listening to local leaders who know their areas best. It means showing communities the respect they deserve, and repairing our fragile economic and public service foundations. The North can no longer be an afterthought for this government.

Jim McMahon MP is Shadow Secretary of State for Transport.