We need to talk about the state of emergency housing, writes Karen Buck MP. 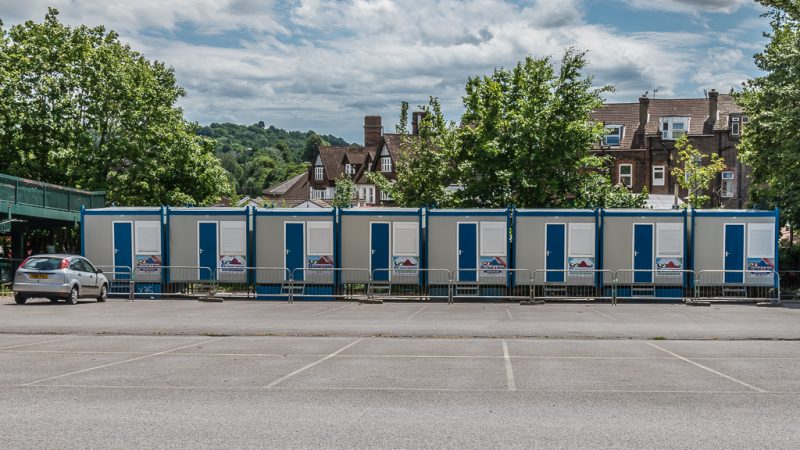 If we had a moral duty as a country to ensure everyone had the right to a basic but decent home and standard of living, the experience of Covid-19 has made it a practical imperative as well. Destitution and bad housing put people at greater risk- and if other people are at risk, we are all at risk.

In the spring of 2020, at least some of this was apparently understood. The government introduced a temporary uplift to Universal Credit and more generous housing allowances and funds for local support schemes.

The ‘Everyone In’ programme, aimed at rough sleepers, was a genuine success, demonstrating how local and national government could work together with the right resources and focus to solve a problem that had, up until then, seemed so intractable that the target date for solving it was 2027.

And yet. as the year ends and the multiple, overlapping public health and economic intensify once more, it seems that focus has been lost.

Not only has rough sleeping soared again since the end of ‘Everyone In’, the latest figures show that 253,000 people are now homeless and living in Temporary Accommodation – 115,000 more than a decade ago, equivalent to a rise of 83%.

That’s bad enough, but the government is now resisting any commitment to maintain the Universal Credit uplift – meaning millions of households face a £1000 a year cut in their incomes. Those who haven’t yet moved onto Universal Credit – mostly people with disabilities and long-term health conditions – didn’t even get the benefit of that.

The numbers caught by the Benefit Cap have doubled and will rise further over the coming months, and unsurprisingly, it is now also estimated that over 800,000 private renters have built up arrears since the spring. All of which means we are storing up even more serious problems of homelessness and poverty as the winter wears on.

What is perhaps least appreciated when we discuss homelessness though is just how dreadful much of the accommodation is.

“I feel like I am being punished” – these were the words of a desperate mother accepted as homeless after experiencing domestic violence, and placed in Temporary Accommodation. She was found a private flat by the council, somewhat misleadingly described as ‘Temporary’ even though she has stayed in this limbo for seven years already.

The properties she has been placed in are expensive, with rents similar to full market level private rents. They are also insecure. Families like hers are forced to move constantly, not just within the local area but across the city and beyond – regardless of the schools their children attend, largely regardless of their personal needs. And conditions can be shocking.

“The property we are in is a shambles with mice, rats and rising damp and mould throughout” another said. “The surveyor was shocked to see how much damp we have. I have postnatal depression and suffer from an illness which means I get migraines with stroke type symptoms with them. I am on medication. My eldest son also has asthma and the rising damp is in the kids room. The damp in my room is so bad myself and the baby are now sleeping on the floor in the front  room and the new born is having problems breathing.”

One mother told me: “I am in shock that the council can give properties to people in the state I was given mine especially with a six week old baby. I was given a flat on the other side of London despite explaining all my support system was locally which is important to me as someone who suffers depression and anxiety with a history of attempted suicide which has gotten worse since I’ve been moved so far already.

“Now I’m sitting in the living room on the first night nursing my newborn when suddenly there is leaking from the ceiling and water is falling fast. The next day a contractor comes and tells me if he hadn’t come today the ceiling would have collapsed on me! Now the ceiling in the kitchen is leaking with water falling through the smoke alarm upstairs.”

This is happening even as the pandemic has been raging. No wonder those affected feel they are being punished for finding themselves homeless. The harshness of the system, and the conditions so many are being exposed to are almost beyond imagining. None of this is inevitable.

The government can increase security of tenure for private renters, uplift social security to avoid destitution and provide sufficient cover for housing costs, help local councils secure sufficient decent homes to meet need. And they must build more affordable housing. The fact that they have failed on all these fronts tells you all you need to know about their priorities.

Karen Buck is the Labour MP for Westminster North. She recently led a Westminster Hall debate on this issue in Parliament.

Pictured: Temporary accommodation in Surrey set up during the pandemic. Credit: Ian Capper