While spinning itself as a ‘leader’ in fighting climate change, the UK is funnelling billions into climate wrecking fossil fuel projects overseas. 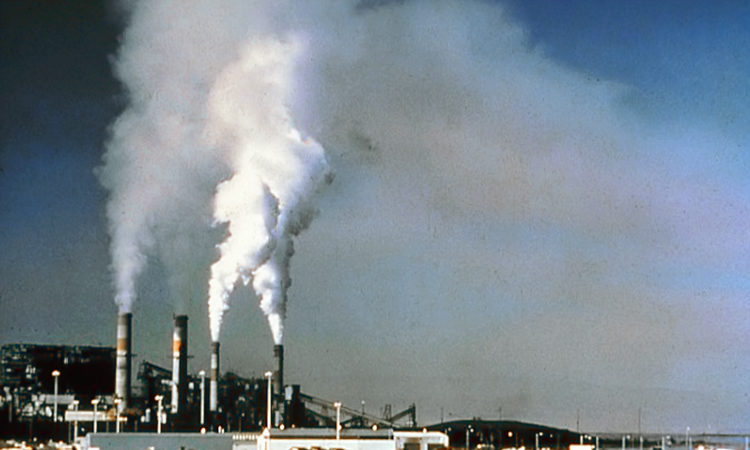 On December 12 the Prime Minister will co-host an event with the UN Secretary-General convening global leaders to mark five years since the landmark Paris Agreement on climate change, and to rally climate action and ambition.

With global (in)action on-track to cause temperatures to exceed the Paris Agreement’s 1.5C limit, strong leadership leading to global action is sought. This is what Boris Johnson says he will achieve with his recent Ten Point Plan and updated emissions target (our Paris Agreement Nationally Determined Contribution); however, what the government says doesn’t match what it does. This is a problem for the PM because UK action remains woefully inadequate, and people are noticing what happens beyond our shores.

While spinning itself as a ‘leader’ in fighting climate change, the UK is funnelling billions into climate wrecking fossil fuel projects overseas. This undermines the goals of the Paris Agreement as well as the UK’s obligations under it, like making finance flows “consistent with a pathway towards low greenhouse gas emissions and climate-resilient development” (Article 2.1.a).

This hypocrisy is why Friends of the Earth is challenging this use of public funds in the High Court. In July, the UK’s export credit agency UK Export Finance (UKEF) and HM Treasury agreed to provide over $1billion in financial support to a liquified natural gas (LNG) project in Mozambique. See this piece for context. LNG has a higher climate impact because of the energy used to convert it between gas and liquid forms and the high leakage rates of gas during extensive transportation. This investment is an example of a financial flow inconsistent with a pathway to low emissions that creates climate-vulnerable development. Or, the very opposite of what is needed right now. And not what we should be spending money on while hosting climate talks and talking up our leadership.

The government has tried to justify this by claiming that the project aligns with both Mozambique’s and the UK’s Paris commitments. However,  the project represents approximately 2.4 times Mozambique’s Paris-compliant carbon budget, and emissions from the project’s LNG are locked in for the 25-30-year project lifetime, well beyond when countries like ours must have fully decarbonised. The Government’s own expert advisor, the Committee on Climate Change, has reported that export finance is “not aligned with climate goals”, and UKEF’s level of support for fossil fuels has been severely criticised by the House of Commons’ Environmental Audit Committee, which found that it does not align with the Paris Agreement commitment to green finance flows.

Ironically, while acknowledging that investment in renewables would offer a more environmentally sustainable pathway for Mozambique’s energy needs (and Paris commitments), UKEF claims that financing the LNG project is essential in supporting Mozambique to develop its renewables industry. UKEF is just one of several export credit agencies supporting the project. Notably, Sweden pulled out, citing the unacceptable climate impact of the emissions. UKEF insists that the project will go ahead with or without its support, but if that is correct, then the logical and Paris-compliant conclusion is that UKEF and HM Treasury should redirect this $1billion out of the LNG industry immediately and shovel it instead into renewables.

People need jobs, but our overseas investment – no bad thing in itself, should invest to promote development that will create much-needed employment and help countries on a path to a sustainable, fossil-free economy.

We have also discovered that UKEF and HM Treasury have not properly considered the emissions resulting when the gas extracted from the Mozambique LNG project is used (the end-use emissions). These dwarf the emissions from construction and operation of the LNG facility. While UKEF’s stated position is that it has considered these emissions, in fact even though UKEF accepts that end-use emissions will significantly exceed construction and operational emissions, it concluded that these emissions could not be accurately quantified. Leading climate experts disagree; with some degree of certainty, end-use emissions can and must be calculated to properly assess the climate impact of such a project and its compliance with the Paris Agreement.

The Mozambique LNG mega-project is not a solitary outlier, just one example of the government wishing to press ahead with projects, but preferably not have people find out about them. Despite being a notoriously opaque government department, we know that UKEF is currently considering supporting  a potential seventeen further fossil fuel projects. Leading up to the UK hosting the COP26 international climate negotiations, this is contradictory and hypocritical, but more significantly, Friends of the Earth is arguing in Court that financing the Mozambique LNG project is illegal, too.

Many inside government agree. There is a cross-departmental government policy review happening now following significant opposition to the Mozambique LNG project, including from the Prime Minister. This sounds like it could be good news and gives hope that his type of opaque funding, undermining our climate goals, will be scrapped, or at least funnelled into worthwhile schemes: it isn’t needed, it isn’t wanted, and it must stop.

Rosa Winter is Senior Lawyer at Friends of the Earth