The UK government's decision to finance the gas industry in Mozambique shows that it is still happy to put fossil fuel investments ahead of climate and human rights, as long as it's not on their doorstep. 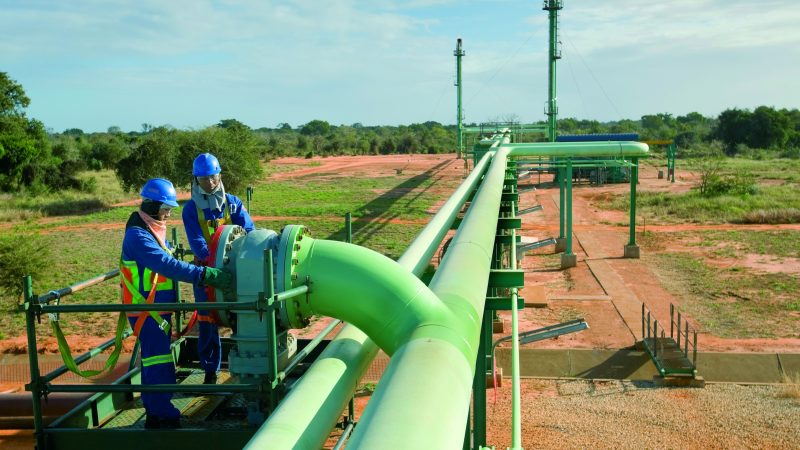 While the UK likes to boast on the world stage about its progress in the fight against climate change – with the recent moratorium on fracking projects within England itself – financing the Mozambique LNG makes any claims of climate leadership both hollow and disingenuous.

Everything about this more than-$1 billion funding to the project, headed by French company Total, is wrong.

For one, it is clearly not in alignment with Paris Agreement which the UK government has committed to. The environmental impact assessment (EIA) of the project says that just the construction phase will increase the greenhouse gas emissions of Mozambique by up to 10% by 2022. As we know, it is developing countries that bear the brunt of climate change, something we saw in 2019, when Mozambique suffered two cyclones that killed over 1300 people and displaced 2 million.

In its recent Environment Bill, the UK promises protection and promotion of biodiversity. However, Mozambique LNG will irreversibly destroy parts of the Quirimbas Archipelago, a UNESCO Biosphere off the coast of Cabo Delgado further risking the futures of many endangered species of plants and animals.

The gas industry is fueling the violence in Cabo Delgado, where, since 2017, at least 1100 people have been killed and almost 200 000 displaced by attacks on communities by insurgent groups. President Filipe Nyusi himself has said that the insurgency is fueled by young Mozambicans in the area who are angry with their unemployment, after they have been promised good jobs by the gas industry. The attacks have led to all-out war between the insurgents and the army, assisted by Russian and South African mercenaries. The UK government is very well aware of this violence – in June, Dominic Raab, British Foreign Minister of Foreign Affairs promised UK support for the Mozambican military.

At Justiça Ambiental we also work closely with communities affected by the gas industry, and beyond their constant fear of attacks, they also face violent harassment by the army.

To add to this, over 550 fishing and farming families from these communities have lost their homes and livelihoods to make place for the Afungi LNG Park, the onshore park currently in construction that will house facilities for the whole industry, including companies like Eni, ExxonMobil, Galp, Mitsui and the Chinese national Petroleum Corporation, as well as a Shell gas to liquid plant.

During the ‘consultation process’ by Total, we have seen company representatives arriving at community meetings with an army entourage, intimidating anyone who speaks out against the impacts of the industry and the relocations.

These families, for whom fishing and farming were their only source of income and sustenance, have been moved far from the sea, and have been given tiny pieces of land, far from their new homes, in compensation. The only jobs that been created thus far are menial, like cooks, cleaners and basic construction workers.

UKEF has ignored the reality that the project it is financing is unequivocally violating Mozambican law. In order for Total to build the Afungi LNG Park land, it has been granted a Direito do Uso e Aproveitamento da Terra (DUAT), the rights to benefit and utilise land by the government. However, the construction has gone beyond this area specified in the DUAT, and has even been fenced off as no-go zones for the public.

This is not news to UKEF. Friends of the Earth England Wales and Northern Ireland, and Global Witness have provided them with information about the situation in Cabo Delgado, making a case for them not to finance. UKEF has refused to make its own environmental, social and human rights (ESHR) assessment public.

UKEF’s silence is conspicuous. Despite continual requests for information about when the decision would be made and as to whether it had been made, UKEF kept quiet, and it still has not publicly announced the decision, despite it having been formally made on July 1.

UKEF claims that the project will bring thousands of jobs to the UK and will also benefit the people of Mozambique. Considering that the World Bank says that only a third of the population has access to electricity, and the UN lists the country as the 6th most unequal in the world, the extractive industry has clearly done nothing for the local population, except cause further socio-economic and environmental distress.

The UK pretends to be standing on the front line of the climate crisis while quietly financing a project that clearly goes against the Paris Agreement and violently puts the people of a country so vulnerable to the impacts of climate change, at risk.

Ilham Rawoot and Daniel Ribeiro work for Justiça Ambiental/ Friends of the Earth Mozambique, which coordinates the No to Gas! in Mozambique Campaign.