The UK government is pushing through trade deals before the Brexit transition period ends. But at what cost? 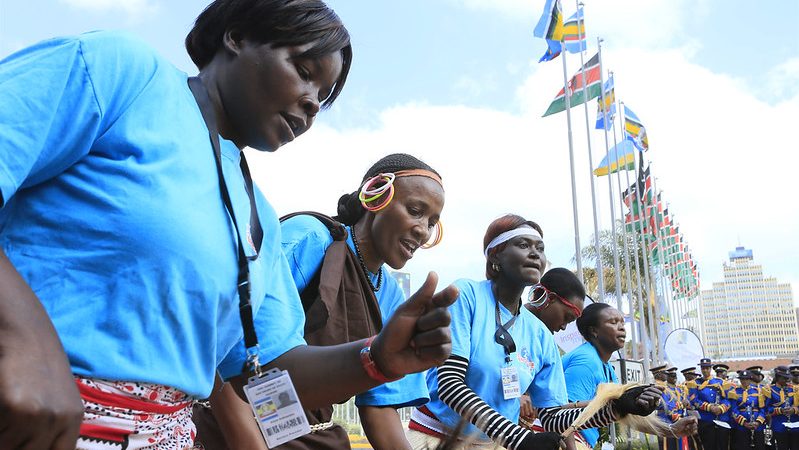 The TUC, Kenyan unions and campaigning groups are concerned that the UK has pressured the Kenyan government into sign a bad trade deal.

Negotiations were finalised last week for an agreement that unions say could threaten Kenyan domestic industry, undermine good jobs and create barriers to trade across the East African Community – the regional trade bloc.

Kenyan unions say it will undermine regional development plans by picking off one nation at a time, while making countries in the region vulnerable to “international price shocks.“

TUC General Secretary Frances O’Grady said unions had been kept in the dark about the UK-Kenya trade talks: “The exclusion of workers’ voices raises the risk that the UK-Kenya trade deal will fail to protect decent jobs, promote gender equality and safeguard workers’ rights and public services.”

The UK government should instead continue to offer preferential market access to Kenya and the whole East Africa Community region to defend decent work in Kenya and support regional integration in East Africa, Frances said.

Rosa Crawford the TUC’s trade policy office tweeted that the UK was using “divide and rule tactics” which will undermine the East Africa Community and threaten good jobs and workers’ rights.

She also said that it was “disgraceful” that the UK had used a threat of withdrawing market access to Kenya to secure the trade deal.

The European TUC has previously noted that the removal of tariffs on goods coming into Kenya could kill infant firms by outcompeting them. “No country has industrialised without using tariffs to nurture and develop infant industries,” they note.

A spokesperson for the Confederation of Trade Unions (COTU -K) in Kenya demanded that the Kenyan government involve key social partners including trade unions at all levels of negotiation and implementation of the Kenya-UK FTA, amid concerns they could be locked out.

Trade unions internationally have stated their opposition to Economic Partnership Agreements like the UK’s, with major economies threatening withdrawal of market access unless countries sign the deals, and which undermine regional economic cooperation.

In a letter sent to International Trade Minister Liz Truss, a group of influential campaigning organisations criticised the agreement, saying that they were concerned the deals with Kenya and Cote d’Ivoire have been “rushed through without proper consideration of their development impacts,” as the end of the Brexit transition period approaches (the EU already has an agreement with these countries).

The letter, coordinated by the Trade Justice Movement, urges the minister to “press pause” and give the UK and its negotiating partners “time to craft a trade relationship that better supports development priorities.”

The signatories – which include ActionAid and Global Justice Now – argue: “The UK should offer Kenya, Ghana, Cote d’Ivoire and Cameroon an interim preferential market access arrangement to prevent negative impacts on producers and workers and allow time to negotiate an arrangement that supports development goals.

“This should be conditional on respect for International Labour Organisation standards, with effective independent enforcement processes, including a role for trade unions and civil society organisations.”