We need an independent inquiry and a radical overhaul. 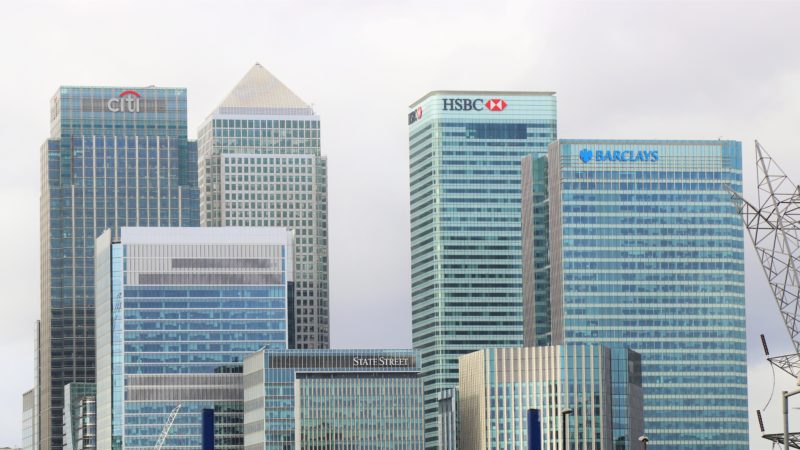 This week a report commissioned by Money Saving Expert highlighted the plight of 250,000 mortgage prisoners, the forgotten victims of the 2008 financial crash and government policies which prioritise the interests of the finance industry. The trapped victims are being forced to pay thousands of pounds more for their mortgages.

Despite the existence of at least 41 financial sector regulators, numerous financial products have been mis-sold. Scandals continue. London Capital and Finance became bankrupt in January 2019. Some 12,000 investors lost £237m. Thirteen people are being sued for £178m alleged fraud. Since June 2019, some 300,000 people have been blocked from withdrawing their savings in full from the £2.9bn Woodford Equity Income Fund.

The UK has had a banking crisis in every decade since the 1970s and frauds have been a common feature. Banks have rigged interest rates and foreign exchange rates to cheat customers. Executive pay rocketed and shareholders pocketed large returns. Markets did not do anything to curb predatory practices or rescue banks beleaguered by their own rapacious practices. The light-touch regulation facilitated predatory practices and the financial crash of 2007-08. The government rescued banks, but without fundamental reforms. The bank bailouts triggered never-ending austerity which decimated household budgets and public finances

The long-running frauds at HBOS and the Global Restructuring Group (GRG) located within the Royal Bank of Scotland (RBS) have damaged the lives of thousands of people. Upon releasing the RBS report, suppressed by the regulator, the House of Commons Treasury Committee said: “The overarching priority at all levels of GRG was not the health and strength of customers, but the generation of income for RBS, through made-up fees, high interest rates, and the acquisition of equity and property”. Yet there has been no systematic response from regulators.

In the absence of regulatory action, the Thames Valley Police and Crime Commissioner, Anthony Stansfeld, secured criminal convictions of two HBOS bankers over a £245m loan scam. The lack of funds prevented further prosecutions and Stansfeld said: “I am convinced the cover-up goes right up to Cabinet level. And to the top of the City”. None of this encouraged any parliamentary committee to launch an inquiry. Meanwhile, banks are alleged to have forged customers’ signatures to take possession of their property. Regulators have done little.

The finance industry has long been central to global corruption, tax avoidance and money laundering . Rather than investigating, the UK governments engage in cover-ups. The classic example is that of HSBC, a bank headquartered in London. In 2012, it was fined $1.9bn by the US Department of Justice for failures “that led the bank to permit narcotics traffickers and others to launder hundreds of millions of dollars”. Instead of investigating or prosecuting, the then Chancellor George Osborne secretly wrote to the US authorities and urged them not to prosecute HSBC as the bank was somehow too big to fail. The government indulgence of the sector is now a major threat to society. A report by the UK Parliament’s Intelligence and Security Committee stated that the flow of dirty money through the financial system poses a threat to national security.

In common with the Chancellor, the Minister claimed that the finance industry makes “contributes £130 billion to our national economy and some £75 billion in tax receipts”. These claims are taken from PR blurb of CityUK, a lobbying organisation funded by the finance industry. Ministers did not tell parliament that £75bn is taken from a report prepared by PricewaterhouseCoopers (PwC) and includes £42bn borne by customers in the form of VAT and employees in the form of income tax and national insurance contributions. The remaining £33bn is an estimate and PwC adds that it “has not verified, validated, or audited the data and cannot therefore give any undertaking as to the accuracy of the study”.

The claim of £130bn economic contribution makes no mention of the grants and subsidies, taxes lost and social cost of indulging the finance industry. A study carried out at Sheffield University showed that between 1995 and 2015, the UK finance industry made a negative contribution of £4,500bn – “£2,700 billion is accounted for by the misallocation of resources where resources, skills and investments are diverted away from more productive non-financial activities into finance. The other £1,800 billion arises from the 2008 banking crisis”. Scandals since 2015 have continued to erode the finance industry’s contribution to the economy.

The state’s indulgence of the finance industry shields it from scrutiny and will not curb predatory practices. A public inquiry is an essential requirement for cleansing and reforming the industry.