One minister promised his 'good pal' the Chancellor wouldn't be cutting the aid budget only in September... 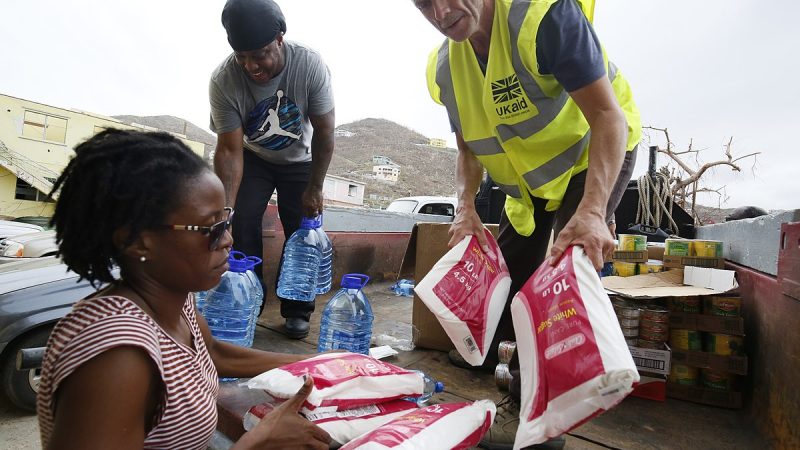 The Conservative manifesto last year promised to protect the foreign aid budget. Now the Tories are planning to change the law to break their own manifesto commitment, according to reports ahead of Wednesday’s Spending Review.

Government figures are pitching it as a ‘one off’ cut from 07% of Gross National Income to 0.5%. But liberal-minded and, umm, Tory manifesto-backing Tories (there’s a few left) are livid.

Fittingly, the link to buy a copy of the (soon to be broken) Tory manifesto is currently broken on the party’s website. But it was unequivocal: “We will proudly maintain our commitment to spend 0.7 per cent of GNI on development.”

The 0.7% target is backed by the UN and has put the UK at the forefront of international development. But now is first on the chopping block – that and key workers’ wages, of course.

Today’s Politico London Playbook has a handy roundup of some of the times in the 2019 and this year that Tory figures have clearly committed to retaining the 0.7% foreign aid commitment:

CABINET PROMISE-BREAKERS: Cabinet Office Minister Michael Gove: June 10, 2019 — “I’m a supporter of maintaining 0.7 percent of our economy being spent on international development” … Health Secretary Matt Hancock: June 5, 2019 — “I also support and will uphold the longstanding principle of spending 0.7 percent of GDP on international development” … Business Secretary Alok Sharma: October 21, 2019 — “As far as I’m concerned the 0.7 is a given” … And Boris Johnson: November 24, 2019, Conservative Party manifesto page 53 — “We will proudly maintain our commitment to spend 0.7 percent of GNI on development, and do more to help countries receiving aid become self sufficient.”

THE FOREIGN OFFICE THIS YEAR: September 2, Foreign Secretary Dominic Raab told colleagues in an all-staff meeting that 0.7 percent was “written in law,” that “the prime minister has been clear he wants aid to be at the beating heart of our foreign policy,” and that his “good pal” the chancellor would not be cutting it … July 9, FCDO Minister James Cleverly — “The government are completely committed to the 0.7 percent target … That commitment is embedded in law, but we do not spend 0.7 percent because it is embedded in law — we spend 0.7 percent because it is the right thing to do” … June 30, FCDO Minister James Duddridge — “We are bound by law to spend 0.7 percent, so it is not a choice; it is in the law, and we will obey the law.”

There are reports that Sustainable Development Minister Liz Sugg is considering resigning in protest at any cut to the aid budget, and Tories MPs are considering rebelling.

Charities and humanitarian groups have roundly condemned the reports. Christian Aid’s UK Advocacy and Policy Lead, Jennifer Larbie, said ‘cuts have consequences’: “This is not just about the compassion of our country it is about justice. It will result in people not accessing vital health care during a global pandemic.  People going hungry. In fewer children being educated and their already limited choices being further diminished.”

She added: “These are the tangible effects. The intangible, but no less damaging, ones are to the UK’s global standing. By not keeping our foreign aid promises we further undermine our position as host of the G7 next year. We give the impression; do as we say not as we do.”

As Politico notes: Malala’s tweet will be a particularly sore one for Johnson and Raab considering how much they have talked about girls’ education over the last few years.

In September, the Times said that Rishi Sunak was planning to divert billions of pounds from foreign aid to pay for upgrades to Britain’s intelligence and defence capabilities. The military is indeed getting a spending hike, as reported on LFF.

Labour has said the aid spending cut will “damage the UK’s reputation around the world” while the SNP’s Chris Law MP urged parliamentarians and civil society to unite against the move.