Truss has long been linked to the secretively-funded IEA. 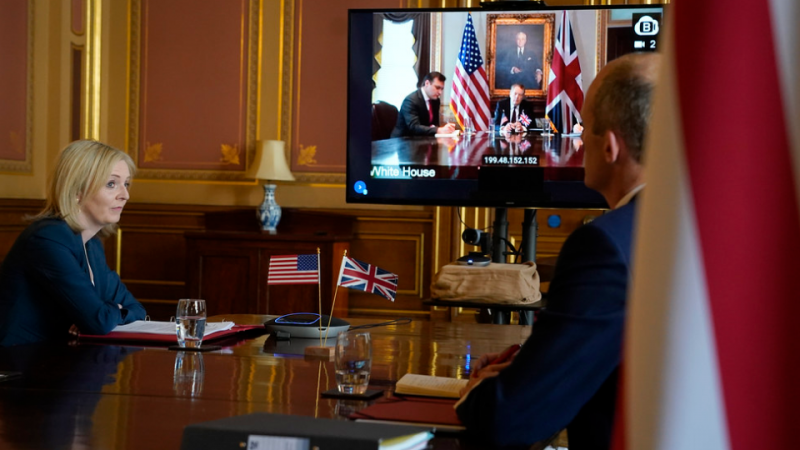 Unlock Democracy’s director Tom Brake has written to Truss asking if due dilligence was done on the appointments of Mark Littlewood and Matthew Kilcoyne to Truss’s Strategic Trade Advisory Group.

Littlewood works for the Institute of Economic Affairs (IEA) while Kilcoyne is at the Adam Smith Institute (ASI). Both groups have repeatedly refused to reveal who funds them and have been given the worst possible rating by the ‘who funds you’ transparency campaign.

In his letter, Brake says: “Firstly, please confirm that due dilligence was indeed carried out by [the Department of International Trade] on these organisations and it did identify this concern.”

“Secondly,” he continues, “assuming that DIT would not want to appoint representatives of think tanks with undisclosed funding sources, please explain what additional checks were carried out by DIT on the IEA and ASI to establish their funding could not be linked to individuals who might be deemed to be agents of a foreign principal.”

“You will be aware,” Brake writes, “that the government’s intention is to require agents of foreign principals to disclose their political or other activities. Will you commit the DIT to publish the results of any additional checks conducted on the IEA and ASI?”

“Thirdly,” Brake asks, “if in fact these representatives were appointed with full knowledge of the lack of transparency over their funding, will you commit to requiring them to make full disclosure of their funding sources within 21 days? And, if they do not, to remove them from the Advisory Group?”

“You will be aware,” Brake continues, “that the ministerial code requires ministers to uphold the very highest standards of propriety and to observe the seven principles of public life. Your actions regarding the IEA and ASI would appear to engage six of these (selflessness, integrity, objectivity, accountability, openness and leadership). I am sure you would agree that in the interests of transparency and accountability everyone is entitled to know who funds the experts the DIT consults.”

When Boris Johnson first formed a cabinet, the IEA boasted that it was the “most free-market cabinet since Thatcher” and that 14 cabinet members were linked to their organisation. One of those was Liz Truss.

In August 2020, the Guardian revealed that Liz Truss’s meetings with the IEA about international trade had been removed from transparency data after they were re-classfied as personal rather than official meetings.

Commenting, an IEA spokesperson said: “No powers, domestic or foreign, nor our donors, nor individuals linked to any part of the IEA, can direct the IEA’s research or the conclusions our authors arrive at based on their research, theory and evidence.”

The IEA added that it is not secretively-funded as a breakdown of its funding is on the ‘about us’ page of its website. “As an educational charity that believes in individual freedom and the right to privacy, we believe if someone wants to keep their donation private, that wish should be respected,” a spokesperson added.

The IEA said that Mark Littlewood has extensive experience in trade and was honoured to be asked to advise the government. They said that the meetings with Liz Truss were put back on the public register and that this was a matter for her department which the IEA had no involvement in.

They added: “To suggest the IEA “boasted” that Boris Johnson had appointed the most liberal, free-market oriented cabinet since the days of Margaret Thatcher is to mislead your readers. As an educational charity seeking to analyse and expound the role of markets in solving economic and social problems we simply saw fit to share the news with our network.”

The ASI did not reply to a request for comment and, at the time of publication, Liz Truss had not replied to the letter.