As the world watched with trepidation at the US election, Farage’s demeanour was downright sunny. 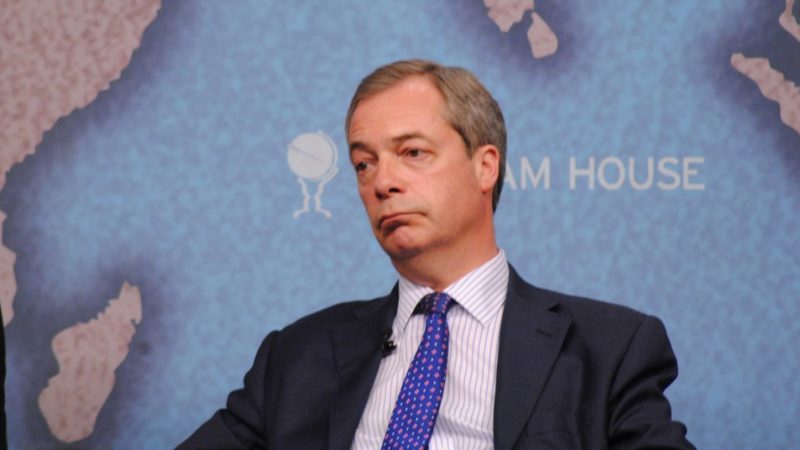 It would be grossly unfair to say that nobody outside of the US was as invested in a Donald Trump win as Nigel Farage. After all, the leaders of Russia, Saudi Arabia and, arguably, some in the UK government are probably currently doing some recalculations.

But very few tied the success of their fading brand closer to the outgoing US President than the former UKIP leader. From that infamous grinning picture in the golden elevator to Farage recently heaping praise to ‘the most resilient and brave person I have ever met in my life’ in a Trump rally, Farage is Trump’s man.

The irony of Farage (or, as Trump bafflingly introduced him, ‘one of the most powerful men in Europe’) being foreigner interfering in another country’s sovereign decision seemed lost of him. And while the rally took place in Arizona, the fact the state flipped blue should probably not be attributed his random cameo.

As the world watched with trepidation at the US election, Farage’s demeanour was downright sunny. On the day he tweeted a picture of himself in Washington, DC holding a betting slip and wrote: “The first polls are closing and I am absolutely optimistic.” 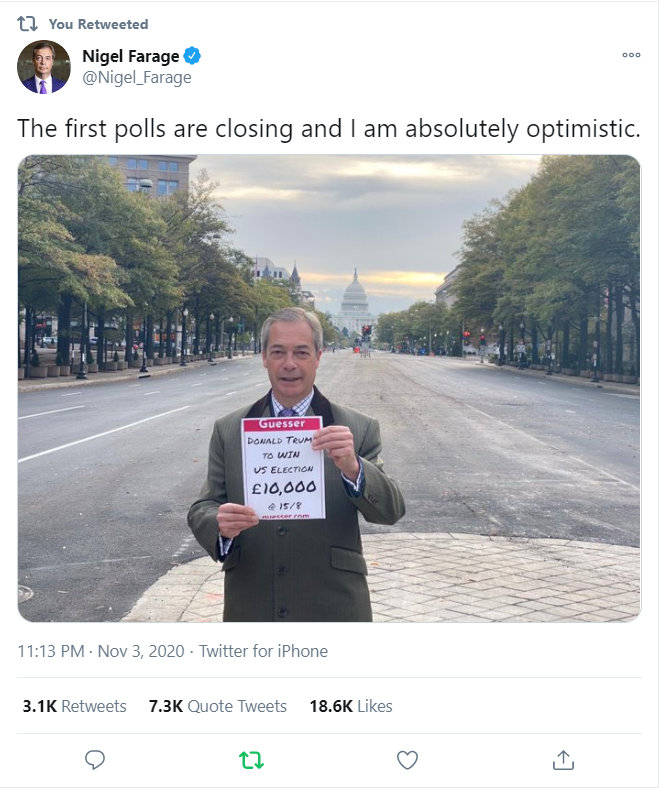 The betting slip is of course a £10,000 bet he made on his favourite candidate achieving re-election. And regardless of what Trump might be tweeting from his bunker or the golf course, it looks like he will have to pay up.

Not that it would make a dent in Farage’s finances, given his opportunistic spirit. He is currently trying to leverage his ability to get angry crowds fired up over people coming and going as they please to…getting people outraged at not being able to come and go as they please. I am of course referring to his recent rebranding of the former Brexit party to an anti-lockdown party, to stay relevant to the most current culture war.

Whether that translates into any electoral power remains to be seen, but he is not just ideological anti-lockdown sentiment he wants to import from the States. It seems like he also wants to bring their voter suppression tactics to our shores.

“The ridiculous postal voting system has contaminated British politics. It is now doing the same in America,” he tweeted, referring to the fact a bigger portion of Biden voters voted by mail.

Alongside mandatory voter ID, this would certainly play into some right-winger’s fantasies of keeping the ‘wrong’ people from voting.

But Farage’s sudden burning disdain for postal vote is somewhat undercut by…himself from last year urging his supporters to vote by mail in the European election. 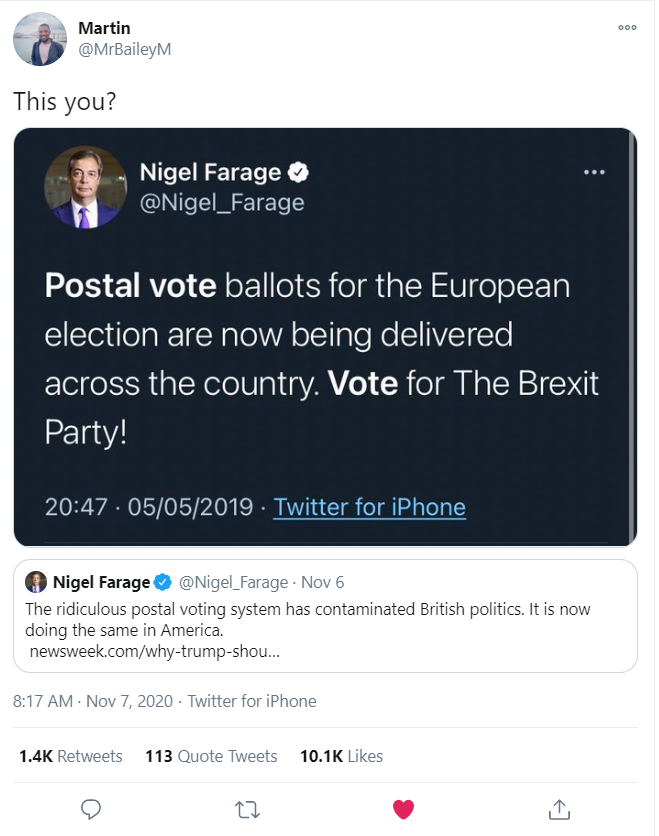 I’m sure that if the anti-lockdown activist bit doesn’t work out, Farage will find or manufacture a contrarian cause to latch onto.