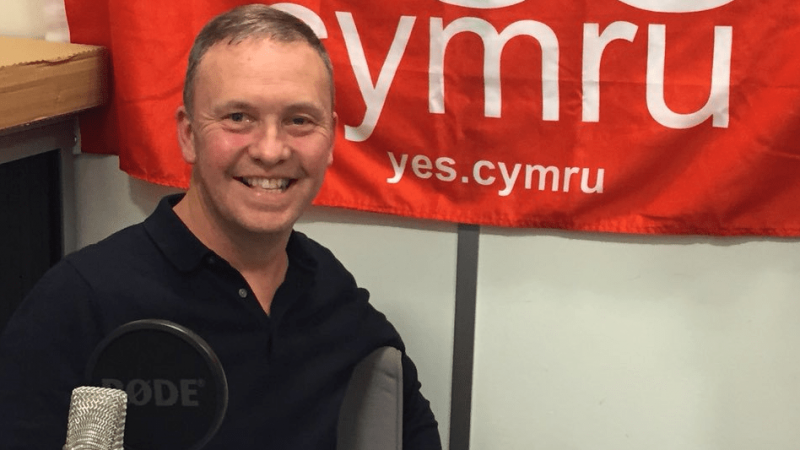 When the chair of the Welsh independence campaign says “I don’t think there’ll be a UK in ten years’ time,” he echoes a sentiment shared by many unionists and indy-backers alike.

Perhaps surprisingly, the pandemic has seen constitutional questions come to the fore again.

Support for Scottish independence has surged, with high levels of trust in Nicola Sturgeon’s handling of coronavirus – even if the policy approach wasn’t particularly different to England. Backing for independence is, at least for now, a majority position in Scotland. But Wales is also seeing growing calls for splitting from the UK. Why?

Tensions between Wales and the Westminster government have been running high for months, if not years. The nail in the coffin to what was initially a ‘four nations approach’ to the pandemic was hammered in last Friday, as Wales began a two-week ‘short, sharp’ circuit-break to stem the rising number of Covid cases.

But the funeral procession for the four-nations approach was already well underway. Wales had already rejected No 10’s shift from ‘Stay at Home’ to ‘Stay Alert’ messaging. And earlier this month, while ministers in England dithered over whether to impose local restrictions, most of Wales was already back under lockdown.

Backing for Welsh independence has climbed steadily from one in four people back in June, to one in three in September, according to YouGov. It is a sign of how much Westminster has bungled communications around the pandemic that this has happened while the Treasury funded much of the emergency response in Wales. By June, the UK Treasury’s furlough scheme had supported over 300,000 Welsh jobs, while Westminster handed an extra £2.2bn in coronavirus funding.

“People back independence for lots of reasons – for a lot of people, it’s because they want better governance. They’ve seen the mess in Westminster over Covid, where money has been given out in dodgy ways. Westminster is a gentleman’s club,” YesCymru chair Siôn Jobbins tells me.

The paradox of this growing independence support is that Wales has been able to forge an independent policy path on Covid, while in the UK. And while control over public health decisions rests in Cardiff Bay, Wales’ Covid transmission rate remains similar, or perhaps slightly higher, than the rest of Britain.

But several moments in the pandemic have provided trigger points for independence sentiment – including concerns that people were travelling in from Covid hotspots in Liverpool to Wales. Mark Drakeford soon put a stop to it, but the England v Wales divide arguably bolstered a nationalist narrative. Meanwhile, Wales’ local-led test and trace scheme has proven more effective than the outsourced scheme in England, potentially boosting hopes that Wales can successfully go it alone.

The question that faces all independence movements has only become more pressing during the pandemic: where will the money come from? How would an independent Wales have paid for the huge costs of the coronavirus crisis?  “We’d do the things any country could do – borrow on the markets, issue bonds, or taxation,” the YesCymru leader says.

Does Wales have the economic base to support these measures though?  “In the 1960s, the Welsh economy was double the size of Ireland. Now Ireland’s economy is four times bigger than Wales…There are poor people here but the country isn’t poor. We have 15% of Europe’s tidal power potential, our tax intake is higher than New Zealand’s, and our GDP per capita is larger than Spain. There’s poverty, but it doesn’t have to be like this,” Jobbins adds.

Since the start of the pandemic, membership of YesCymru has reportedly quadrupled, to over 8,000 members. Scaled for population, a UK-wide organisation with that membership rate would have around 170,000 members.

The YesCymru chair was speaking to me as Labour’s Mark Drakeford, Wales’ First Minister moved closer to backing independence for Wales. In an address to the public, he called for a ‘voluntary association of nations’ in a radical overhaul of the British state. Welsh Labour is feeling the pressure.

Previously an issue dominated by Plaid Cymru, Welsh independence support has spread significantly across the left. At the weekend, Wales Green Party endorsed independence, while some polls have indicated a majority of Labour supporters in Wales now back splitting from the UK.

Though Jobbins says YesCymru is building a ‘broad consensus’, there is no doubt that much of its growth is coming from the left. “Our supporters at the moment are left or left of centre. They tend to be more supportive of devolution.” It’s a ‘peculiar thing’, he notes: “In most countries the right of centre is the more patriotic. In Wales and Scotland it’s by and large the ones on the left-wing. People identify most strongly with Wales voted more strongly with Remain – in England, most people who identified with England voted Leave.”

This left-wing dominance could make Wales’ pro-independence cause vulnerable. A (theoretical) Keir Starmer government in 2024 could offer a radical new federal settlement for the UK. But Jobbins thinks a Starmer government could not prevent Scotland leaving the union. “Scots will have vote on independence in the near future. I’m no prophet, but if Scotland goes, Ireland will reunite.” If that happens, Jobbins believes Wales would follow.

Now the campaign is looking to the Senedd elections next May – and to Holyrood. “The SNP will win, and then I don’t see how Sturgeon can’t hold a referendum. I think they’ll win it. Who’s going to make the argument for the union then?”

The answer is the Tories, the Lib Dems, and – perhaps – Labour. But the Tories seem desperate to undermine devolution, arguably driving up nationalist sentiment. “The Tories were against Welsh devolution in 1997, though they’d accepted it by 2010. Now, they’ve just decided to push anti-Senedd sentiment,” the YesCymru leader notes.

Recent months have seen leaflets from the Welsh Tories excoriating supposedly huge amounts of ‘waste’ from the Senedd. “They’ve decided they want to be in Westminster, to go back to 1970s…though they wouldn’t admit it.” Meanwhile, the Internal Markets bill – designed to take back powers from Brussels and hand them to Westminster – has been branded a ‘power grab’.

“It means Westminster can override virtually anything the Welsh Parliament does…They are doing by the back door what they failed to do in two referendums, which confirmed powers for Wales. People voted Brexit for loads of reasons – not to take powers away from the Welsh parliament,” Jobbins claims.

There is, he adds, “a huge campaign to undermine and underfund the Welsh Parliament.” The Welsh Tory messaging is becoming more vocally anti-Senedd, as the party tries to cleave votes from the Brexit and Abolish the Welsh Assembly parties ahead of May. It could backfire. In the minds of YesCymru activists, this means the choice is independence or nothing.

What next? The medium-term priority for YesCymru is to ensure that Wales has a powerful ‘back up’ option: the power to trigger an independence referendum. The threat could stave off attempts to undermine devolution. But it is a power that nowhere other than Westminster holds – and ministers are highly unlikely to hand it over amid the nationalist tide.

For now, the Conservatives will be hoping that the rise in support for Welsh independence is just a blip. Politics is moving quickly, and support could wane. The long-term trend though is clear: the UK is falling apart. Does Westminster have a plan?