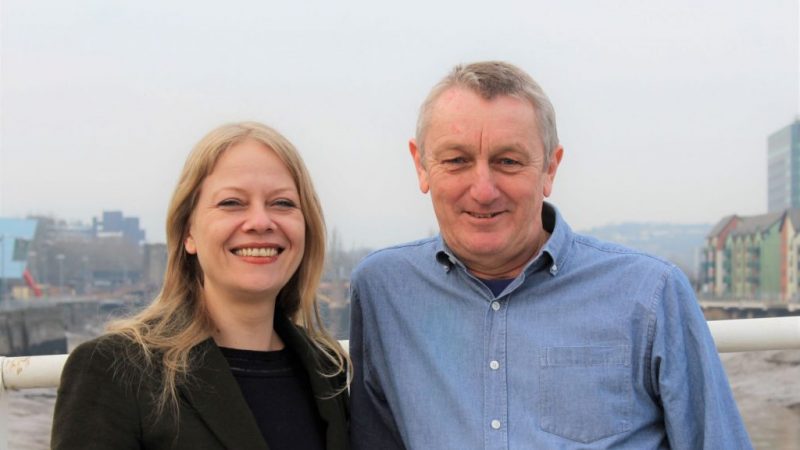 Wales’ Green Party has backed Welsh independence, joining a growing movement for the nation to break away from the UK.

At the party’s virtual conference on Saturday, the party – which is part of the Green Party of England & Wales – voted in favour of the motion: “In the event of a referendum on Welsh independence, the Wales Green Party commits to campaigning in favour of seceding from the United Kingdom.” Around 60 members took part in the virtual vote, out of around 1,500 members.

Support for Welsh independence has grown in 2020, with a poll in August showing the highest backing ever recorded by YouGov. A third (32%) of voters said they’d vote ‘yes’ in a referendum on independence for Wales – up from 25% in June.

YesCymru – the non-partisan independence campaign for Wales – says it has seen its membership quadruple during the pandemic to 8,000 members, amid high levels of trust in the Welsh Government’s handling of coronavirus compared to Westminster. Meanwhile, polls are consistently showing a pro-independence majority in Scotland.

Plaid Cymru is currently the largest force behind independence in Wales, with the party setting out a roadmap to breaking from the UK last month.

Asked how Wales Green Party came to back independence, leader Anthony Slaughter told Left Foot Forward it was a ‘natural evolution’ that showed the party is ‘maturing’.

The move comes amid growing concern in Wales that the UK government’s Internal Markets Bill – intended to streamline rules and standards in the UK after Brexit – will undermine devolution.

“It will, in effect, destroy devolution, claw back powers, and make devolved administrations impotent in many areas…It’s a crisis for Welsh democracy,” Slaughter said. He added that independence is not “about flags and rugby teams, but taking power back.”

In 2015, Wales Green Party said it supported as much power for Wales as possible, ‘up to and including independence’. Many Green policies – such as a Universal Basic Income – are not able to be implemented in Wales without further powers or independence.

The Welsh Greens believe they have the potential to be in the same position as the Scottish Greens, who back independence, alongside the SNP, and have six MSPs. Wales is holding Senedd (Welsh Parliament) elections next May, with the Greens hoping to pick up their first seats.

A recent poll put the party at 3% support across Wales, though the party will hope to pick up more support on the proportional regional list.

The Wales Green Party leader admitted that going independent will be economically fraught. The UK Treasury has provided an estimated £4bn in additional Covid-related funding to Wales during the pandemic, through the furlough scheme and other major policy interventions. “There are smaller countries than Wales that have become viable.…[the economics] will have to have a lot of work done on it,” Slaughter said.

He added that independence is some years away: “Wales isn’t going to be independent in a year or two years’ time – it’s coming down the line… I do believe it’s feasible – Wales can stand alone.”

Though Wales voted narrowly to leave the EU, Wales Green Party ‘definitely want’ to rejoin the EU, he said. But he noted: “Campaigning for independence and re-joining the EU are very different things,” arguing that re-joining the EU would be something for an independent Welsh Government to consider.

Asked about the party’s prospects in next year’s Senedd election, Slaughter believes the party has a ‘strong chance’ in two or three regions: “I really think we’re going to get a big increase in support. [Winning seats] will be a gamechanger for Wales Green Party the and Green Party in the UK as a whole.”

For now, the Wales Green Party will remain part of the Green Party of England & Wales – the question did not come up at the party’s virtual conference, Slaughter says. “It’s quite clear the membership was in favour of staying as one [party] a few years ago.” But he added that independence from the party is England is ‘inevitable and desirable’: “It’s a matter of when, a pragmatic decision.”

Welsh Labour has also been making overtures towards a more independent path for the country, with First Minister Mark Drakeford calling for a ‘voluntary association of nations’ and a radical shakeup of the British state. “He is coming as close as possible to backing Welsh independence,” Slaughter said.

Some recent polls have shown a majority of Welsh Labour supporters back independence.

Anthony Slaughter was elected Wales Green Party leader in December 2018, having previously served as Deputy Leader in 2014 and 2015.